Sridevi in outfits by (from left) Sabyasachi Mukherjee, Anamika Khanna and Manish Malhotra

While the photos of actor Sridevi clad in a red-salmon organza sari by Manish Malhotra at Mohit Marwah’s wedding celebrations in Dubai was circulating all over the social media, we were hit by the news of her sudden death. The shocking news has left the film fraternity and her numerous fans devastated that the iconic Chandni will no longer grace the silver screen. 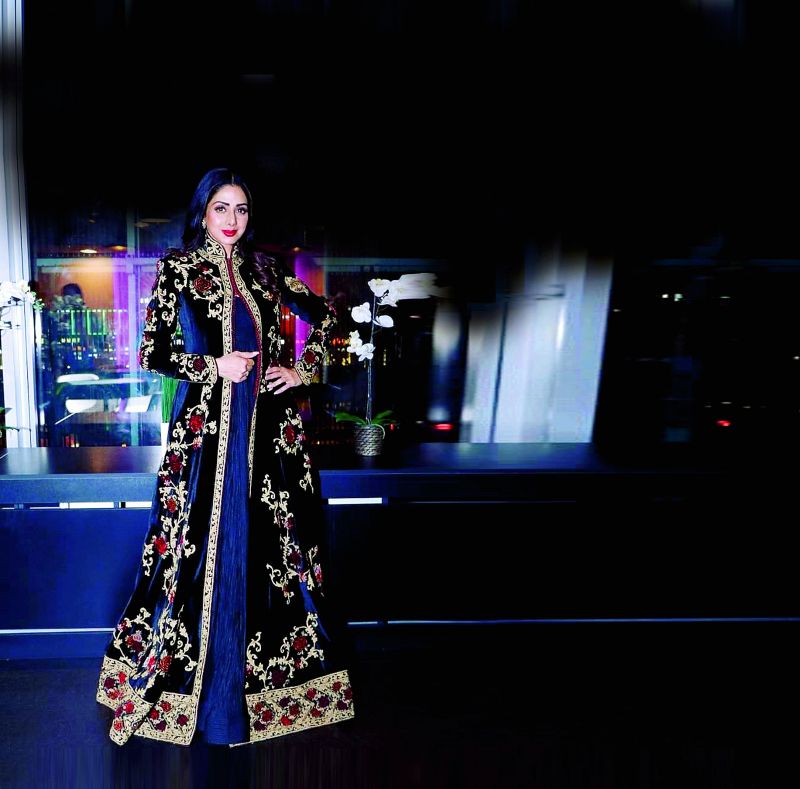 The 54-year-old was not just an acclaimed actor and accomplished dancer but a much sought-after fashionista. Known for her fondness  for ethnic wear, she chose to don some of the most sought-after designers like Manish Malhotra, Sabyasachi and Falguni and Shane Peacock. The first female superstar of Bollywood marked an interesting chapter in the industry’s style — stretching from the ghastly and outlandish to traditional and Western, and that iconic all white Chandni look... but through it all she wore the clothes, the clothes did not wear her.

Reminiscing the earlier decades, designer Payal Jain shares, “Sridevi was the ultimate glamour goddess. She carried whatever she wore with a certain confidence, personal style and elegance that made the most outlandish outfits from Mr India to the simple, sophisticated saris of English Vinglish look equally effortless. She’ll remain close to our hearts with her brilliant and powerful performances and will be deeply missed.”

Adding to it, designer Madhu Jain, whose outfit Sridevi wore for a magazine cover years ago, strongly feels that she had the quintessential body for Indian wear. “She carried off Indian garments beautifully rather than Western. And no could ever look as graceful as her in a sari.”

Sridevi set trends with her looks in (from left) Chandni, Lamhe and Mr India

Sridevi started her acting career in Tamil films as a child artist and her debut as an adult in the late 1970s. “In that era models hadn’t entered the Indian fashion industry. It was only after models entered the scene that the concept of a slim and  tall actress came into being. Prior to that Jaya Prada and Sridevi  had Indian body types yet the way they carried off whatever they  wore with grace was exceptional,” adds Madhu.

Ashish Soni, who recently celebrated his 25 years in the industry, feels Sridevi was a trendsetter. “She was really stylish and made popular various styles that wouldn’t have been  thought of as likely to be trend-worthy.”

Nishant Malhotra, founder of Weaverstory, feels Sridevi helped the sari make a comeback on screen in a sexy avatar. “She was  the reason we saw women venture out wearing whites and she made a traditional garment like the sari turn into the most desirable outfit. She was the reason chiffons and gorgettes made a comeback. Who can forget her looks in Mr India, Chandni and the mesmerising Lamhe. She was truly a style diva.”