Milan: Donatella Versace mixed luxury and grunge in a new collection that recalled the Italian fashion house's key iconographic details from the past decades. It was the Milan fashion house's first womenswear show since becoming part of the Capri Holdings Limited owned by Michael Kors.

Versace said before the show that "grunge is an attitude, that time in life when people were more deep in the sense of thoughts, talking and thinking." She said there is need for more of that now.

Grunge came through in the purposely ravaged cashmere sweaters, held together by Versace hardware, including the Greek-head safety pin, like one that came with the invitation. These safety pins were omnipresent on the runway, securing cut draped mini dresses, on jumpers, skirts and as earrings. The sweater paired perfectly with a tweed skirt with a colourful silk and lace slip peeking out. 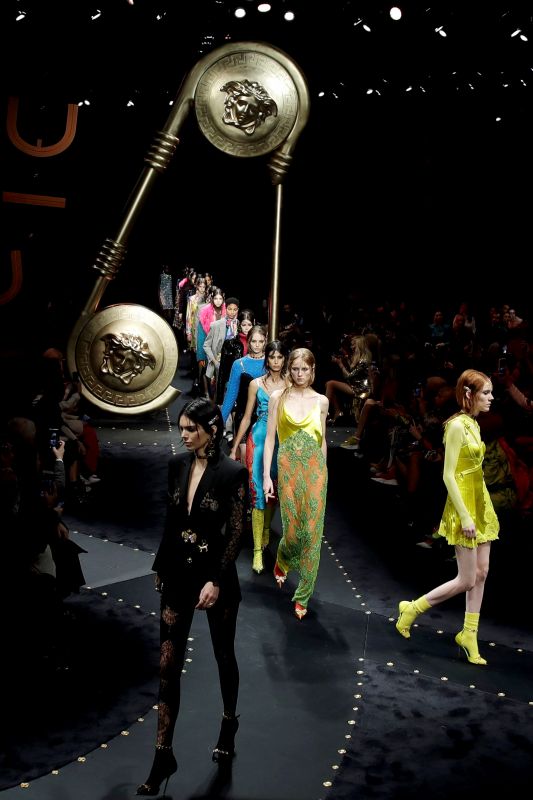 The eclectic mix of colours, inspired by the 1970s, dominated the Versace runway at Milan Fashion Week 2019. (Photo: AP)

Other looks were more eclectic, as if pulled from some 1970s magic trunk of slinky, colourful pieces that layered into fun, upbeat looks including a shimmery turquoise slip dress, to the lace tights and V-branded pink-and-green coat with an acid green fur collar. Versace also played with the house's bondage heritage, with bondage tops laying over ribbed turtlenecks for day or forming the bodice of an evening dress.

She closed on a series of black looks modelled by Gigi Hadid, her sister Bella Hadid, with iconic 1990s supermodel Stephanie Seymour closing the show. "With this collection, I wanted to show that side of a woman that isn't afraid to step outside of her comfort zone because she knows that imperfection is the new perfection," Versace said in her notes. 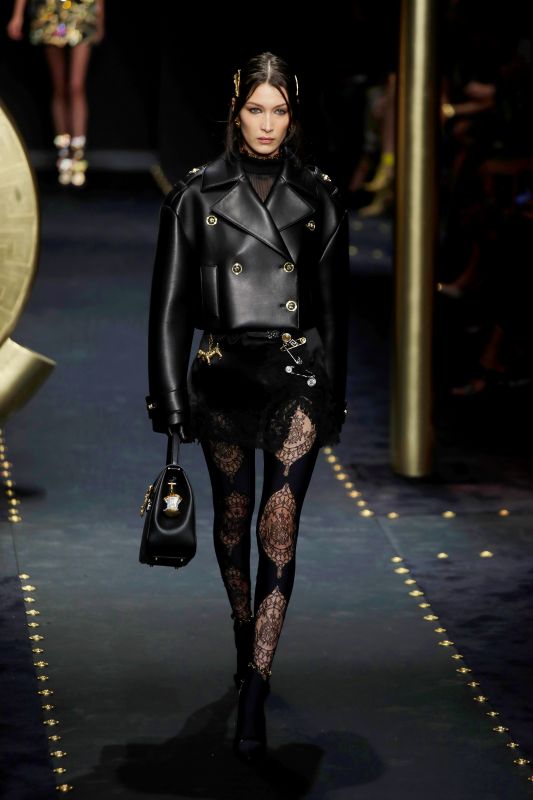 Several looks also paid tribute to “Versace’s storied relationship with fashion photography”, with tops printed with portraits of Donatella Versace by American photographer Richard Avedon, who shot campaigns for the brand. Lace was used for neon-coloured hems on silky slip dresses, usually in contrasting colours or on black trousers suits.

Evening gowns were luxurious, a sparkly orange number with Medusa medallions straps or black frocks with plenty of golden embellishments and belt buckle straps. The footwear was embellished with buckles too.