Several Indian beauties made their debuts at the coveted red carpet this year. (Photo: Instagram @iamhumaq)

The Cannes Film Festival this year saw a barrage of Indian celebrities hitting its coveted red carpet. While several veterans like Aishwarya Rai Bachchan and Deepika Padukone made appearances, we saw several Cannes debutantes as well.

Priyanka Chopra Jonas, now a global star, made her first ever Cannes appearance with her husband Nick Jonas this year. Diana Penty and Hina Khan also made their debuts. These Indian ladies walked the red carpet for two-three days, did photo-calls with the press and also attended the elite Chopard parties in the evenings.

She made her red carpet debut at Cannes in a shimmery Roberto Cavalli gown. The strapless gown was figure-hugging and had a slit up to her thigh. On the bodice, it featured multicoloured sequins which gave the dress dimension. The short train trailed behind her as she walked. The geometric eyeliner and a mauve lipstick completed her make-up. She wore leaf-life earrings by Chopard and wore her hair in loose curls. 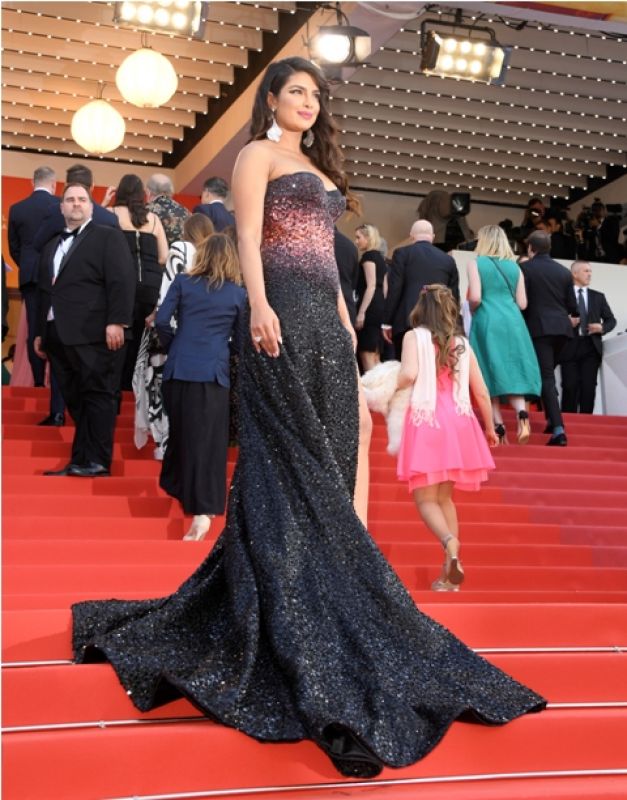 For her second red carpet appearance, Priyanka wore coordinating white outfits with Nick. The off-shoulder Georges Hobeika dress was in bridal white and featured ruffles at the shoulders. Brown lipstick and soft smoky eyes complemented the dress. Priyanka accessorised the dress with a stunning diamond neckpiece and matching earrings by Chopard. 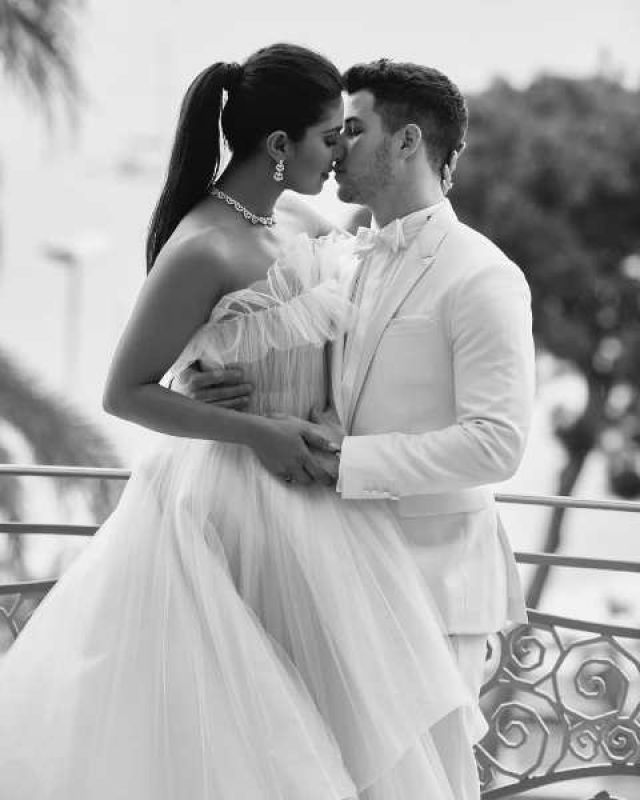 Diana Penty made her Cannes debut this year as an Estee Lauder ambassador. For her first appearance, she wore a Celia Kritharioti golden sequin outfit. The dress has golden fringes hanging from it. She paired it with see-through gold embellished boots. She wore her hair straight and wore a full face of make-up. 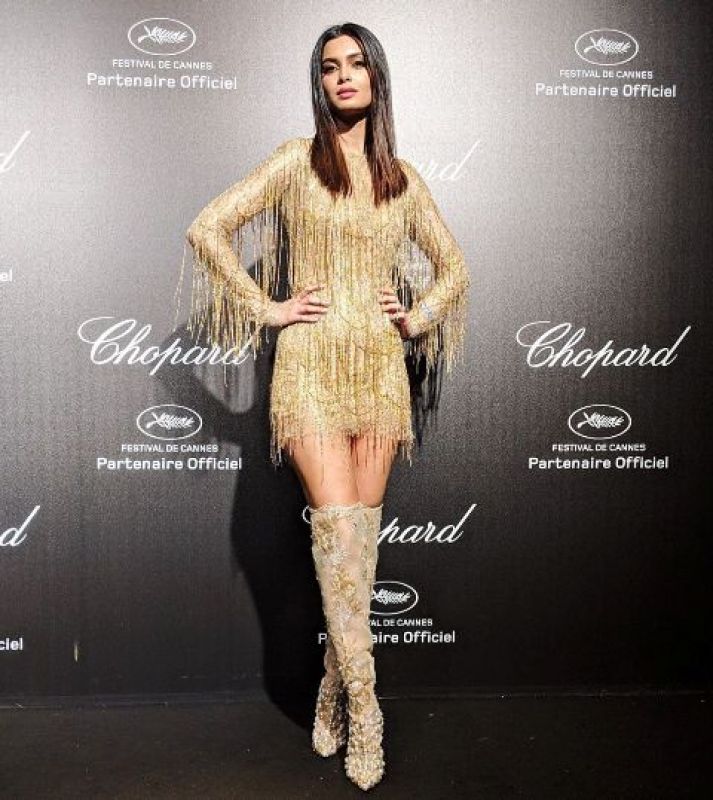 For her second look, Diana wore a silvery white saree by Amit Aggarwal for the India Pavilion by FICCI. The saree had a plunging neck and a tulle pallu. She kept the make-up fresh and wore a bold red lip. She wore an elegant pearl necklace and earrings set with completed the outfit. 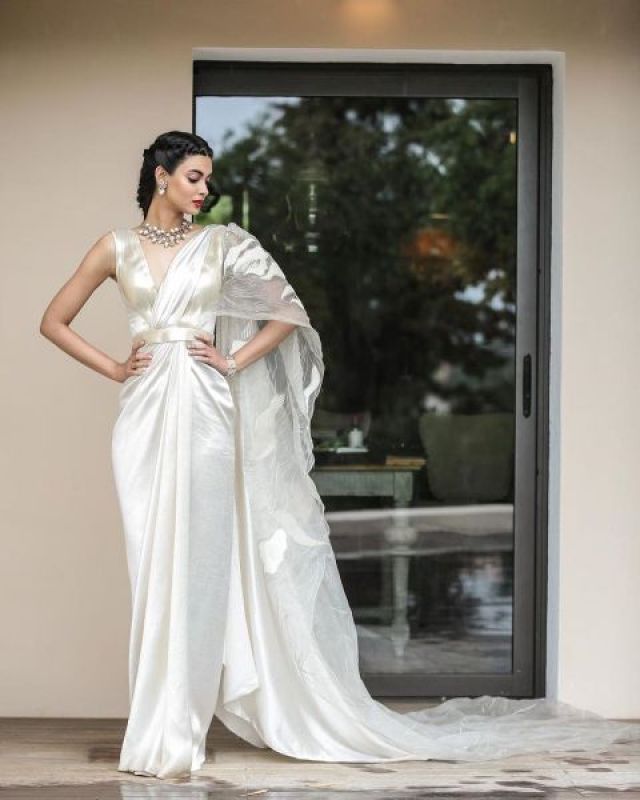 Hina Khan made her Cannes debut this year in a Zaid Nakad embellished gown. The dress had train-like sleeves and created a dramatic look for her on the red carpet. She had her hair pinned to one side as soft curls cascaded onto her face. She kept the make-up natural and dewy and opted for a pink lip colour. 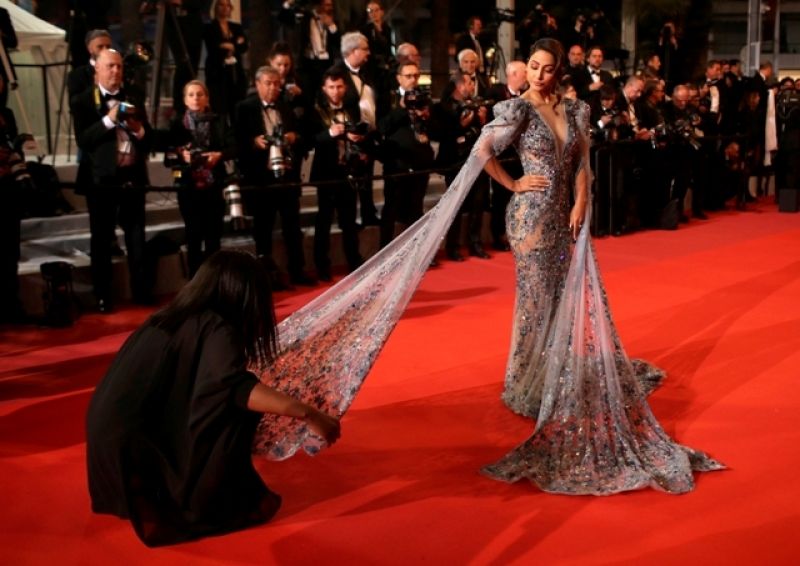 After making a series of appearances in fashionable outfits, she stepped out in an all blue ensemble. She wore separates by Maison Armine Ohanyan. The loose top with flared sleeves was paired with wide-legged trousers. She kept her hair curly and make-up simple. She accessorised with rings and matching earrings. 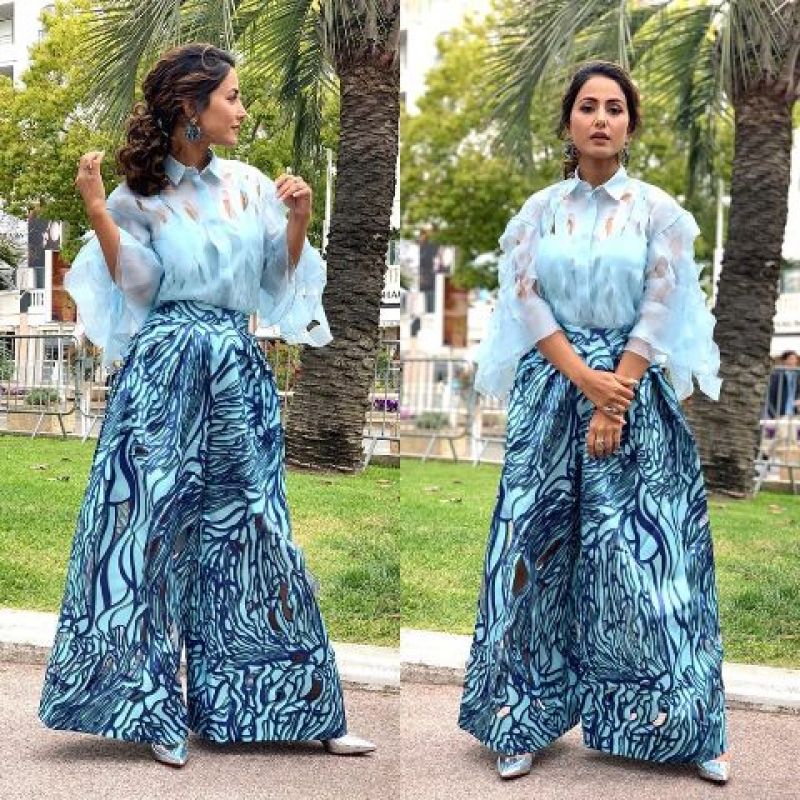 Swirl around in a Kaftan