Indian artisans getting a raw deal?

Big fashion houses have been reported to be exploiting of Indian workers.

At design school in America, Payal Jain got to see the fabulous embroideries by French master Francois Lesage. However, what Payal didn’t realise was that the outstanding handwork had been created by skilled Indian artisans. Of course, Lesage never revealed it, till much later.

Payal would soon discover a similar truth about Fendi’s mirror-work bags that were all the rage in the ’80s and sold for thousands of pounds — they were done in a small village in Gujarat!

The New York Times recently published an article titled ‘Luxury’s Hidden Supply Chain’ revealing the exploitation of Indian workers by big fashion houses as they rake in the moolah and the workers toil in “caged windows with no emergency exits” and are made to “work 17 hours a day”. Ironically, many designers claim to have known about this exploitation even before the NYT article but now it was out in the open.

“The West has been exploiting our rich traditional heritage without even bothering to give us due credit. That’s why I held the first South Asian Conference in Delhi, on March 3, 2020 where we talked about how we can stop incidents such as the Rana Plaza disaster, which killed 1,134 and injured over 2,500 people,” articulates Payal, referring to the eight-storeyed building, called Rana Plaza, that housed a couple of garment factories, which ended in shambles when the building collapsed in 2013. “We need to make our factories safe and fair and have a certification like in other countries around their imports and exports,” she adds. 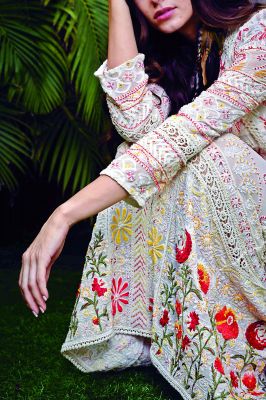 Garment export is a prominent industry in South Asia and a major source of revenue for countries in this region, especially India, Sri Lanka and Bangladesh. Sustainability and working condition inside the factories and workers’ well-being are critical issues for the growth of this sector.

However, India, the third largest exporter of textiles in the world whose textile and apparel export is expected to cross US$ 82 billion by 2021, is one of the biggest polluters. It employs a work force of over 45 million — 60% of whom are estimated to be women — which contributes roughly 15% of India’s current export earnings. The focus on this industry has amplified since the Rana Plaza tragedy.

“Looking at the critical state of affairs, we decided to organise a conference focused on sustainability in the broader impact on South Asia and includes the garment industry in South Asia-India, Bangladesh, Pakistan, Sri Lanka, Nepal, Bhutan and Maldives,” adds Payal.

Aniket Satam, a designer and fashion professor in Mumbai, attempts to bring in a change. “I believe in growing with people who helped me grow.” So, my main pattern master is my pattern cutting professor herself. Moreover, we have a fixed payment system, which ensures that payments get directly transferred into employee accounts. Additionally, we also offer health insurance. A healthy and safe work system is what enriches our business.”

However, Aniket points out how as Indians, we don’t respect our own artisans enough. “Most of the premium embroidery and surface develop export houses hail from India so I think making them aware and sensitizing them to those facts is the need of the hour,” he says.

Aniket talks about how our own designers show the same level of workmanship in their couture and pret lines. “They use the same embroideries for both markets... The karigaar earns same. While western embroiderers wear a lab coat and put two beads and charge a bomb! Is that fair?”

One prime challenge is the middle men that international couture houses approach thanks to the geographical barriers. Fashion designer Rina Dhaka, agrees that one needs to work directly with clusters, adopt them and if they are associated with a cooperative or NGO, eliminate the middleman.

Payal says, “I work in Banaras and Lucknow with clusters and I look after the artisans there. But when I work in Gujarat, I have a ‘middleman’ there who understands the local language and so I utilize his assistance to help me communicate, but my using that resource is restricted to just that.”

Other designers such as Aneeth Arora have adopted clusters. There are more upright designers such as Paromita Banerjee and Pratima Pandey who work only with craftsmen and one craft all year round so that the artisans don’t have to go seeking work.

However, unlike Paromita and Pratima, Aartivijay Gupta, known for her eclectic prints, has a different agreement with her craftsmen. To begin with, she doesn’t work with them for longer than 30 to 60 days on an average. Moreover, payment is as per artwork, not daily or monthly as the effort is to push them more into art so they pursue it further. “We work with different artisans every season. And as the art form is different every season, we usually have the artisans making specific artwork for us, which we buy off,” elaborates Aartivijay.

Designer Gautam Gupta counters as a myth that workers in the industry put in more than the standardised hours. “The physical labour itself is too much for them to work for more hours. Moreover, in the handloom sector to incentivise weavers one has to pay more than they get in power-loom sector. So they get Rs 15,000 to Rs 20,000 per month for 8 hours work per day,” he states. “There might be some small units that work on ‘jobs work’ and get work from bigger units that have such appalling and inhuman conditions.”