Supermodel Karlie Kloss and Vogue editor in chief Anna Wintour led fashionistas braving 11 degrees Fahrenheit (-12 Celsius) on one of the coldest weekends in 20 years in New York on day four of the style bonanza that wraps up Thursday.

Beckham began the day by sending a boyish yet fine-tailored feminine collection down a carpeted runway, with her English footballer husband David, and their children Brooklyn, Romeo, Cruz and Harper front row.

Beckham's answer to wrapping up warm is layering up, so spaghetti strap dresses were paired with luscious ribbed knits, checked double-breasted coats with ribbed sleeves and knitted leggings. 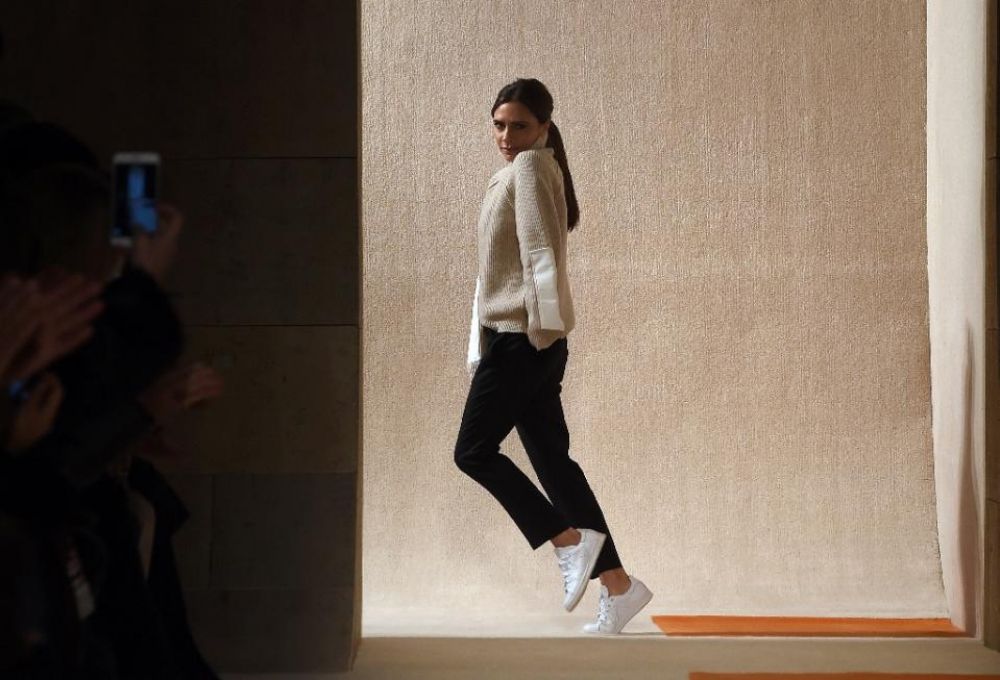 "I don't know what to say, I feel quite overwhelmed, so I'm really happy," said the English designer backstage after winning praise from style editors, dressed unusually casually in white sneakers, tailored dark trousers and an oversized white sweater.

"There are some more masculine fabrics, which I've used," she told reporters.

"It feels like a very feminine collection to me but I love adding those menswear elements to really toughen it up."

Beckham, whose second store opens in Hong Kong in weeks following the success of her Mayfair boutique in London, said she used light fabrics to take into consideration her clients in different climates. 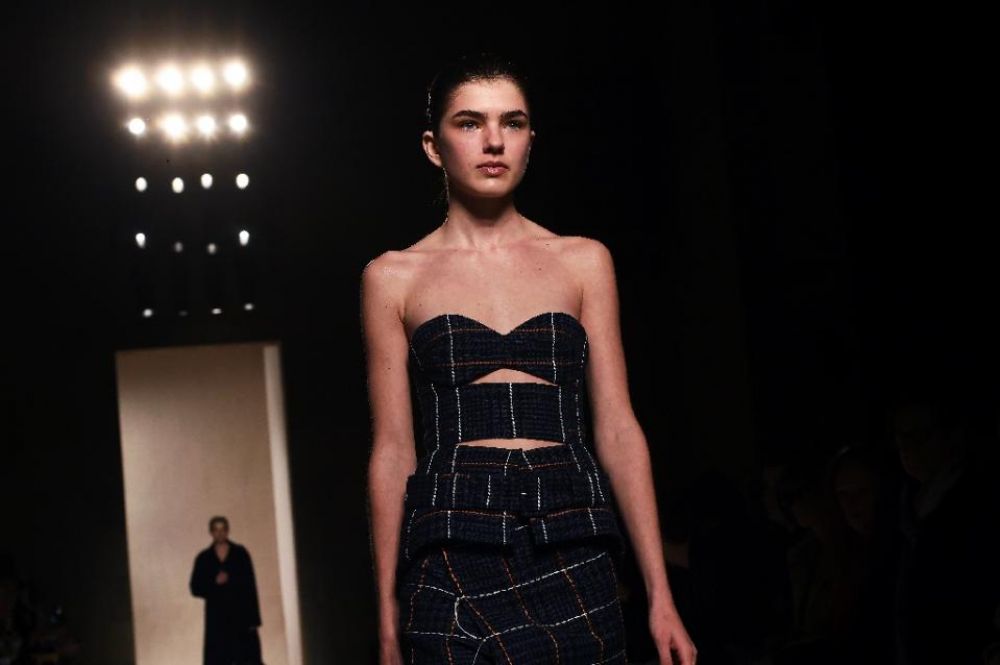 "I really love Asian women, I feel that they really understand fashion and it seemed like the perfect place for the second store."

There were coats galore but also plenty of bare shoulders.

"I just wanted to look at what I've worn and what I love and just rework those pieces to make them feel new and fresh, and just show how my personal style has evolved," Beckham said.

One well-wisher presented her with a beautifully crafted posy of pink and white roses backstage and wished her a happy Valentine's Day.

But when asked if she had special plans later Sunday, the 41-year-old mother of four said: "I'll be working!"

Diane von Furstenberg dispensed with the catwalk to invite her guests to celebrate Valentine's Day and "love power" by sipping champagne and nibbling vodka jelly hearts as models danced.

She hosted the event at her studios in the Meatpacking District, where Kloss wore a long golden wrap dress, and models of the moment Gigi Hadid and Kendall Jenner posed and danced in a little tableau.

Von Furstenberg also joined them briefly, throwing a few shapes with the models to the strains of 1979 disco hit "We Are Family."

Prabal Gurung, the New York-based Nepalese designer, summed up his collection as a fashion designer's take on magical realism inspired by French artist Henri Rousseau's 1905 oil painting "Woman Walking in an Exotic Forest" and the 1813 poem "She Walks in Beauty" by Lord Byron.

There were luxurious oversized coats with exaggerated fur collars.

A designer who often finds inspiration in nature, he opened the show with models dressed in snow white, and intricate feather and leaf designs were picked out on coats in prints and hand-embroidered lace.

His coats were breathtaking, such as a snow wool duffle coat with white fox fur trim, and an oversized pale blue jacket with an enormous pale blue and midnight blue fox fur trim collar running down the front.

"Amazing," "wow," breathed members of the audience as Gurung appeared for a little wave at the end of the show and a burst of applause.