Designing for the skippers Dev and Dhoni

Designer Abhisek Roy who owns the brand Bohurupi talks about his stint styling for Dev and Dhoni for an Arindam Sil directed ad.

The two World Cup winning captains of Indian Cricket, Kapil Dev and Mahendra Singh Dhoni were recently in Kolkata on the cricket pitch at Eden Gardens.

The duo was seen bowling and batting against each other in the heat, all for a commercial shoot. 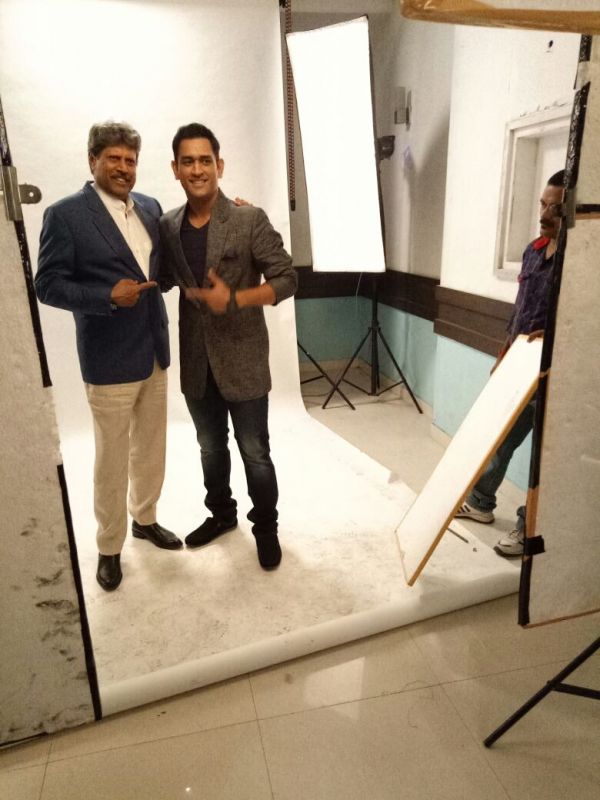 Kapil Dev and Mahendra Singh Dhoni during the shoot.

The shoot for the ad film that was directed by noted filmmaker-actor Arindam Sil, (directing his first television ad) and is of 33 seconds in duration saw young designer Abhisek Roy style the famous duo for the still photo session. The TVC itself was styled by the well known designer Sabarni Das.

Speaking about it, Roy, who has been in the industry for the last two and a half years, says that it was definitely a defining moment for him as a designer. 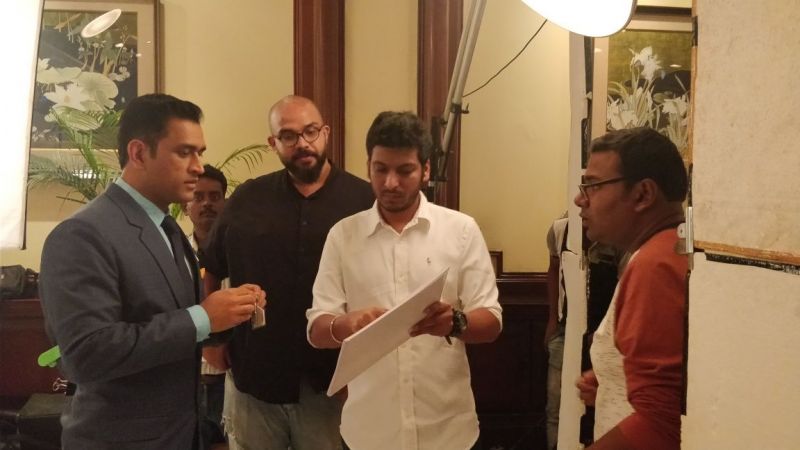 Abhisek looks on while Mahendra Singh Dhoni gears up for the shoot.

The man behind the brand Bohurupi who believed that associating with the two World Cup winning captains was just “awesome,” says, “Working with the two pioneers of our cricket team is indeed a highlight of my career.”

The first thing that Roy had to keep in mind while designing Dev and Dhoni he says was the fact that the two are sportsmen and not fashion models. There were already some restrictions, as they were not that open to much experiment with fashion,” he says, adding. “I had to plan out things which were a bit formal yet stylish and elegant.” 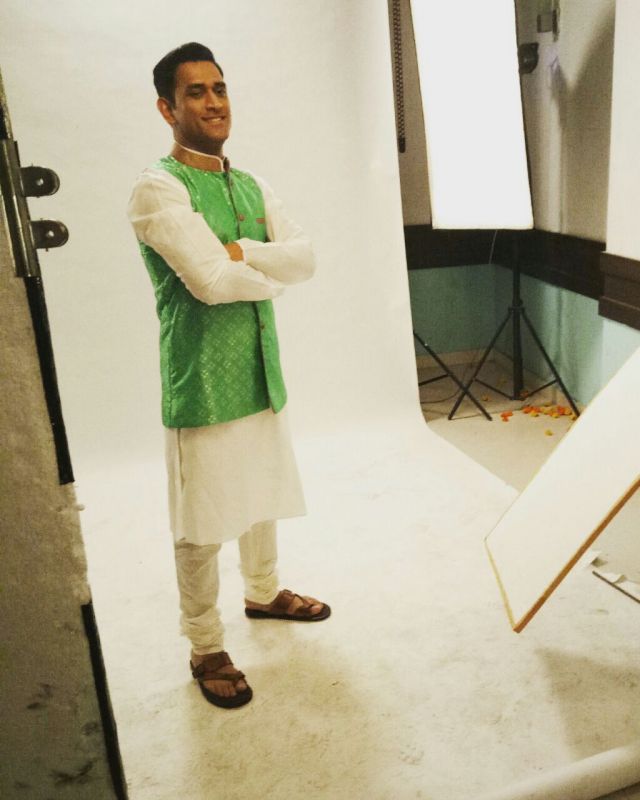 Mahendra Singh Dhoni during the shoot in an Indian attire.

However, the 27-year-old admits that despite the gravity of the situation, he did have a fan-moment when one of the stars walked in!

“For me the fan moment was when Kapil Dev entered the hotel room while I was waiting for the trial,” he says, adding, “But after meeting him everything went very normal, he is an extremely humble person, and so is Dhoni.” 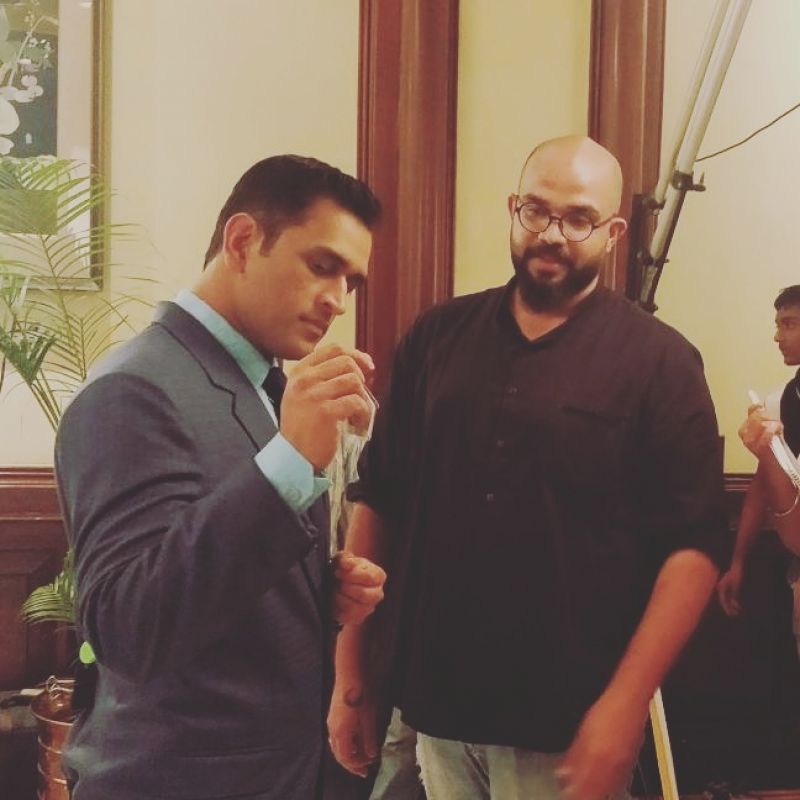 Dhoni and Roy share a light moment together during the shoot.

Roy who defines his fashion sense to be an eclectic mix of ‘simple, quirky and comfortable,’ goes on to add that the ad shoot saw a colour palate which was more of blue, white and a little bit of orange, keeping in mind, the brand identity. “The shades of blue were fixed keeping in mind the skin tones of the two players.”

Roy who prefers using organic and natural fabric like cotton and linens reveals that he finds Ujjawal Dubey of Antar Agni’s work commendable among the current crop and finds inspiration in Sabyasachi.

The youngster for whom fashion is something where one carries himself/ herself with confidence and comfort, concludes, “The advertisement was mainly for festive wears for different festivals of India, and featured attires and ensembles as such.”