The most daring style of bikinis have just made their way into the fashion world. The risque fishnet leaves little to the imagination. (Photo: Instagram @arianna_ajtar)

Women’s swimwear has been around since the 1920s. They evolved from high-necked, long-sleeved garments to those that cover the bare minimum. Bikinis then went on from becoming a social taboo to a widely-accepted form of clothing.

The 1940s was the first time that the midriff was exposed. Mexican actress Dolores Del Rio was the first big movie star to wear a two-piece swimsuit onscreen in the movie ‘Flying Down to Rio’ in 1933. By the 1980s, bikinis had become the most popular form of beachwear around the world.

Sharmila Tagore became the first Indian woman to wear a bikini on screen in the 1967 film ‘An Evening in Paris’. She was then followed by Zeenat Aman, Dimple Kapadia and Parveen Babi, her contemporaries in India cinema. Sharmila Tagore also posed on the cover of Filmfare is a sexy two-piece bikini. 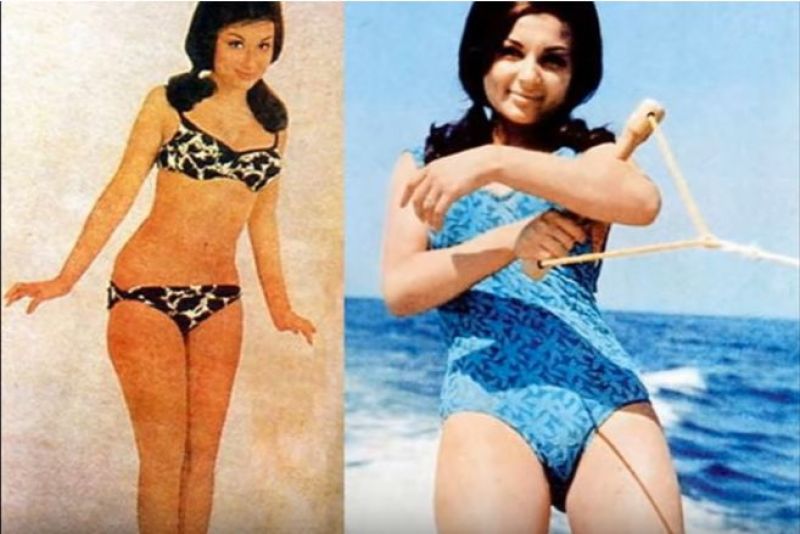 Sharmila Tagore was the first Indian actress to wear a bikini. She wore a blue one-piece in a movie and a two-piece for the cover of Filmfare magazine. (Photo: Screengrab/YouTube)

Bikinis are now available in a myriad of designs, patterns and cuts. Each era saw the emergence of a new trend. They went from modest to daring in a span of a few decades. When high-cut swimwear made their entry in the market, it was perceived as the most daring style of bikini. 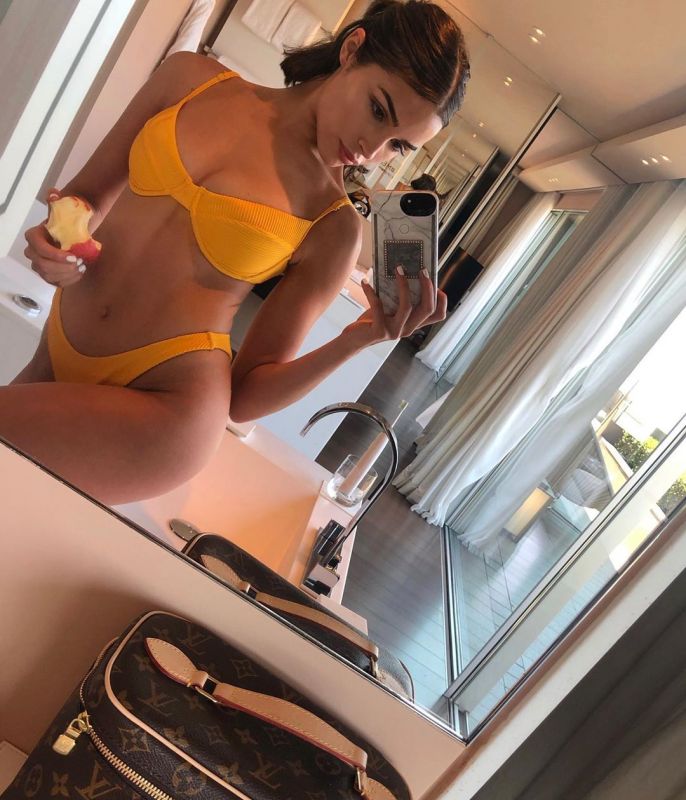 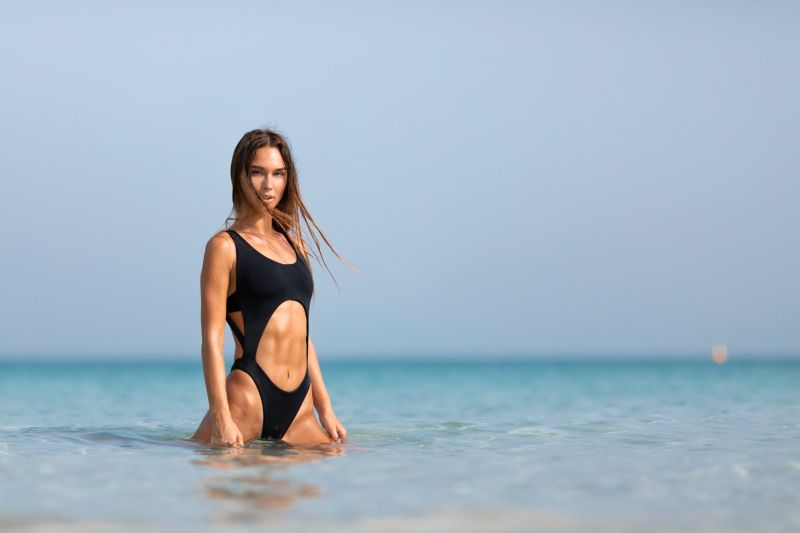 The one-piece with a cut-out is a sultrier version of the otherwise modest design. (Photo: Representational/Pixabay)

The modest tankini (a tank top with a bikini bottom) started making way for more bolder styles. The 1980s saw the emergence of the string bikinis; a G-string underwear and a bikini top secured by strings at the back. They were introduced to US from Brazil. 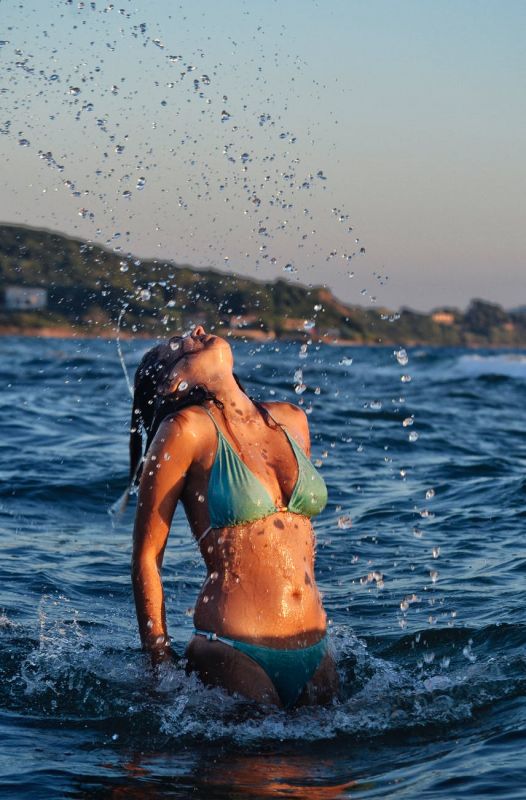 The string bikini is one of the more popular variations. They have not gone out of style since the introduction. (Photo: Representational/Pixabay)

Fishnet bikinis have just entered the bikini market and it is taking the fashion world and social media by storm. Fashion brand ‘I Saw It First’ is paving the way for the racy trend with their fishnet bikini. Older bikini styles just used the fishnet as an added oomph element. It was either used as decorative trimmings or as panelling over cloth.

The new fishnet bikini is made entirely of the material; the top as well the bottom are completely see-through. While it is made from a smaller weave, it is still quite a racy garment. This trend make take a while to pick up, as it is the most risqué style of swimwear yet.

The bikini top is designed like a 90s sports bra, with spaghetti straps. It also has a thick band at the bottom for additional support.  The bottom is similar to a high-cut bikini but is slightly more modest. It is high-waisted and the overall design of the bikini is very reminiscent of the 1990s.

While this is a very fashionable trend, it may not be the most practical. The fishnet is fairly see-through and leaves very little to the imagination. Because of this, this bikini would be a little problematic if one were to wear it at a family beach. Not to mention the awkward tan lines it would leave at the end. But like every other eccentric fashion trend, we can expect this to rage for a while before dying down.

For that fresh, dewy look