It was fashion that added some ebullience to what seemed like a remarkably restrained telecast of the Oscars from the Dolby Theatre, Hollywood on Monday morning Indian time. After an ‘all-black’ dress code at the Golden Globes and the BAFTA’s to support the ‘Me Too’ and ‘Times Up’ campaigns, Hollywood celebrated the evening in a kaleidoscope of vivid colours, flattering silhouettes and uncontrived make-up. 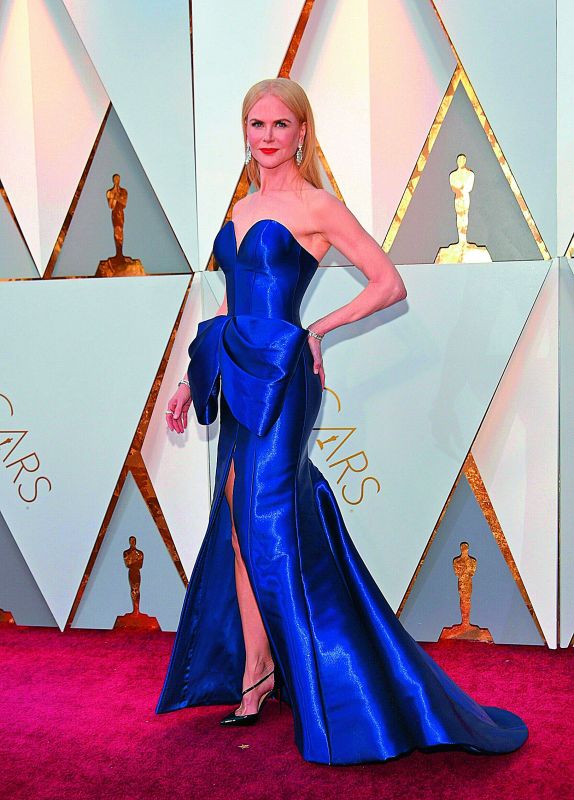 RED CARPET RULES
Celebrated actors Meryl Streep, Emma Stone and ‘Best Supporting Actress’ winner Allison Janney paved the way for the colour of the evening — red. Streep was dressed in a flattering V-necked gown with a cinched waist by French house Dior while Stone was both daring and elegant in her red jacket and black trousers. With her statuesque 6-foot frame Janney was the perfect model for the plunging neckline and floor-length sleeves of her Reem Acra gown.

Other beauties who were resplendent in bright hues included Nicole Kidman in a show-stopping blue Armani, Viola Davis in Indian-pink sequins from Michael Kors and presenter Elza Gomez in a banana yellow Ralph Lauran dress. Special mention must be made of 86-year old Rita Moreno’s beautiful black gown — the same gown she wore to the Oscars in 1962 where she won! 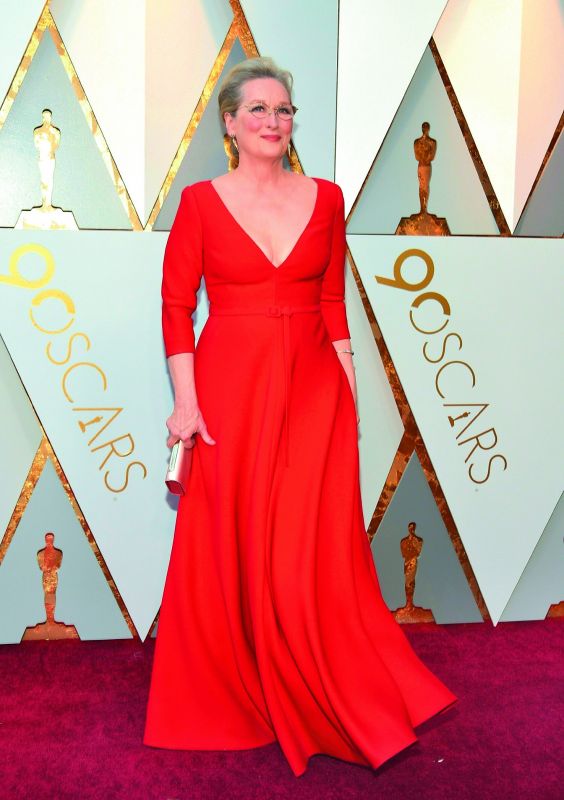 CRITICS’ CHOICE
Film stylist and designer Chaitanya Rao applauded the bright colours of the evening wear but lamented on most of them being “safe choices”. He said “I really like Saoirse Ronan’s pink dress from Calvin Klein. Very modern. While the Oscars will always be one of the most fashionable events of the year, I think most actresses dress for comfort these days! Obviously, the show goes on for three hours and what if they have to run up and accept an award?”

What if indeed. A few years ago a flustered Jennifer Lawrence tripped on the way to the stage. Another fashion favourite Tina Vincent loved the red on the red carpet — “I love red! So I think Allison Janney’s gown was the best look for me. I also loved the unique look of Lupita Nyong’o’s chain mail Versace gown.” 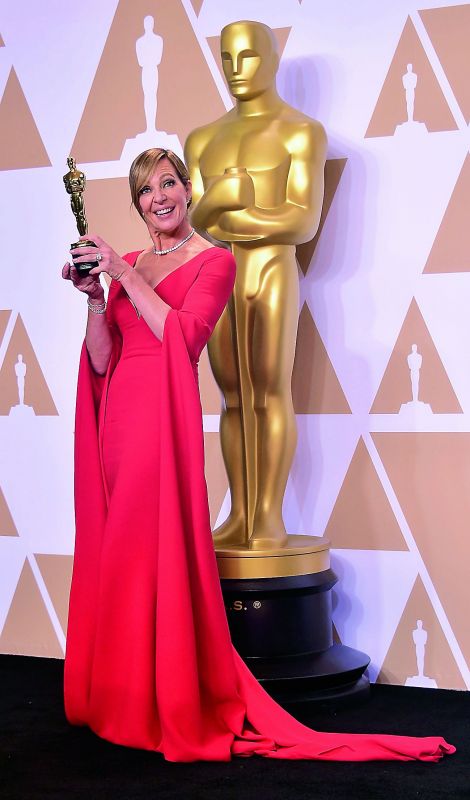 THE INDIA CONNECT
Whilst red-carpet favourite Priyanka Chopra was notably absent — she posted that she was unwell on her Instagram account —India was not forgotten at yesterday’s ceremony. The Oscars’ ‘In Memoriam’ section paid homage to recently departed Sridevi and the legendary Shashi Kapoor. Indian-origin comedienne Mindy Kaling looked fantastic at the Vanity Fair’s party in a form-fitting black dress from Prabal Gurung and shoes from Roger Vivier.

Another touching India connect was when acclaimed filmmaker James Ivory paid tribute to the late Ismail Merchant — his romantic and film-making partner of 44 years. Ivory (89) won an Oscar for screenwriting the coming-of-age romance Call Me By Your Name and acknowledged his partners Merchant and writer Ruth Pravar Jhabvala in his speech.