Celebrities and designers picking up ‘destination jewellery’ for their sojourns

Wear them. Flaunt them. Dazzle in them. And even if you happen to lose them, it’s not a bother. Say hello to destination jewellery. Recently, reality TV star Kim Kardashian West was held at gunpoint in a lavish, apartment in Paris, and robbed of jewellery reportedly worth $9 million.

This is a real nightmare that most  celebrities dread. With social obligations, weddings  and press conferences to attend across the world, stars are compelled to carry with them a bevy of precious ornaments.

Here’s where destination jewellery makes an entry.  Made up of semi-precious material, destination jewellery is handy while travelling to foreign locales. “Many of our clients complain of losing their solitaire rings and earrings when they are travelling, and when they have to change them frequently,” says Neeta Goyal, designer at Diosa, “So, we use silver instead of gold to craft pieces, and have a mix of semi-precious and synthetic stones that are cut in the same way as diamonds. Since we have them handcrafted by the same craftsmen  who make luxury lines, the quality of the jewellery does not suffer, while the price is as less as one-tenth of the original.” 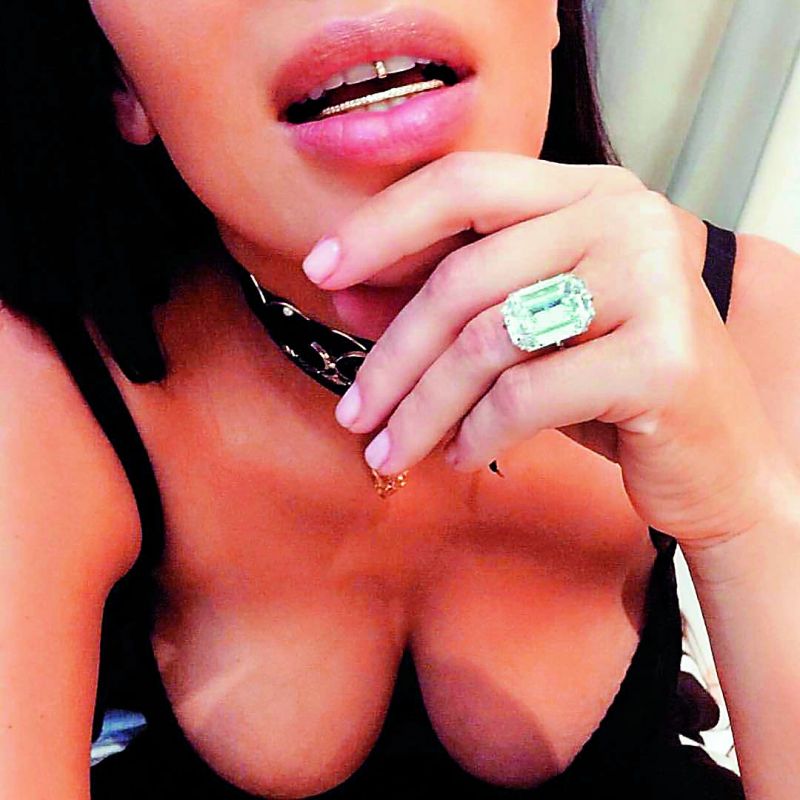 Jewellery designer Farah Khan Ali says that the idea of destination jewellery is derived from the concept of destination weddings. “You can get a good quality piece of jewellery for anything between Rs 10,000 to Rs 30,000. You’d rather be secure when you’re travelling and partying, instead of having the headache of carrying your original jewellery — those are more of a liability,” says designer and stylist Sonaakshi Raaj. “

Actress Sophie Chaudhary chips in, “These days, our jewels aren’t even secure in a hotel safe and carrying them along while traveling is definitely not worth the stress. I think you can get amazing statement pieces instead, and they look a lot cooler too.” Both Farah and Sonaakshi recommend destination jewellery.

“This is the perfect solution for those who have to attend a lot of functions and weddings abroad,” says Farah. While Priya adds, “You can get beautiful pieces of traditional costume earrings for anywhere between Rs 2,000 to Rs 20,000. Full sets, which would cost up to Rs 30 lakhs were they real, cost only about Rs 50,000, when you opt for destination jewellery.”

She, however, says that it’s the gems that are usually expensive, but there’s a middle way out for those who don’t really enjoy the feel of destination jewellery. “Some people buy gold jewellery and have them customised with semi-precious stones, since it’s the gems that cost the most,” she says.
— With inputs from Dyuti Basu

For that fresh, dewy look