A starry farwell to Lagerfeld

Model and actor Cara Delevingne in a creation of the Chanel ready to wear Fall-Winter 2019-2020 collection, presented in Paris on Tuesday. (Photo: AP)

Paris: Chanel paid a classy tribute to Karl Lagerfeld Tuesday as it presented his final collection at the Grand Palais in Paris, the scene of some of the legendary designer's greatest triumphs.

With fashionistas and Hollywood stars Kristen Stewart and Marion Cotillard in mourning black and Penelope Cruz on the runway, Chanel turned the Grand Palais into an Alpine wonderland for the show.

The vast vaulted venue where the "Kaiser" loved to stage his mega-shows became a set worthy of Lagerfeld at his showman best, with a dozen chalets with smoking chimneys and drifts of springy artificial snow.

The workaholic creator, one of the most prolific designers of the past century, died aged 85 on February 19, less than a month after missing a Chanel haute couture show at the Grand Palais. 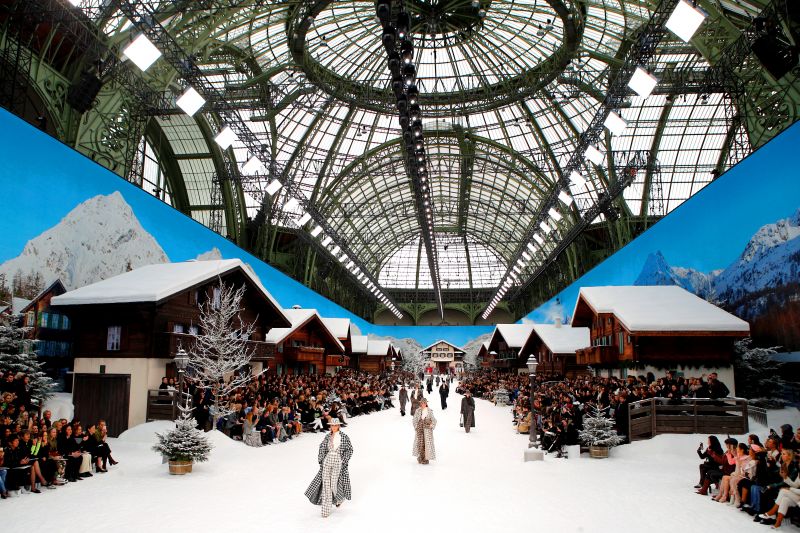 Chanel turned the Grand Palais into an Alpine wonderland for the show. (Photo: AP)

The tribute began with models gathering on the steps of the grandest chalet to observe a minute's silence in honour of the German-born designer who led the iconic French house for nearly four decades.

Then Lagerfeld's voice was played, with him recalling how Britain's Queen Elizabeth II said that arriving at Chanel was "like walking into a painting", something which could equally be said of the set of his final show.

Lagerfeld's friends had insisted that the famously straight-talking creator would have detested a lachrymous display of grief. A few tears did fall at the end, however, when the models returned arm-in-arm to David Bowie's anthem "Heroes" and its rousing chorus "We can be heroes".

Lagerfeld's successor Virginie Viard appeared for the briefest of bows at the end, with Chanel saying later that the collection was a joint effort between her and Lagerfeld, who had leaned heavily on her in his later years. The autumn winter line began with actress Cara Delevingne wearing a black and white hat and coat in an outsized houndstooth pattern with big bell bottom trousers, which were repeated throughout the collection. 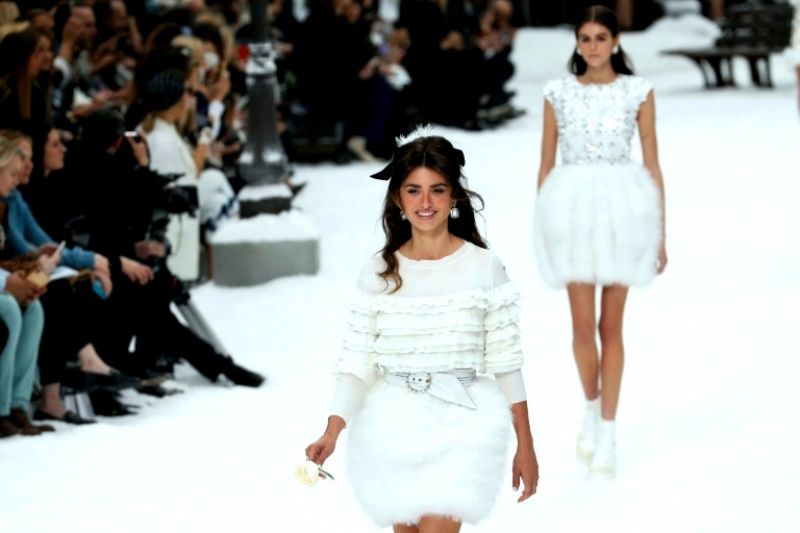 A series of rustic Alpine and Scandinavian pattern skirts and jumpers worn with shearling-edged climbing boots followed before a line of fuchsia-coloured ski jackets and streetwear segued into white evening wear.

Little known to the general public, Lagerfeld called Viard his "right and left hand", and Chanel's owners moved swiftly last week to scotch rumours that her time as head of the house would only be temporary until they line up another big name. In a statement, the Wertheimer family confirmed their "confidence in the team that worked with Karl Lagerfeld for over 30 years".