As there are already many people who design clothes and own online designer boutiques, Safiya wanted to try out something new.

In the present scenario where options are aplenty for those who decide to chase their dreams and make it big, what matters is only the path taken towards success. The more unique and creative one is with the execution of their ideas, the more success and fame they can garner. Safiya Basheer, a young entrepreneur from Muvattupuzha, is an ardent follower of these thoughts, which led her to start shoe designing, a talent that has made her a businesswoman enabling her to make money for herself while abiding by the constraints at the same time.

Designing has always been Safiya’s forte and despite getting married at a young age and having a little one, she was clear in her mind that she would use her talent to carve a space of her own. Ask her about the thoughts that inspired her to venture into something like shoe designing, Safiya says, “Though I got married right after my graduation, I had decided that I was not going to sit idle at home. However, it was hard for me to go for a full-time job and therefore I continued my studies, which I had to drop when I came to know that I was carrying. 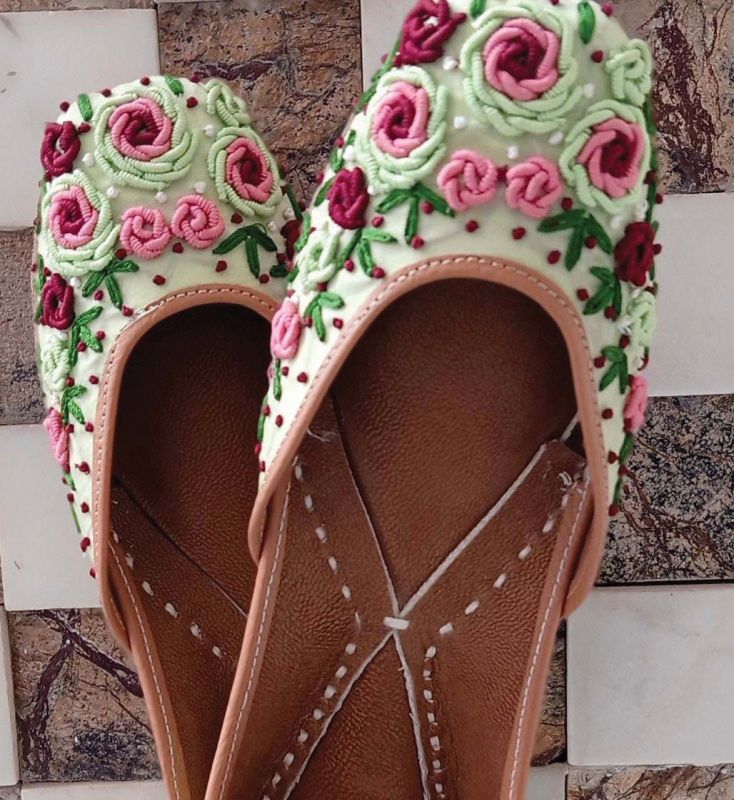 After having my daughter I immediately started researching how to indulge in various online business activities so that I could stay at home as well as do something that I liked. Though I initially started as an agent who sources clothes and other accessories from manufacturers and delivers them to the customers, I soon got bored with it as there was nothing unique in what I was doing. I then understood that I could give an outstanding result only if I did something that I loved, which was designing.” 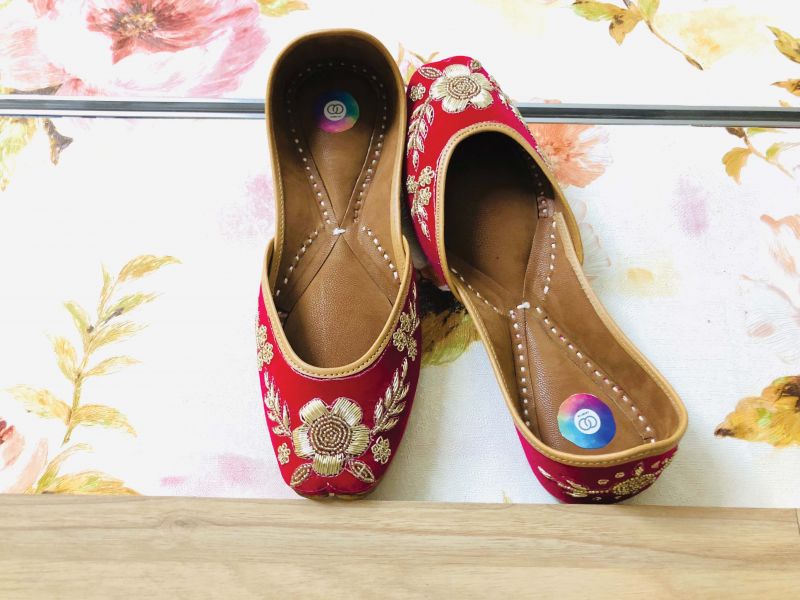 As there are already many people who design clothes and own online designer boutiques, Safiya wanted to try out something new. This was when she came across shoe manufactures in Punjab who manufacture customised jutties, mules, Kolhapuri sandals and clutches. She approached them and started designing jutties, which according to Safiya are a hit in northern India but are yet to be popular down south. “I first  create the designs and then decide the colour, whether or not to use beads and other fancy accessories or to limit the design only to hand embroidery. I then send it across to the manufacturer. Each juttie or clutch is handmade and the designs are hand embroidered. No machine work is involved,” claims Safiya, adding that the quality depends on the pricing. She says that we Malayalis do not follow a culture of spending Rs 3000 or above on jutties and therefore she had to give pure leather a miss. However, it helps her price the footwear below Rs 2000, without compromising on the look.

Ask her about the response she is receiving and Safiya says that most of her clients are from the Malabar region and opt for customised jutties in various colours, patterns and even embroidering names. She adds that the outfits worn for Muslim weddings are flashier making the footwear a perfect match for them. Safiya is planning to open a shop in Kochi that exclusively sells designer footwear.