The recently held ‘India Couture Week’ organised by the Fashion Design Council of India (FDCI) officially ushered in a fresh fashion cycle with an impressive line-up of celebrated designers and glamorous showstoppers. During the six-day event, the bigwigs of Indian fashion frat showcased their best work on the runway to set the ball rolling for the next season. However, barring a few names, most designers didn’t really bother to set foot out of their comfort zone and presented collections that were a mere extension of their signature styles. Can repetition lead to a block in innovation or, worse, constrain the image of Indian designers globally?

Striking a balance:
One often wonders why Indian celebrities refrain from wearing Indian designers at global platforms such as Cannes, MET Gala, Oscar awards etc., even though we have such brilliant designers. Perhaps, the majority of them do not focus to tap this segment due to limited demand, and so they rarely design a striking gown or a timeless dress that could be a befitting couture masterpiece. Thankfully, there are a handful of couture brands, who understand that couture goes beyond bridal wear. For designer Rahul Mishra, who is a regular name at the Paris Fashion Week, couture is all about creativity and a time-consuming personal journey that takes a lot of effort. When asked about the Indian scenario, the designer refused to comment on others but spoke about his own work, claiming that he experiments in moderation to strike a balance between commercial and creative aspects. 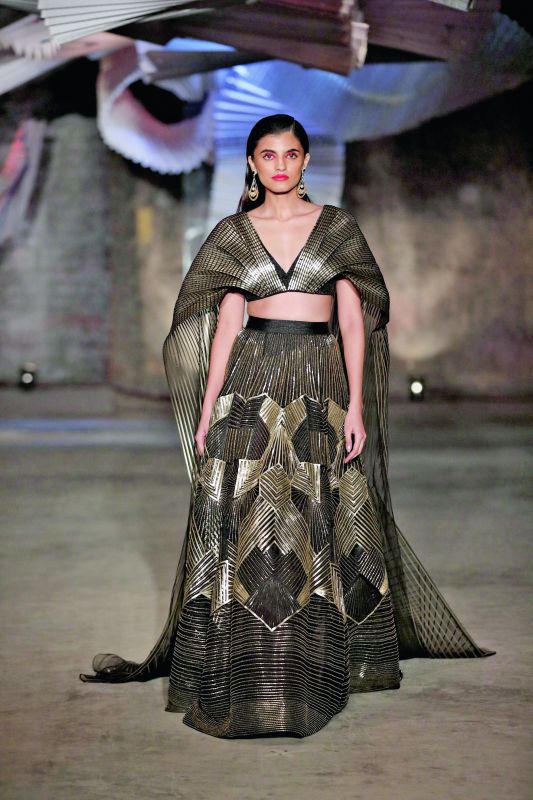 Rahul explains, “For my ICW collection, I opened the show with a short dress that took over 50 meters of fabric and was a unique piece. I also presented the 2D and 3D hand-embroidered surfaces created with Swarovski crystals and silk threads and showcased a range of gowns, dresses along with my traditional red lehengas and other commercially viable ensembles targeted at specific customers. One has to consider that in India, bridal wear is the backbone of a couture brand, which gets the major share of money. Right now, we cannot compare with international brands like LV, Dior, Channel, etc. who have a brand budget of over 30,000 to 40,000 crores and do six shows in a year, some of them just for promotions. Whereas, here we do just one show and it is purely business-driven, so a design house has to think about commercial viability and cannot solely focus on experiments.”

Couture is all business:
With a visible lack of imagination and repeated silhouettes, the recent couture platform doubled up as another bridal wear exhibit with typical reds, pinks, and pastels. Which brings us to question— why do Indian couturiers stick to sari and lehenga and hesitate to experiment with new silhouettes for couture collections? Sunil Sethi, FDCI president and organiser of ICW, answers, “In India, if a designer is doing a wedding collection then the emphasis is on traditional silhouettes with new embroidery, surface textures and colours. Haute couture is all about business; it is very expensive and takes a lot of time to get completed. New designers are experimenting with the couture trends, but most of them like to stick to the tried and tested designs. 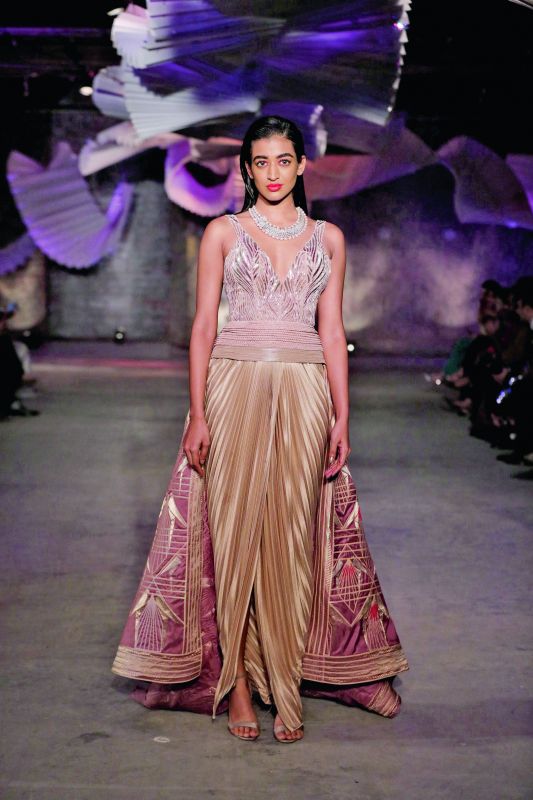 When designers create successful collections in a season, they try to include some similar designs to ensure sales for next season as well. If they feel the traditional designs are working well in the market, they usually repeat the business model to make money with the best seller silhouettes.”

Classics are commercial:
While Indian couture mostly caters to the bridal market, and designers like to stick to classic designs without much tweaking – the runway déjà vu works absolutely fine for commercial success. Veteran designer and couturier Ritu Kumar agrees that there is innovation in couture but the styling is mostly classic. She says, “It comes from the fact that in India, couture is synonymous with weddings, and we have a certain traditional requirement. At local weddings, lehenga-choli and sari are the accepted norms so we get to see them a lot. At the ICW, we saw experimentation in the form of embellishments, patchwork, gota, and crystals that are used on lehengas.

There were also shows by Amit Aggarwal and Gaurav Gupta, who showcased some innovative outfits that were not Indian silhouettes. A decade ago, gowns for weddings were not even considered but now we see them at receptions, cocktails and destination weddings. So things are changing in Indian couture segment as well.”