Moving mountains: Life amid climate change in the Himalayas

The dystopian state of the hills and mountains has resulted in prominent lifestyle changes. (Photo: Representational/Pexels)

The Himalayan living dream has been throbbing in the veins of many. From lines of pine trees that adorn the hills to the soft snow flakes that shroud the mountains, there is no dearth of a kind of spellbound beauty that has lingered for years. And now, everything is at stake. Everything there seems to be flowing into dystopia. Can reality be contrary to assumptions?

Predominantly, people have been misled by the actual happenings in the region. Most believe that they have been spared the effects of climate change. Where there’s privilege, there’s ‘lack of self-experience’. The wrath of climate change has been conveniently disregarded in the far stretches of people’s imagination.

Google “the Himalayas and climate change”, and there’ll be a string of stories that would show. Numbers aggressively point out to the rising temperatures and melting snow, the rising heat and flooding rivers. Yet, a sense of callousness prevails when it comes to tackling climate change.

The cost of apples

Sanjay Austa, who runs an eco-resort called Meena Bagh in Ratnari, Shimla is also a part-time orchardist. He breaks the myth of farmers living in harmony with forests. “The media paints farmers being romantically associated with forests. People think that outsiders come and destroy forests, but it’s the farmers who go for the trees directly. They don’t legally buy wood because they want to make a quick buck,” he reveals. “They’re growing apples at the cost of forests. Locals use the forests as dumping grounds.” 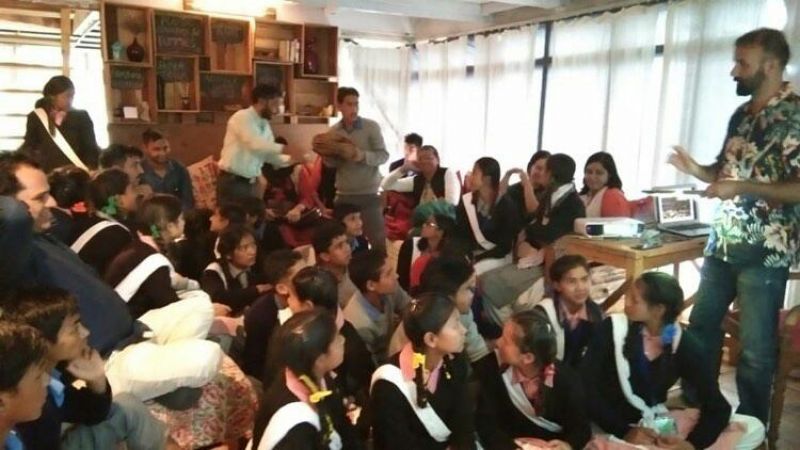 Sanjay Austa believes that educating people works the best when it comes to acting on climate change.

Apple cultivation is a prominent business in the Himalayan region. Austa points out that not all plantation accounts for a healthy environment. “People feel that apple trees give out oxygen, so what if the forest is being cut? But, a forest is not a collection of trees; it’s an ecosystem. People have half knowledge, and the Forest Department hasn’t been successful in educating them,” he adds.

So, how do you get the locals to act upon this? “Telling them that Deodar trees are beautiful, so don’t cut them doesn’t work. You have to tell them that their children might not have water in the future because the ecosystem is being destroyed.”

Neither better, nor worse

“People who haven’t seen mosquitoes are buried under them,” says Sheena, who runs a homestay in Tirthan valley, Banjar, pointing out to lifestyle changes in the region. “We’ve installed fans for the first time. In the months of September and October, people gather dry grass for storage. It’s been raining, and we can’t store wet grass.” 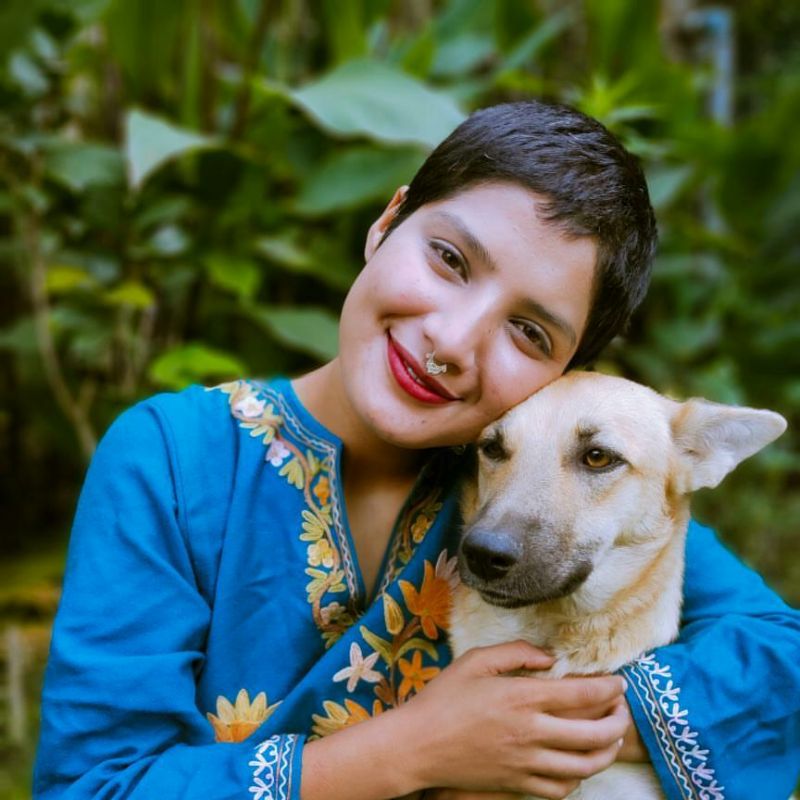 Sheena feels that people are aware of the changes taking place, but no one wants to dwell on them.

With such drastic changes, are people proactive about environment? “I think it’s the opposite. Everyone knows the climate is going through s**t. But, at the end of day, people want luxury,” she says. Around the world, people are aware of the phenomenon taking place, but “no one wants to dwell on it, just like everywhere in the world. People in Himachal are the same; they’re not better or worse than anyone.”

The rivers seem to be fine, apart from occasional pollution caused by people living in towns. “The quality of water is the same. Dams are the biggest source of pollution, because the machineries used emit lots of carbon,” she explains.

Pradeep Sangwan, founder of Healing Himalayas, a foundation that conducts cleanup drives across the mountains, points out to the growing tourism in the region. With hidden gems being uncovered by people, there are more regions that are becoming vulnerable to the issue of garbage disposal. “We’re burdened by providing resources to people who come,” he says. “From most of the trekking and camping sites, it takes about 7 to 8 hours to get to Manali or Shimla, where waste treatment facilities are available,” explains Sangwan. 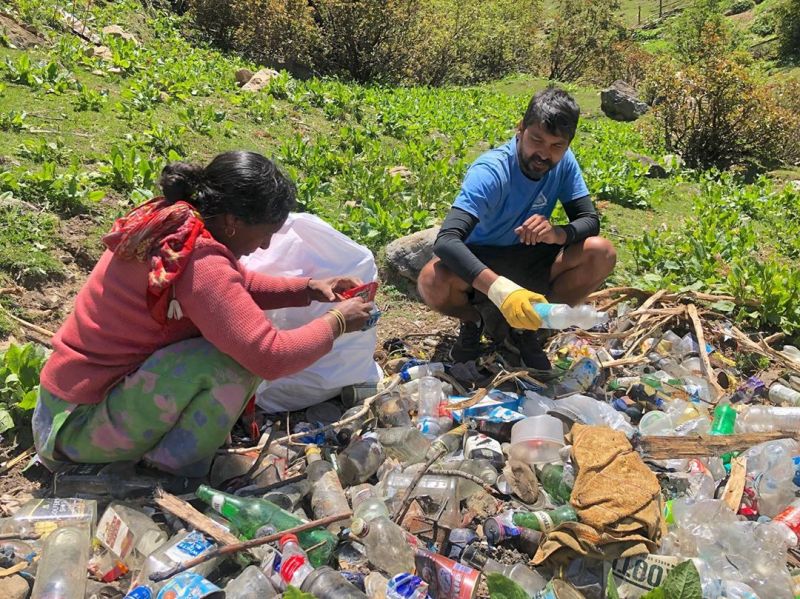 Pradeep Sangwan urges people to minimise waste as much as they can.

The locals find it difficult to transport all the waste that is generated. Can this garbage be curbed? “You can focus on a lifestyle that lies in the middle-ground. Plastic can be used, but has to be recycled.” Also, instead of asking for exotic products, tourists can stick to what’s locally available. “It’s probably not a good idea to ask for quinoa, for instance,” he jokes. “That way, you also connect with the locals and their culture.”

Innovation can take care of maintaining equilibrium between keeping locals and tourists happy. The locals also understand that they cannot lose out on tourism, and with that perspective, might preserve the spaces.

With climate protection speeches and rallies occurring all over the world, the urgency for the need to ‘act’ rather than ‘calculate’ is stronger than before. It’s a long way to go. Perhaps the best way is to go on foot.