Tourists should learn from PM Modi

The recent photograph of Prime Minister Narendra Modi plogging at the Mamallapuram beach in Tamil Nadu has brought to light the negligence of tourists towards the environment. The PM also released a video, showing him picking up the plastic from the beach while taking an early morning stroll.

“Plogging at a beach in Mamallapuram this morning. It lasted for over 30 minutes. Also handed over my ‘collection’ to Jeyaraj, who is a part of the hotel staff. Let us ensure our public places are clean and tidy! Let us also ensure we remain fit and healthy,” he wrote alongside the video.

While there has been a sudden surge in people travelling to both domestic and international destinations, when tourism becomes unsustainable in nature, it can have disastrous consequences on the environment. 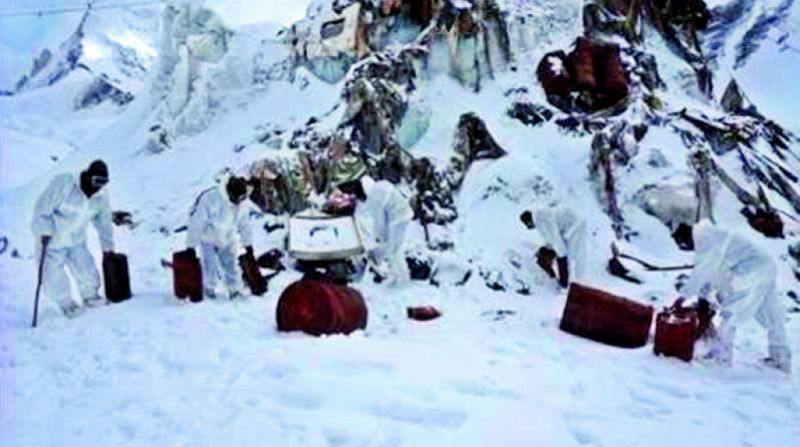 Not too long ago, Iceland — a country which welcomed tourists from across the globe — had to temporarily close popular tourist destination Fjaðrárgljúfur canyon in order to protect its flora, which had been damaged by a combination of wet weather and foot traffic. The golden sands and crystal blue water of Maya Bay, Thailand is also closed indefinitely to allow it to recover from the damage caused by millions of tourists. Closer home too, in an attempt to conserve the fragile Himalayan ecosystem, the Uttarakhand High Court has ruled that “overnight stay in the Alpine meadows/Subalpine meadows/Bugyals is banned.”

Additional Commissioner of Income Tax and avid traveller Mala Paropkari emphasises on the need to educate people about being sensitive towards nature. “Sadly, most Indians don’t have any sense of hygiene. Many throw their garbage at tourist locations without thinking twice. It is important that we educate ourselves about the environment before we start travelling,” she says, adding, “The government should also take appropriate action against people who litter at these tourist places.” 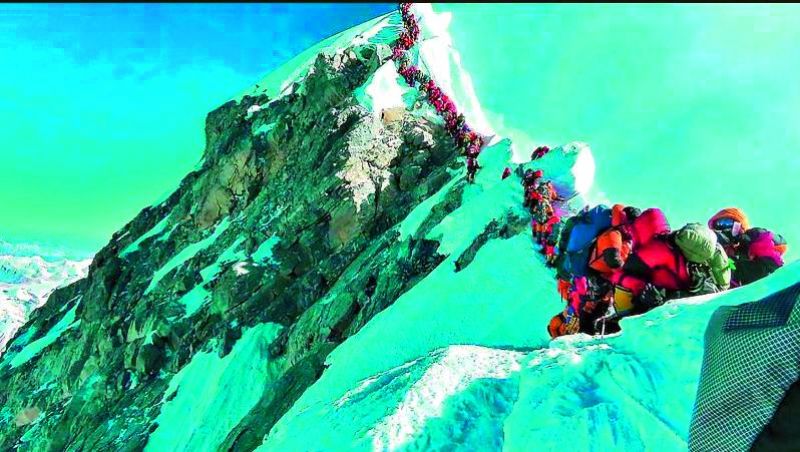 Images of hundreds of mountaineers queuing up to reach the Mt Everest summit.

Be mindful while travelling
It’s hard to miss that most tourist places are dirty, with many people throwing away plastic wrappers and other waste anywhere except in the dustbin. Sharing one such incident, travel-blogger and influencer Prakriti Varshney recalls, “I was at a Sumo stand in Gangtok, Sikkim when a lady threw a water bottle on the road. When I questioned her about it, she was rude and refused to throw the garbage in the dustbin. I picked up the bottle and put it in my bag. She was embarrassed for sure.”

Let the mountains be
Recently, 11,000 kg garbage was removed from Mt Everest in a two-month long cleanliness drive. The garbage, which included empty oxygen cylinders, plastic waste, batteries and faecal matter, was flown to Kathmandu in army helicopters.

“We are taught not to leave any garbage in the mountains during our mountaineering course,” explains Vikas Lamba, a professional mountaineer and avid traveller, who adds, “During my last expedition to Uttarkashi, I found a lot of garbage on the way back. Trekkers and mountaineers have to deposit some amount before starting the hike with the authorities, and they get refunded when they bring back their garbage from the mountain. However, many people bring back only half of the garbage and leave behind 40-50 kg of it, as climbing down with a heavy load is a tedious job. No one checks what we carried up and what we bring down.”

Vikas also shares that religious places in the mountains are dirtier. “The place near Gangotri, which is the origin of the river Ganges, is very dirty too. People leave behind plastic, old clothes and other stuff there. They not only pollute the river right at its origin, but also the land and the animals that live there.”

Excessive tourism is hazardous
The last days of Mt Everest’s spring window this year witnessed the deaths of 11 climbers. Images of hundreds of mountaineers queuing up to reach the summit and reports of climbers stepping over dead bodies dismayed people around the world.

Talking about ‘overtourism’, Shivya Nath, a well-known travel blogger and author of the bestselling book, The Shooting Star, shares, “It is important that we put a cap on the number of travellers that can go to a particular destination each year. We need more innovative tourism models like that of Bhutan. The country functions on a low volume-high value tourism model which curbs the number of visitors annually, yet generates high tourism revenue,” says Shivya.