Sherpas clean up 24,000 pounds of garbage from Mount Everest

In the last two months, Nepali sherpas pulled up over 24 thousand pounds of garbage from the mountain. This comes at the back of the biggest problem that Mount Everest is facing: a traffic jam atop the mountain.

The climbers complained that the amount of waste left on the mountain was creating a hindrance. After that, a team of 20 sherpas collected 5 metric tonnes of garbage from the camps above the base camp and another six metric tonnes from the camps below it. Food wrappers, cans, broken tents, bottles and empty oxygen cylinders were found among the garbage.  Along with the trash, the Tourism Department also reported that four unidentified dead bodies were found on the mountain, reported Complex.

“Unfortunately, some garbage collected in bags at the South Col could not be brought down due to bad weather,” Dandu Raj Ghimire of Nepal's Department of Tourism told Reuters. 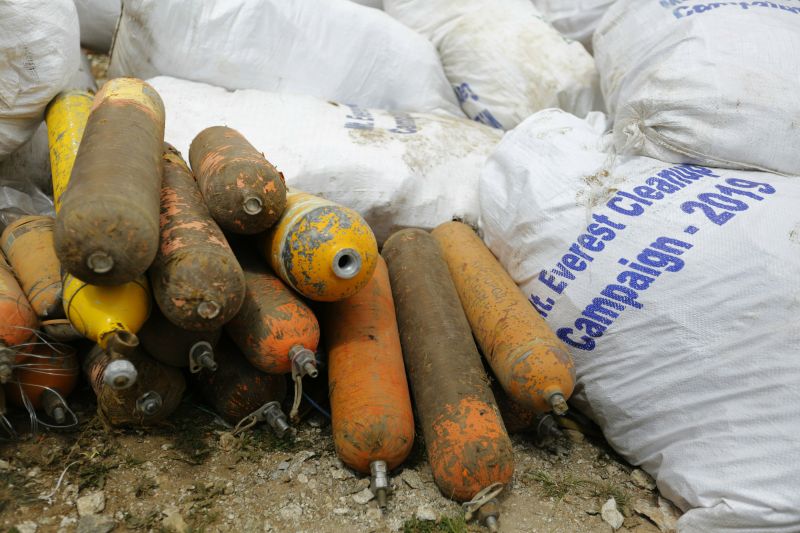 Cleaning the world’s tallest mountain is no mean feat. A combination of deadly weather, accessibility and the dangers of exertion at that altitude can make it difficult to retrieve the garbage.

The cleaning of the mountain comes in the middle of a busy season for Everest. Along with the being the busiest, it has also been the most deadly. Nine climbers have died on the Nepali side and two on the Tibetan side, making it the most deadly season since 2015. One climber died while waiting in line at the summit while another climber died while waiting at the high-altitude area called the death zone.