It's been decades since the warning first sounded on climate change. Nations around the world have responded, at their own pace, ultimately managing to put in place policies to tackle climate change. India, however, might be heading in the opposite direction. The current NDA government boasts of faster environment clearances and the Congress manifesto has woken up to environmental concerns too. Cyclone Fani is a wakeup call, agree experts, at a time of rampant deforestation, reduction of urban green cover and illegal sand mining that puts our rivers in danger. It's time for a sustained political approach towards designing eco-friendly policy, reports Aksheev Thakur.

Climate change has become a major global issue, but has the IT hub, Bengaluru, done enough to minimise its effects? With air pollution on the rise in the city and the government struggling to contain it, it clearly has a long way to go .

Karnataka made a start in 2018 when it designated the Environmental Management and Policy Research Institute (EMPRI) as a nodal agency  to provide technical support for conducting research, training and capacity building in programmes dealing with climate change.

“The state action plan was a follow-up of the National Action Plan on Climate Change 2008,  which sadly was not a wholehearted plan in itself. It talked of eight missions and we have fallen short in every one of them nationally. The state action plan remains largely ineffective too. Action plans should be integrated into the existing policies and  states must re-imagine the way they frame policies,” stresses Mr Kshitij Urs, a professor at the National Law School of India University.

Dr Sharachchandra Lele of the Centre for Environment and Development, Ashoka Trust for Research in Ecology and the Environment (ATREE) blames lopsided and unsustainable development for  India’s contribution to the factors responsible for climate change.

“We need to design strategies that primarily address these lacunae and  work very hard to find win-win situations,” he emphasises.

Members of Greenpeace India  believe that not just India, but all developing nations, need knowledge, resources, expertise, technology and funds to support them in dealing with climate change issues.

“It's an excellent idea to have a policy specifically for climate change. And the state action plan on climate change does deal with mapping regional climate vulnerability, examining future projections, arriving at sectoral implications, and framing actionable strategies. But policies and action plans need to be accompanied by urgent implementation. It would be worthwhile to take a leaf out of the school strikes for climate happening worldwide, including in India and declare a climate emergency, as UK has done,  to stress the importance of immediate and decisive action,” suggests Mr Pujarini Sen, programme specialist, Greenpeace India.

A year ago, in March 2018 , the Supreme Court asked the Union environment ministry to explain why a huge amount of Rs 75,000 crore in various funds for the protection of the environment was not spent.

The government may have a variety of excuses, but it only goes to shows the priorty that the country gives to green issues. In the run- up to the Lok Sabha elections, however, both the BJP and the Congress seemed to turn environment- literate and in their hurry to show their concern for it,  promised to treat air pollution as an emergency.

As a political party, the BJP does not believe in climate change. Environmental assessment has to be sensitive. It should have read the critique on compensatory afforestation as it is not the same as having the old forests
— kshitij urs, Professor, National Law School of India University

While the Congress manifesto highlighted  major environmental concerns and promised to put an end to illegal sand mining, which is threatening the existence of rivers, the BJP boasted about its achievements in the clean energy sector and its plans to deal with pollution. 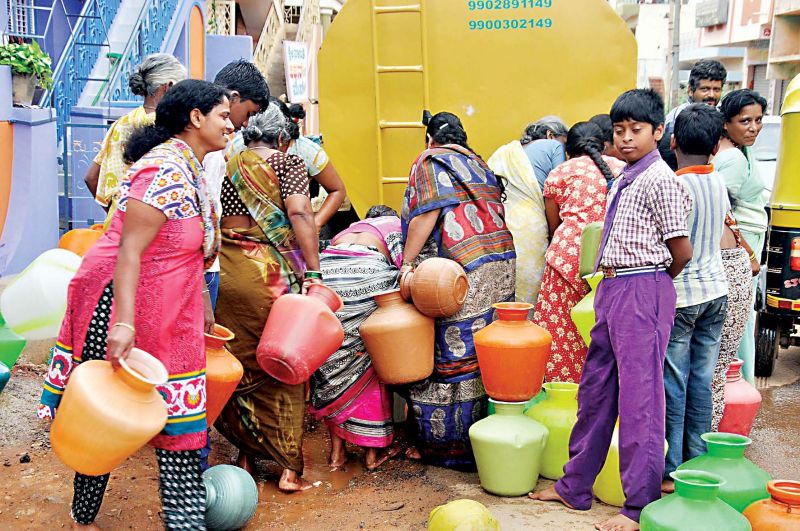 It claimed to have speeded up environmental clearances for projects and  added around 9,000 kms to the forest cover of the country. But Mr Kshitij Urs, a professor at the National Law School of India University , takes these claims with a pinch of salt.  “As a political party, the BJP does not believe in climate change. Environmental assessment has to be sensitive. It should have read the critique on compensatory afforestation as it is not the same as having the old forests,” he says.

But even the fact that the politicians are willing to acknowledge the need for steps to contain climate change is a start as India will need to come out with more sustainable and eco- friendly development policies in future to do its bit to fight it globally.