Several people on social media claimed that she looked like she was about to drop the child. (Photo: Instagram)

Meghan Markle and Kate Middleton were spotted yesterday at Billingbear Polo Club in Wokingham, Surrey with their brood of children. Princes William and Harry were playing for the King Power Royal Charity Polo Day.

Kate’s and William’s children, now all grown-up, were seen frolicking around joyfully. Little Archie though, all of two months, was being cradled by his mum Meghan. When photos of the public outing surfaced, Meghan was mom-shamed for the way she was carrying her child. 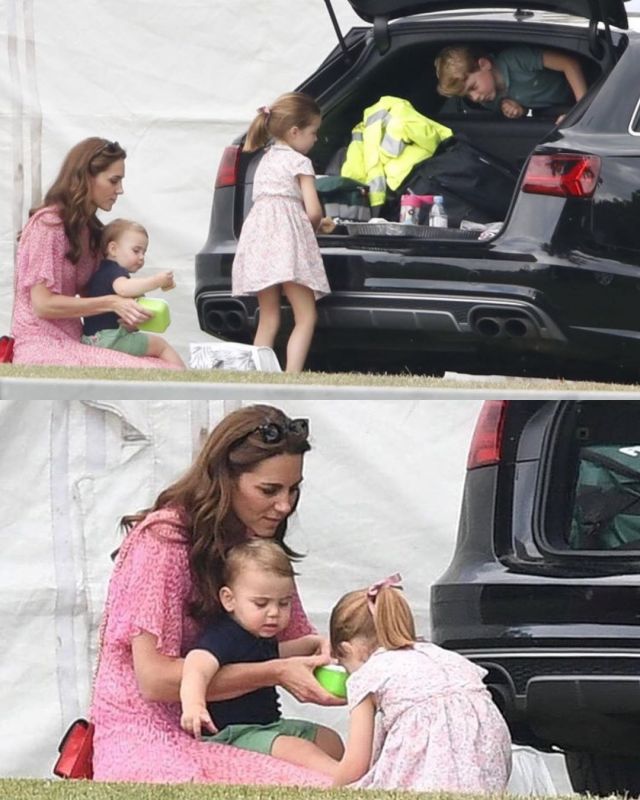 Kate was seen with her three children George, Charlotte and Louis at the polo match. (Photo: Instagram)

Several people on social media claimed that she looked like she was about to drop the child. 'Meghan doesn't know how to carry her own baby! Such a shame,' someone commented. Another Instagram account said, “The way little Archie is being held. Scary.” Apart from the way she was holding Archie, she was also slammed for not appropriately dressing him for the weather: “She should have put a hat and socks on the poor baby!!”

Although Meghan seemed to lack on the baby-carrying skills, she was nothing but affectionate towards her son, lovingly cradling him and planting kisses on his forehead. Kate, on the other hand, was seeing carrying around her youngest, Louis and other times supervising as George, Charlotte and Louis as they played together.

Many others came to Meghan’s rescue, citing that she is a new mother and is probably just learning. “She could be a natural at home but she's probably trying to shelter from the cameras and the judgment. I'm guessing no one can see it from that point of view since you are all perfect parents,” stated another comment.

When a woman becomes a mother, it doesn’t automatically mean she becomes the best at the first shot. Some mothers take months before they learn how to properly carry their baby. “She's got that new mom hold on the baby. I looked like that the first 3 months lol,' commented a woman on Instagram.

While the brothers William and Harry were expected to be at the Polo match, it was not known that their families would accompany them. This outing marked Meghan and Kate’s first public appearance together in a casual atmosphere. They had previously only been spotted at formal events, like Trooping the Colour, where the whole Royal family is in attendance. 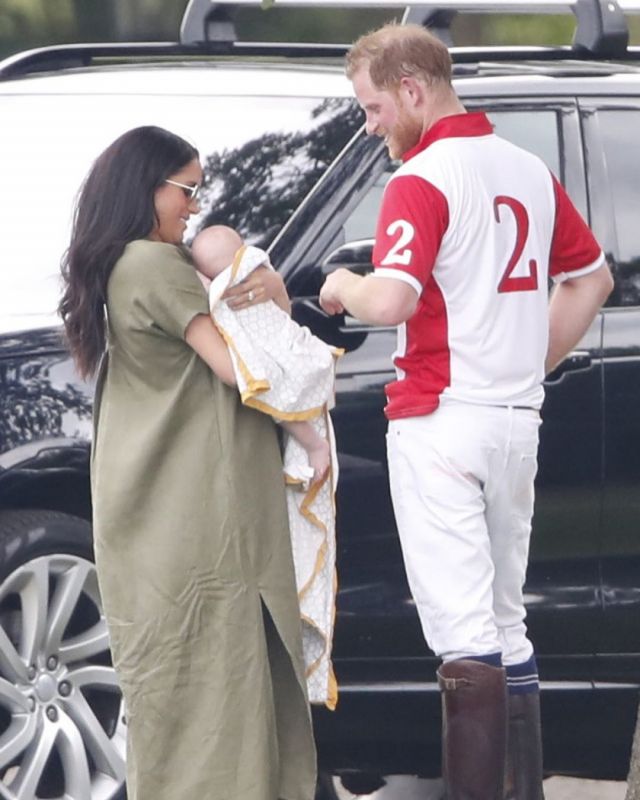