Taking homosexuality to the masses

Feeling that the awareness about the gay community is restricted only to urban India and that it is still being considered a taboo in rural/ small town settings, prominent Kannada writer, Vasudhendra, came up with the book Mohanaswamy, which has now become a path breaker of sorts.

Being the first collection of gay short stories in Kannada, the book initially found it hard to gain acceptance among readers, but owing to its uncompromising nature, it gradually gained popularity, and its subsequent translation in English garnered national prominence. 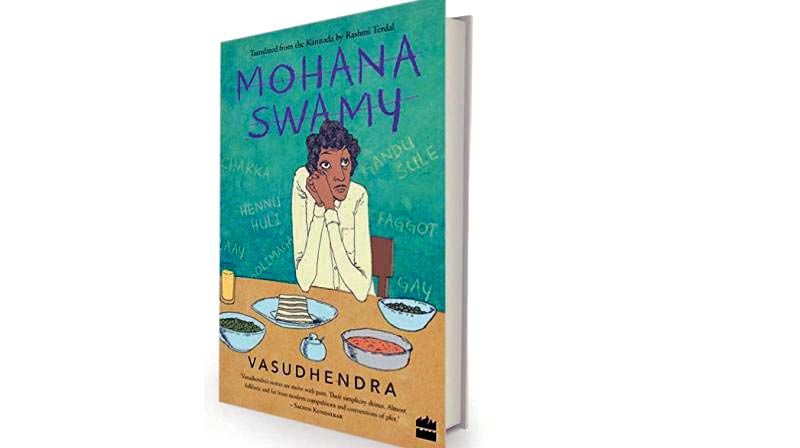 Book cover of the English version.

Mohanaswamy is also being translated in other regional languages, apart from foreign languages like Spanish. In an interview with us, Vasudhendra who came out as gay in his early 40s, talks about the reception for his book, the need to educate the masses and about his future projects.

“I hail from a small place called Sandur in Bellary district. I did my engineering and worked for almost 20 years in IT — I was a vice president in an MNC. I started writing sometime around 1996; I shouldn’t be boasting about myself, but generally my books (in Kannada) are bestsellers! Mohanaswamy is my 13th book,” Vasudhendra introduces himself, and adds, “I’m also an important publisher. Through my company, Chanda Pustaka, I encourage a lot of youngsters and first-time writers and I publish only Kannada books.”

Apart from being an author and a publisher, Vasudhendra also dons several other hats such as a visiting faculty at an engineering college, a hiking expert, a counsellor and more. Explaining how he balances all these roles, he says, “If you’re passionate, you’ll somehow find time. I don’t watch TV for that matter! I think I should even stop using internet and focus on only writing and reading.”
As the conversation veers towards Mohanaswamy and on how it was received initially, the 48-year-old author says, “I think I surprised a lot of Kannadigas. It’s mainly because I didn’t write it as a clichéd romantic story and end it with what happens when a boy gets attracted to another boy. I had even gone graphic in some instances to keep it real. It was unbearable for Kannada readers… they questioned me why I wrote things like this. I was, in fact, worried that I would be banned everywhere and not get called for literary conferences! But someone had to break the ice and I’m happy I did it.”

Speaking about the issues that he touched upon through his book, Vasudhendra says, “I wrote about psychological, physical and social issues and also the stigma that is being associated with being gay. I also spoke about how homosexual people regularly get blackmailed and more. After reading the book, many people — even from rural and small town areas — called me up and said that it felt more like reading their own stories; what more satisfaction can I get as a writer?”

In spite of its increased popularity and a subsequent translation in English, the author feels that it’s the regional languages that we need to concentrate on — “The main purpose of my book is to educate people. Gay men don’t live in urban settings alone. When the Kannada version was  released, only English media celebrated it more than Kannada press! I think English language readers are urban people and since they are well educated about homosexuality, they don’t consider it as taboo. I think awareness about this would only happen if such issues are written in regional languages — once people are educated properly, they would become more receptive. If you see, the transgender community is better accepted exactly because of this very reason. Right from the ancient period, including in literature like Mahabharata, transgender characters are constantly featured and hence people are well-educated about them.”

This is also the reason why Vasudhendra expects films to explore homosexuality more. “How many impactful movies have we seen like Aligarh? In many cases, gay characters are even ridiculed in films. I don’t want to see artsy films on this subject, because it will only have a reach among intellectuals — I would like to see a feel-good commercial movie on this subject. I think more short films can also be made about homosexuality; nowadays it is a more feasible medium.”

The writer also hopes that someone from the lesbian community write about their experience — “The scenario for them is even worse. But I can’t get into their world and write a story; I won’t be able to do justice. So I’m seriously hoping that someone from their community would soon come forward to do a similar work.”
On a concluding note, Vasudhendra gives tidbits about his next book. “Up until this point, I’ve written about everything I knew. But I wanted to explore something new — my next will be based on the Vijayanagara Empire. I’m reading and researching a lot. I hope people would like it,” he says and takes leave.