Authoring a book is a whole different experience. It is isolated — you’re always wracked with self-doubt, unsure if you are on the right track —Karan Anshuman

A film critic, director and now an author — Karan Anshuman can be called the jack of all trades, mastering his art one thing at a time. “Kashmirnama” is set against the strife-torn Kashmir. An NSG Squad Commander, a journalist and a Kashmiri goatherd cross paths while pursuing a mission on their own, bound by a secret that can destroy two countries. We talk to Karan about his new innings as a writer and how he researched for the book.

You’ve spent a long time in the film business, first as a critic and then as a filmmaker. How difficult was it to shift gears to becoming an author?
Well, filmmaking is a highly collaborative process. As a director, you’re simply steering talented individuals — including actors, writers, and technical crew like production designers — towards a creative vision. Authoring a book is a whole different experience. It is lonely, isolated — you’re always wracked with self-doubt, unsure if you are on the right track and whether the story is good enough by the standards you’ve set yourself. At the same time, it is hugely liberating to be only limited by your imagination. 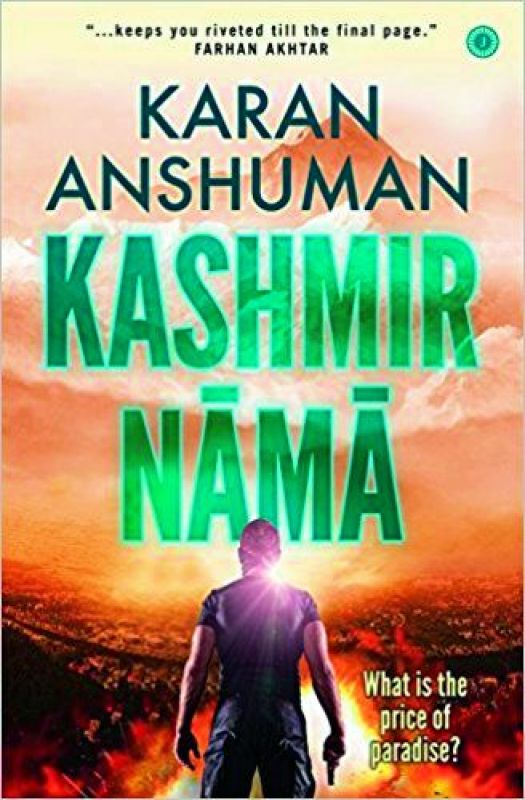 How did the idea of “Kashmirnama” come about and how did you flesh it out?
Kashmirnama started out as a film screenplay that I was co-writing with my colleague Saumil Gandhi. I wanted to make a film that was relevant, made a political statement, didn’t bow down to expectations of commercial cinema.

The topic deals with the sensitive issue of Kashmir and you’ve delved a bit into history as you have the present time. How did you go about researching for the book?
I read all the material on Kashmir I could get my hands on. These are mostly historical accounts, and interpretations of these accounts. It was important for me to understand the past of the region from the earliest times so one could effectively dramatise the present in a believable manner. I spent some time in Kashmir too, meeting writers, journalists, politicians, bureaucrats, soldiers, and of course, the common folk.

Did your filmmaking background come in handy while working on characters and scenes?
Oh absolutely. As a filmmaker, you tend to think in terms of visuals first. After that, it is a matter of manipulating words to present that image in your head in as clear a manner to readers. Dialogue writing too is a skill, a matter of practice, and years of writing dialogue certainly helped give an edge to the characters inhabiting the world in Kashmirnama.