That art is therapeutic is well known, but for the 21 inmates of Chanchalguda and Cherlapalli prisons, it has been life changing. The prisoners, some of whom are serving life terms, have displayed their artwork at the Kalakriti Art Gallery, and one walk around the place will make your jaw drop.

Art class in jail
In 2016, V.K. Singh, the Director General of Telangana State Prisons Department and Correctional Services had come up with the idea of art classes for the inmates as a reformatory strategy. Three years since, it’s going strong, with exhibits of the inmates’ paintings held in 16 states. The proceeds of the sales go to their families. The exhibition at the gallery will be on till May 7. 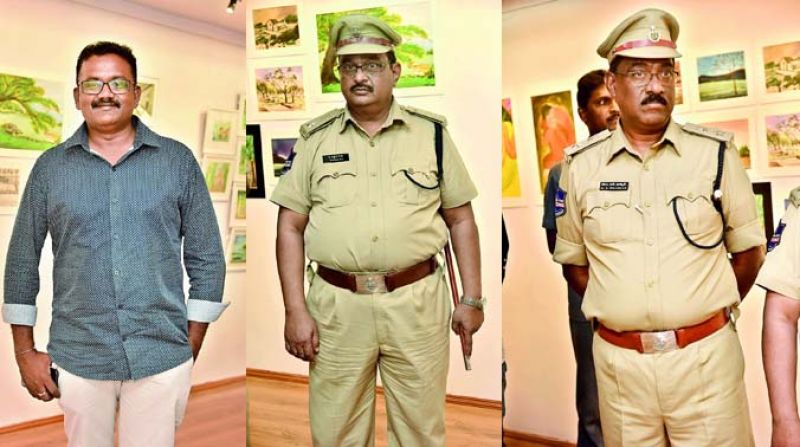 Artist Sayyad Shaiek has been visiting the two prisons twice a week to teach art to the inmates. Recalling the first day among the prisoners, he says, “When Rekha Lahoti ma’am approached me with this opportunity, I was very scared and said no at first. But, she motivated me, so I finally agreed to it. On the first day, the prisoners were so curious about what was going on that groups of them surrounded me to watch. The closer they came, the farther I withdrew. I was terrified. But soon, the jailor, Shobhan Babu, brought in order and assured my safety. I am so glad that I took up this opportunity because it has turned out to be the most satisfying project of my life.” 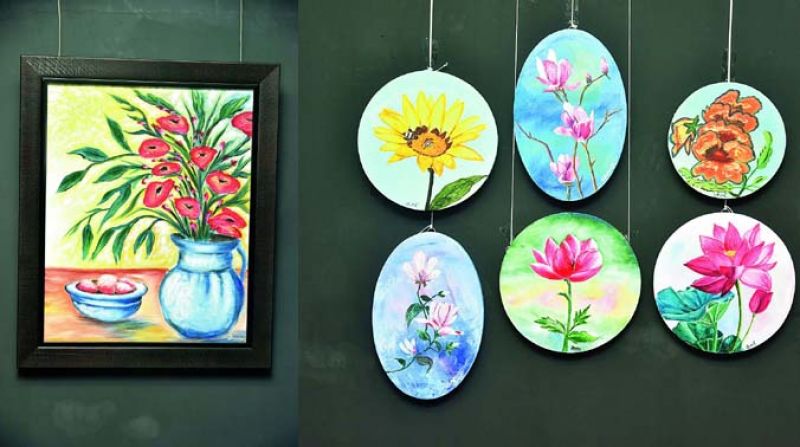 Creating masterpieces
Check out the exhibition at the gallery, and you will wonder how people with no prior experience in art have created such masterpieces. Sayyad explains, “Even though they have never created art on canvas, some of them used to be carpenters and signboard or wall painters before they were imprisoned. These are professions that require some amount of artistic talent and I have noticed that it’s these people who have picked it up very quickly and are creating wonders.” 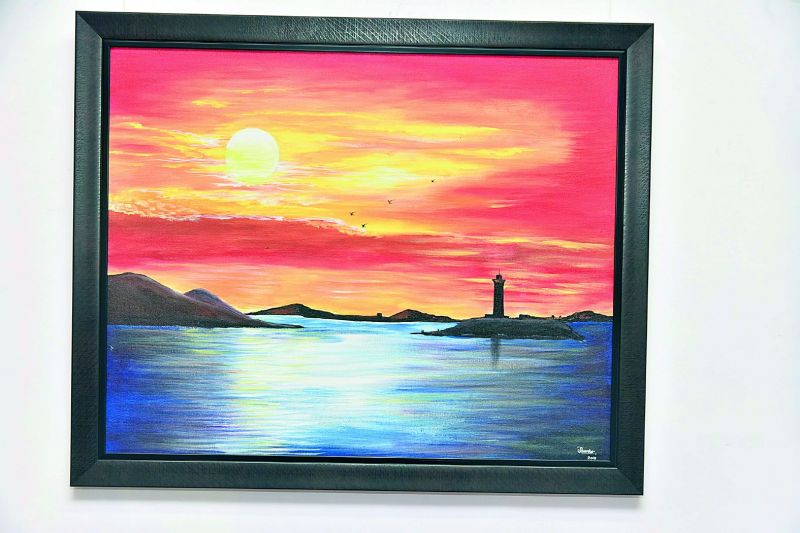 Life stories
And, it is only natural that when one spends almost half of their week with prisoners, life stories will be exchanged. Many of these prisoners have not only viewed Sayyad as an art teacher, but also a shoulder to lean on. “Once they start painting, they get so engrossed in it that they’re glued to their canvasses till the end of the day. That’s a huge improvement from Day 1, when people were extremely restless. During the sessions, some of them have told me their stories, about how they came to be here. While some are in for petty crimes like picking pockets and chain snatching, there are also murderers and rapists. But it is hard to believe that they have committed such crimes when you see them paint. They’re so calm and tranquil. Once, we were painting landscapes fields, mountains and crops, and one of them started to cry. He was from a farming background and this seems to have triggered memories of home. They’ve told me that they regret what they’ve done. One man told me, ‘Sir, we never knew that we could live our lives through paintings also. I wish I had known before. My life would have turned out differently’. Some of the students want to take up this route when they’re out of jail and seek advice on how to get into animation, fine arts, etc,” says Sayyad.

Healing power of art
Shobhan Babu Rupani, the jailor who takes care of the prisoners and ensures the proper functioning of this programme, says, “There are people who have got in due to crimes of passion while others are mercenaries. But I have seen with my own eyes how art has helped reform them. They are more docile now and like to do this even more because through their artwork, they’re still able to send money back to their families. Apart from painting we also give them other vocational courses.”