‘Being solely money-minded has nothing to do with life. We all need it. But right now, I don’t care about that’ .

One important thing is missing in the book Three Options: A Father’s Autobiography to his Unseen Child. No author’s name is found from the beginning till the end. The slot meant for it bears a phrase ‘I am That’. Here is an author who insists his name isn’t published or made known anywhere. His mode of publication brings the next surprise — the 147 pages exist as a virtual book. He communicates with his audience through WhatsApp. All it takes is a message; once sent, the book in PDF format would arrive within seconds or a few minutes. The man speaks of a spiritual quest through this work.

“‘I am That’ is what you call Thathwamasi or Aham Brahmasmi. It is believed that God can be found through bhakta yoga, karma yoga and jnana yoga. Once a person reaches a state of oneness, he’ll start seeking God outside religion. God grows outside its ambit. One will no longer be labelled a Hindu, Christian, Muslim or some other when this state is attained,” he says.

The narrator of this tale is a man. At one point, he is blessed with all worldly comforts. He enjoys wealth, family, and possessions. Suddenly, all these are lost forever. “He then finds out what life is meant to be. All of us are constantly in a battle with ourselves. We all have to fight a war within, until the eternal truth is known,” he says. 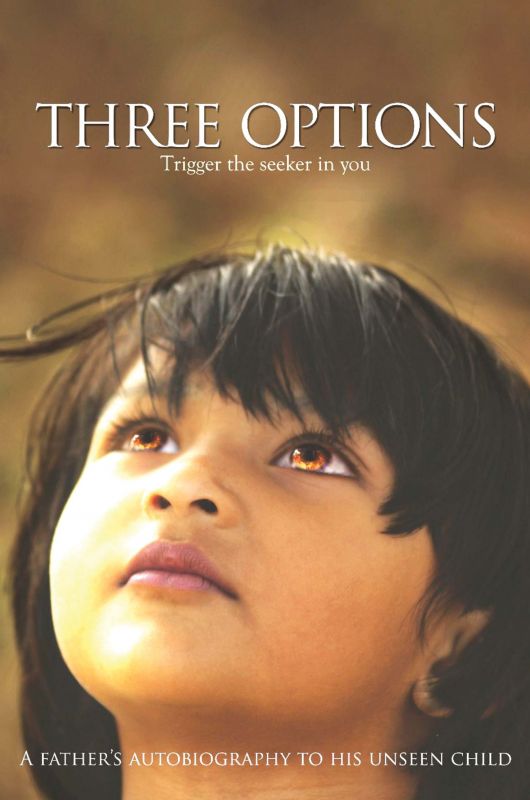 The man who earlier had a cushy job at hand (he chooses not to dig out the past) believes there’s no point focusing entirely on making money. “Being solely money-minded has nothing to do with life. Of course, we all need it. But right now, I don’t care about that. Let’s see what is happening,” the writer shares his thoughts.

While having this conversation, the author reveals he has started writing his next book. At some point, Three Options may have a hard copy version. But before that he wants his message to reach as many people. He is also exploring the possibility of an e-book release.