The artworks by Chippa Sudhakar and Arup Kuity

Talking about their achievements, Sudhakar says enthusiastically, “Banyan Hearts Studio was started with a vision and intention to promote printmaking as a prominent medium of expression. Thus, Arup’s achievement makes us feel happy and content.” He adds, “Printmaking requires infrastructure and paraphernalia and at times, artists find it difficult to arrange and maintain them. We welcome and support sincere printmakers and other artists to work in the premises and explore their art forms to the fullest.” 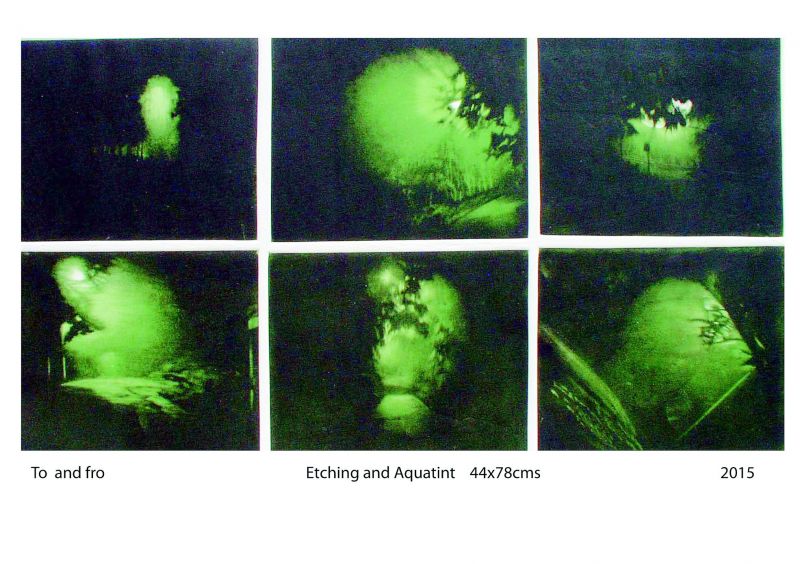 Meanwhile, Arup gives the credit of his achievement to the studio, which supports and inspires printmakers to shape their visual thought processes with freedom and proper infrastructure. “I have been associated with Banyan Hearts Studio for some time now. Here, we have regular workshops, seminars and interactions with other artists to share our knowledge and work together.” 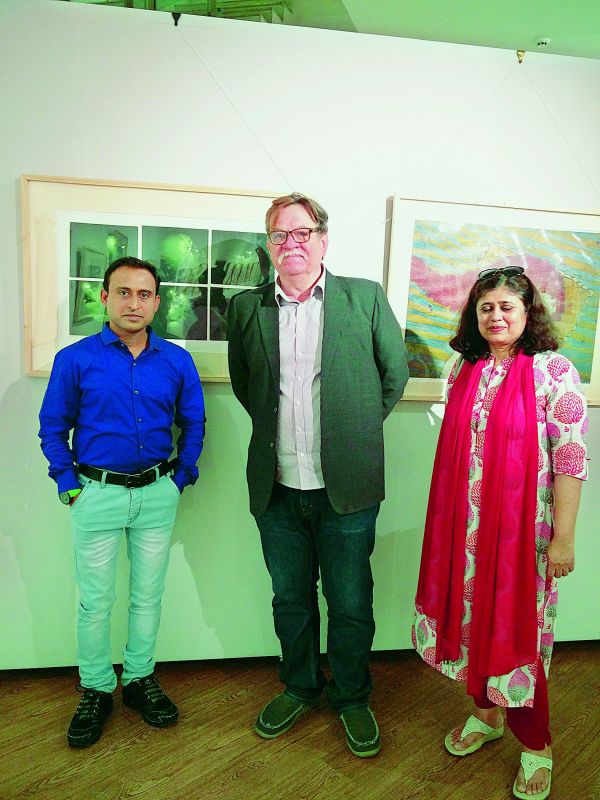 A graduate in Fine Arts from Kolkata and a post-graduate from Central University, Hyderabad, Arup has established himself as a well-versed printmaker and teaches art at Birla Open Minds School. 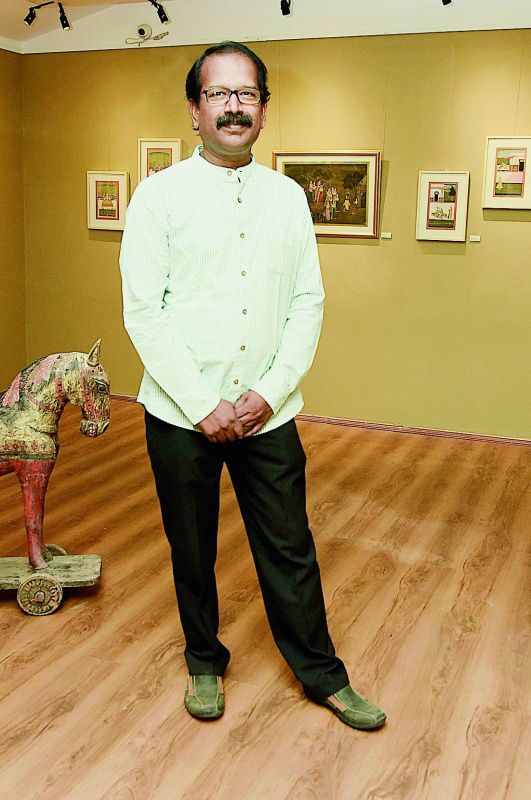 His award winning work titled To and Fro is a set of six compositions of realistic landscapes that explore the contrast of light and shade in a dramatic manner. A light source illuminates and exposes a selected section of the space while the other parts are dark, shaded and rendered in subtle variations. The stylistically rich work attains an undercurrent of ambiguity due to the magical play of chiaroscuro and a sense of movement due to the shift of the light source in each work.

Elaborating on the details of his award, Arup says, “Out of entries from twenty-three countries from all over the world, one hundred and twenty-seven works got selected for the exhibition. My work is one of the five best ones awarded with a medal and a two lakh rupee cash prize. Receiving this prestigious award makes me feel content as well as inspired to work harder in the future.”

Love at work? It most probably won’t work!

The travails of schooling online amid a pandemic