Works of the Almighty

The team of Manch theatre that performed the play

What happens to the phrase, “God help me,” when God himself comes asking for help from mere mortals? In search of an answer to this twisted question, Manch theatre put up the play Bechara Bhagwaan on Saturday, in the city.

Written by the late Purushottam Pandey and directed by Shailaja, the play explores the possibility of God getting bored sitting in temples and having nothing else to do. In one such temple, when a group of shallow devotees are bickering amongst themselves, God appears and literally asks for a job. The socio-economic take of the writer here was noteworthy when in one comic scene he explains the tatters of economy, the shallowness and the selfishness of mankind’s devotion, and the peer pressure of society where it does not spare even the almighty when he wanted to “change his field” and do something unorthodox.

The play had a lot of potential but fell flat on many accounts. One of the reasons might be the inexperienced cast. For most of them it was their first tryst with the stage; The actors kept forgetting their lines, talking over each other, and kicking their characters out of their performances. It does not make for a very believable characters when they change their accents and dialects all of a sudden, and then remember it after a few minutes. 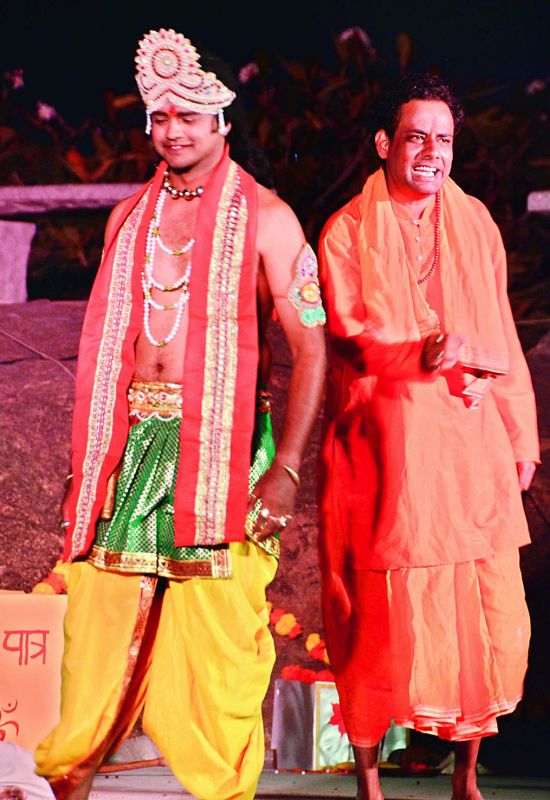 A still from the play Bechara Bhagwaan

Moreover, a few actors relied more on the slapstick nature of their characters rather than their acting, which murdered the comic timing.

A few things did go the director's way though. Random characters, who were fillers, turned out to be saving graces. They provided the much-needed laughter, even though they did not contribute to the story as such.

But, hey, this is the Manchurian gang, (a name they like for themselves) and their track record is strong enough for them to bounce back. It was probably a bad day for them, and I am sure they will come back better.