“The art is not one of forgetting but letting go. And when everything else is gone, you can be rich in loss.”
— Rebecca Solnit 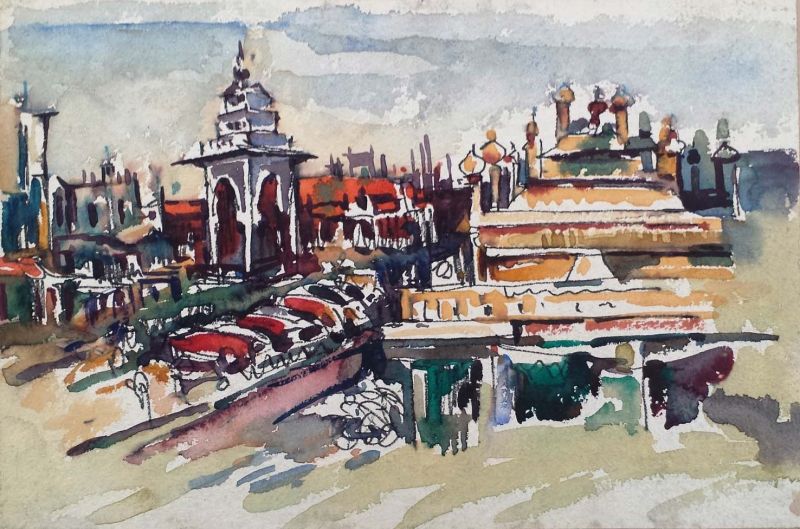 Any artist, young and old in the city, when one mention’s the name RM Hadpad,stands up in awe and respect for an artist who nurtured many students who went on to become ‘The Artists’. Sitting in a small room in the by-lanes of Sheshadripuram is the Ken School of Art, which owes its acclaim to Mr Hadpad’s dedication towards imparting knowledge to art students. It would be ideal to claim that RM Hadpad was one of the most selfless art teachers and artists of the state. Commercial success and fame was something which he never lived by. What he lived for is to see some artist being nurtured everyday, and eventually a student’s success was his ultimate ‘gurudakshina’. Born in 1932 at Badami in Bijapur district, he studied at the J.J. School of Arts, Bombay (1957). He began his career in 1961 as a teaching superintendent at the Bangalore branch of the Karnataka Fine Art Educational Society, Hubli, which was started in the late 1950s by his mentor and artist MM Minajigi. It was one of the earliest art schools in Karnataka. 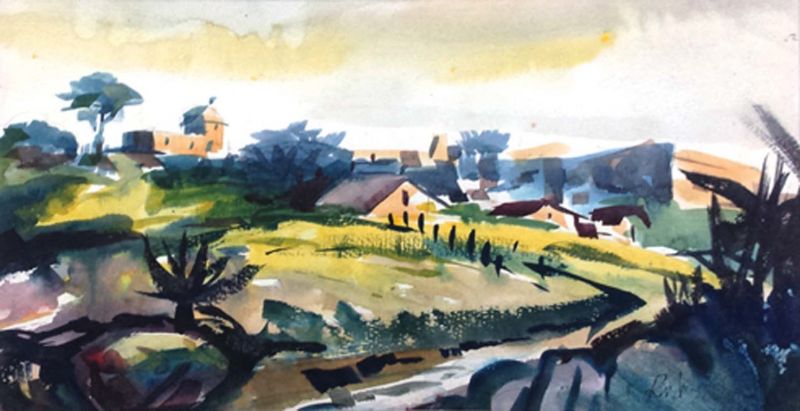 The school closed in 1967, and Hadpad began to conduct his Ken Art classes that later became the Ken School of Art. The Kannada University, Hampi, had conferred on him its highest honour of Nadoja. The state government too has honoured him with the Rajyotsava Award and also the prestigious Varnashilpi Venkatappa Award. Not only was Hadpad teaching art students but he used to train raw young talent that he spotted at a very early age, and some were privileged to learn the nuances of art from him. His way of teaching was extremely easy. Though he used to stress on perfection, the way he held the hand of the artist, and took them through, made him a teacher who everyone was content with. As an artist, Hadpad was the epitome of perfection. His most favourite subject used to be landscapes but he stood out because of his bold lines reminiscent of some of the artistic greats. JMS Mani, one of the most well-known artists, and one who was trained by the master artist has carefully curated the eclectic show and Bhagya Ajai Kumar, Artist and founder of Swasti Art Gallery at HCG deserves a lot of plaudits for getting RM Hadpad’s works into the public domain, something which many have been waiting for. The Ken School of Art still serves as a ‘Gurukul’ for many artists and Hadpad’s legacy lives on.