Elixir is a different take on escapism.

This is a story about how you can find your way out of a situation with effortless though deadly ease. Manisha is an executive in a demanding job with a demanding marriage that in ten years has not taken a turn for bliss. Her husband Amit is under his parents’ thumb and her mother-in-law Anita has it in for her because she has classified Manisha as ‘spoilt’ and wants to keep her separate from her father.

The tale moves through an unidentified city — it could, given the bustle be Mumbai — delving into Manisha’s life, work and marriage. On the face of it, everything except her marriage seems to be in Manisha’s favour. Despite her competitive colleagues, she wins awards and is in line for a trip abroad but what nags at her is a persistent headache. As the song goes, she has rain in her heart and identifies with the slow drip of crystal droplets.

One day, for no reason at all, she steps into a coffee shop and spies a man in a corner. Between the coffee and the glimpse, she is addicted. The man keeps returning to her in her dreams and merges with her soul — so much so that her dream life becomes more real than her everyday bickering with Amit does and she resorts to a mysterious brown bottle hidden behind her books to ensure that she can return to her dreams when it suits her. 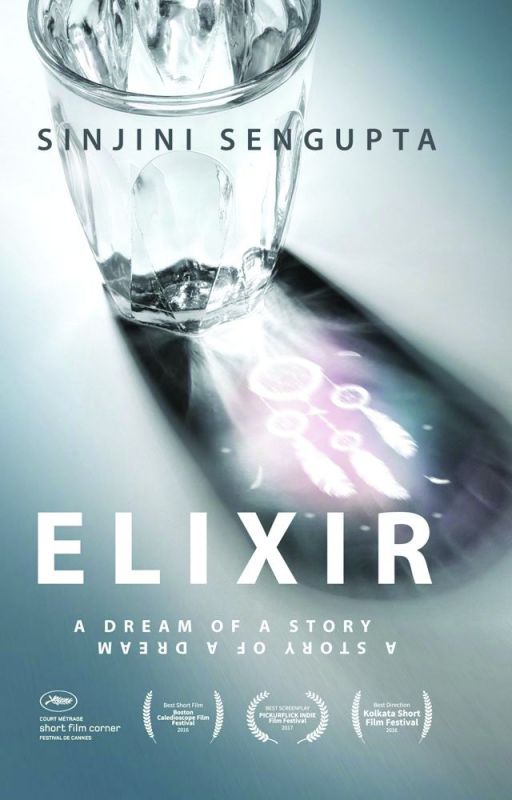 Elixir is a different take on escapism. Sengupta has chosen to make the experience more mysterious by refraining from the usual drugs and alcohol fix that most escapists too scared to make the ultimate break also indulge in. Nor does she turn Manisha into a real world artist who expresses her angst through the passion of art and eventually finds her spiritual love calling out to her in some distant corner of the globe like Eat, Pray, Love.

Sengupta’s style is poetic — she lingers over descriptions of the rain, Manisha’s feelings and the fog in her mind, creating an alluring miasma. Occasionally, this does slow down the pace of the story and though the sensitive reader will understand that Sengupta is trying to recreate a hallucinatory world, constant rain and headaches can be repetitive.

Quite obviously, Manisha’s fantasy world fuelled by tablets cannot end in anything happy especially since for her ‘reality is what is not’.

Elixir will resonate with younger women readers who find juggling a husband and a career trying, especially when the husband is moored to his Whatsapp — strangely in these solitary social media times Manisha has no Whatsapp or Facebook addiction or an attendant bestie to confide in. Just her exotic purple slips as companion to her dreams.