A painting at the showing.

“There is no failure. It’s only unfinished success,” the legendary artist Raja Ravi Verma had famously quoted once. 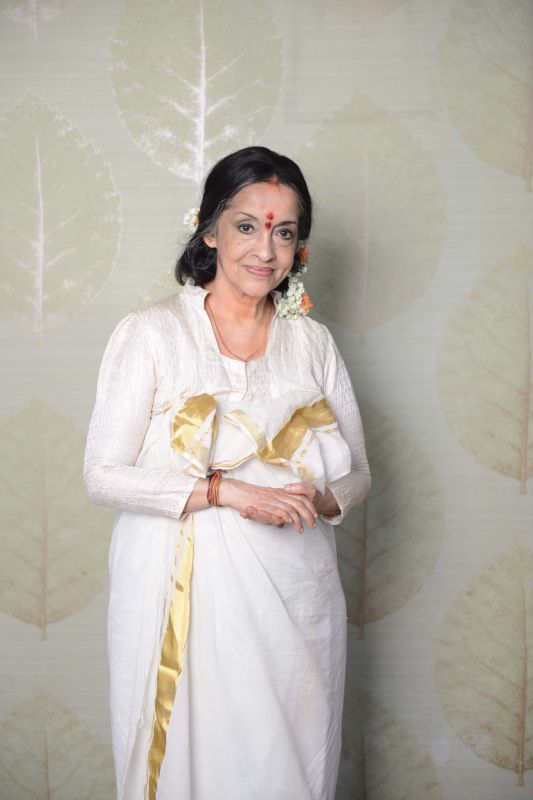 His great granddaughter, Rukmini Varma, in her recent solo show Opulence and Eternity at Gallery G has ensured that the legacy laid by her great grandfather, the doyen of Indian art, Raja Ravi Verma is being followed gracefully. Raja Ravi Verma has been an incredible name in Indian art, and to fill his shoes is almost impossible. But Rukmini Devi, after taking a sabbatical all these years, has managed to come up with such incredible works of magnitude that Raja Ravi Verma would have been proud. Thirty years is a long gap between two shows — yes, it was 30 years ago that she last exhibited at the Jehangir Gallery in Mumbai. But it has been worth the wait. She is back with a bang in her solo Opulence & Eternity, a magnificent series of oil paintings presented in association with Gallery G. The show was launched by former chief minister SM Krishna alongside bigwig Sangeeta Jindal. Born in 1940 as Princess Bharani Tirunal Rukmini Bayi Tampuran of the state of Travancore, Rukmini Varma is the great-great granddaughter of the master painter Raja Ravi Varma and chairperson of the Raja Ravi Varma Heritage Foundation. Through this showing, Mrs Varma has brought her sumptuous and singular work, inspired by baroque masters like Rembrandt and Caravaggio, as well as by her illustrious ancestor who married the classical style to Indian subjects and themes. The highlight of the exhibition is a majestic 12-foot-tall painting that tells the story of the Hoysala emperor Vishnuvardhan and his queen, the legendary dancer, Shantala. There are also subjects inspired by Kerala and ancient Egypt, alongside a celebration of womanhood and beauty. The show is however not confined to just artworks. A majority of outreach programmes carefully planned out by the foundation and the gallery make it an event to savour. In addition to the exhibition, which will be on for two weeks, it will also feature a master class on oil painting and realism in art by prominent American artist Joseph Dolderer along with Jay Varma (the great great great grandson of Raja Ravi Varma) and who will launch himself as an artist in the year 2020). This will be held on January 25. A discussion on Mrs Varma’s life — from highborn princess to reclusive artist, will also be organised on January 22, where she will be in conversation with Manu S Pillai, author of the award-nominated The Ivory Throne: Chronicles of the House of Travancore. Speaking about the show, Gitanjali Maini says, “The canvases encompass a diverse range of historical as well as legendary themes, and are simply breathtaking in splendour and style. The gems and jewels come alive on the men and women who occupy scenes of high drama and metaphoric meaning.” The art show is about sheer brilliance of an artist who has revisited the royal era and is nothing less than a treat for avid art lovers.

The exhibition is on till February 19 at Gallery G.

— The writer is an art curator and art expert.