The series of paintings which were displayed at Jehangir art gallery, exemplify abstract nuances akin to music as well as a prominent poetic rhythm.

Well known for his versatility Sanjay Ashtaputre is an eminent artist, sitar player and a poet. Talking about his equal affinity for all three forms of art, he avers, “These are an indispensible part and parcel of my being, as naturally and organically embedded as the process of breathing. They are seamless in their extents and it is difficult to separate one from another, they overlap and coincide profusely. Only the technical aspects differ but each has similar and equally strong philosophical strengths.”

The series of paintings which were displayed at Jehangir art gallery, exemplify abstract nuances akin to music as well as a prominent poetic rhythm. 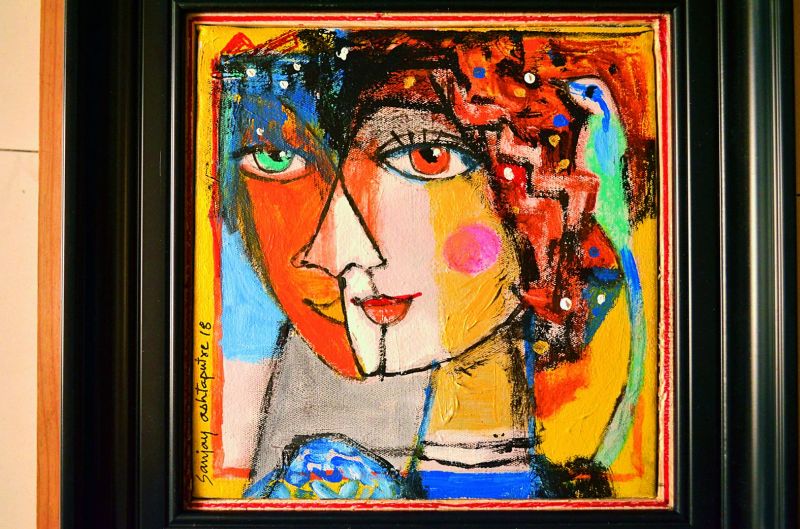 These figurative renditions assimilate varied elements into a unanimous harmony. The portraits are superimposed on each other, recreating a sense of movement and shift of perspective, as if two diverse stances are combined into one form. Their crystal clear, huge soulful eyes gleam with apparent effervescence. The ‘line’ is stark and divides the space in simplified and creatively distorted silhouettes. Enlivening every nook of the surface with an unsurpassable sense of vigour, the colour palette contains plenty of luminescent hues. 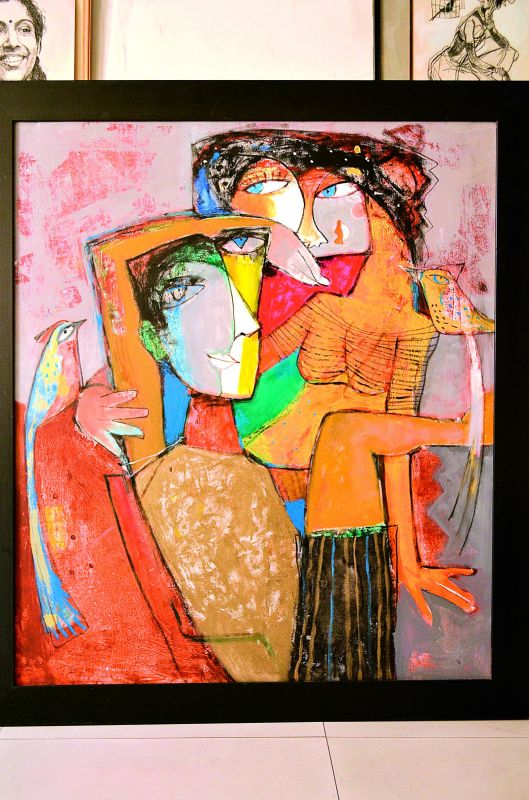 “Colour as an element has boundless potential to initiate emotive response in the artist as well as the viewers and thus I have titled my show ‘Aurum’ which means a golden glow,” he shares.

Elaborating on his compositions and the conceptual aspects of his expressions, Sanjay says, “For me the space of the canvas is a means to create a visual impression. I believe that the physical aspects of the painting should be so attractive and intriguing to the viewers that it should succeed in holding their attention for some time. Only when this stage is crossed will they be able to get engaged with the work on emotional and philosophical levels. In terms of the concept of my expressions, I like to leave my work open for interpretations by the viewers. When I talk to them and they explain what they found or could understand from my work, it is amazing to find that eighty percent times their perceptions are similar to one another and this satisfies me as an artist.”