I visited Banaras thrice in person where I kept tabs on Sadhu's ( Agories) around Varanasi and I got to know that they are following.

From their towering shikhara’s with the adorning kalashas to poignant reflections on the wavering surface of rivers replete with boats and silent footsteps echoing the ghats of some holy land, etchings by Tamil Nadu based well-known artist Satheesh Kanna at his ongoing exhibition Aham Brahmasmi -- A Journey Through Banaras abounds in reflections and myriad colours. 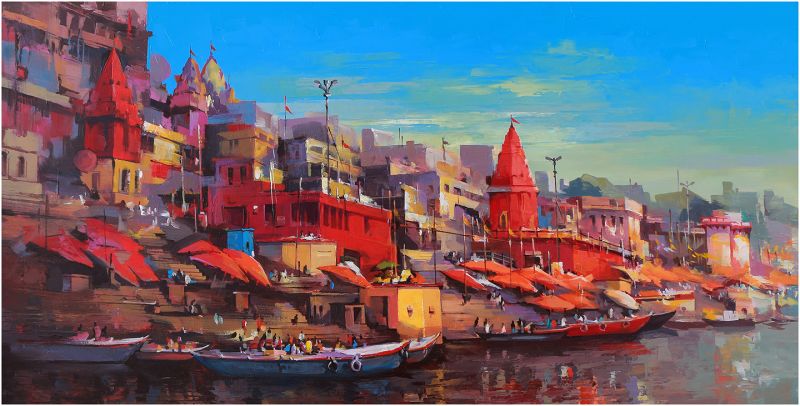 A painting by Satheesh Kanna

In conversation with this correspondent, the artist talks about his love for art, ongoing exhibition and future plans.

Turning back to my childhood days, ultimate pencil sketches like portraits, freehand floral designs, rangoli works of my brother and sister inspired me a lot.

There were days when I woke up early in the morning during the Tamil month of Margali and helped my sisters’ rangoli works to the entrance of our house out of my involuntary interest towards painting.

Illustrations in weekly magazines, attractive sign board art works on roads were some sources that helped me develop a strong desire for art. 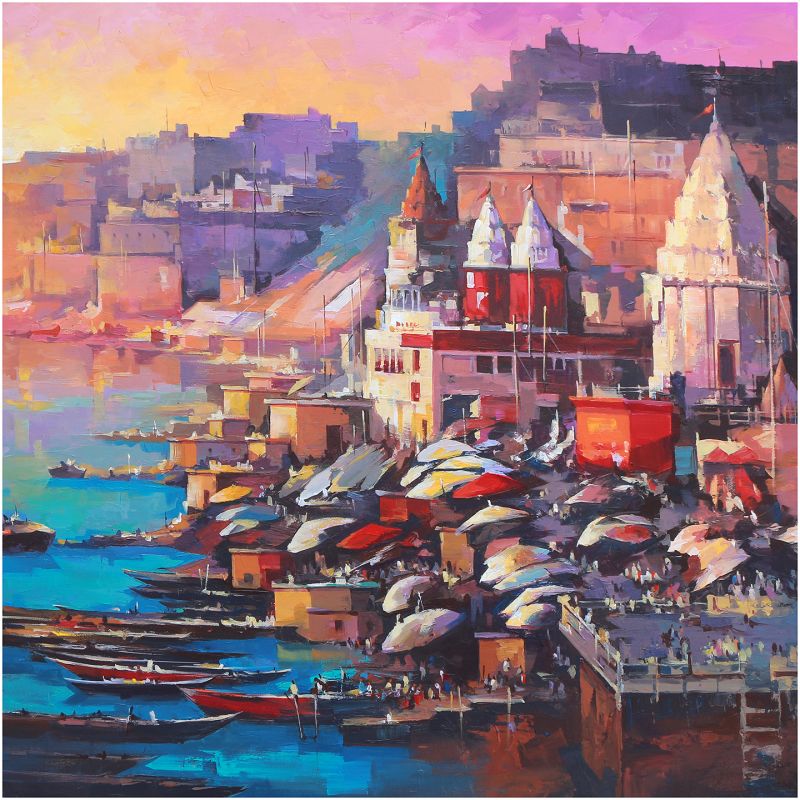 Acrylic on Canvas by artist

What is the present series all about?

"Every accomplishment starts with a decision to try." The journey of my life as an artist started me being curious about my conscious and subconscious mind. My strong desire and love for paintings initiated from fundamentals such as dots, lines, geometrical and regular/ irregular forms. Implementing those fundamental forms, I have tried to incorporate my internal and external visions with one of India’s most well known spiritual and colourful place, Varanasi.

I visited Banaras thrice in person where I kept tabs on Sadhu's ( Agories) around Varanasi and I got to know that they are following.

Aham Bramasami’ is their major mantra for lord and it is all about, our mind as a tool given by nature that can create ( Brahma) anything and everything by connecting through the existed materialistic and non materialistic world. The mind has the power to create and destroy as well. I believe It's mostly a kind of inner engineering. 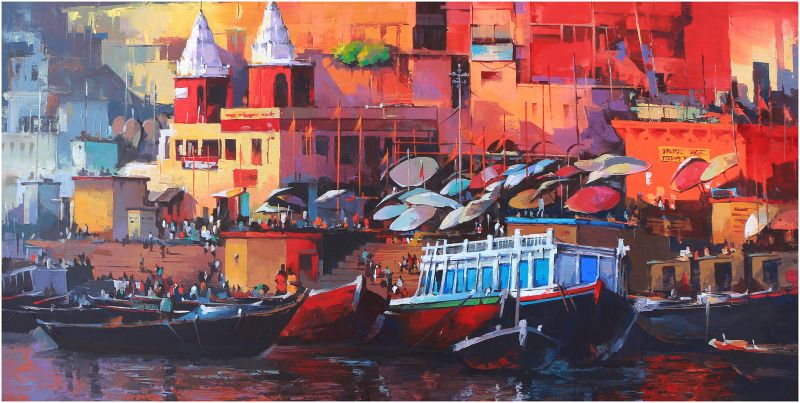 A scene from Benaras

What does art mean to you?

Art can be described as something that one ‘keeps trying’, a ‘process’ which is ‘endless’ and includes ‘Observing our inner and outer world in 360° with and without conscious.’

Who are your inspirations in art?

Our historical Indian traditional artists, temples, and stone statues are my never ending inspirations. Following that , old masters of renaissance and the 20th and 21st century Indian Artists like FN Souza,SH Raza,, Ramkumar, Jatindas, K.C.S. Panikar, KG. Subramaniam, RB Baskaran, Adimoolam, Manoharan, Viswam, Rangarajan, Sankaran etc., are the artists who inspired me a lot and set the way to my output. 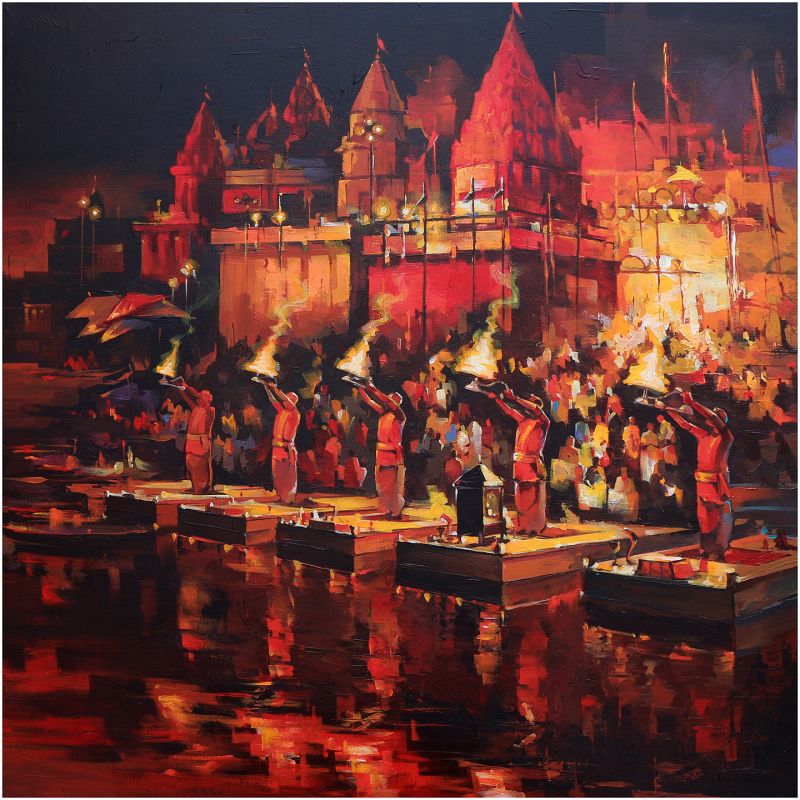 Your paintings predominantly showcase an ethnic India. Why?

Indian valuable tradition and culture initiated me to capture the beauty of Varanasi landscapes.

What next for you?

I am planning to do a series of ‘Kathakali’ a traditional dance from Kerala by capturing their rhythmic poses and colourful makeups in my own way.