Bloody trail of a psychopath

Teens have been known to do it while watching people drown or while someone has been run over and is lying on the street.

This is the most violent of the Lalli mysteries to date — possibly a reflection of a world filled with rapes, lynching and social media addicts for whom nothing is real until it has been captured on a smart phone and posted on Facebook or twitter. Teens have been known to do it while watching people drown or while someone has been run over and is lying on the street. Compassion is the last thing in anyone’s minds. Side by side with that go protests and candle marching activism that attract more publicity but appear to do nothing more positive. Instead all the gory details are rewound on social media in a kind of mesmerized violence porn frenzy.

Against this background is set Greenlight, the story of a Mumbai slum where the girls, all aged around 6, go missing until their mangled remains are returned to their parents in newspaper parcels. Lalli and her niece Sita are called in by the mystified police whose investigations are apparently being held back by the higher authorities. Quite obviously someone in power is involved, definitely a politician with someone to protect.

Swaminathan reveals the horrifying details of the case bit by bit interspersed with poetic prose from Sita who is a writer manqué. Savio of the earlier cases reappears, the last minute savior apparently called in as the fall guy when investigations reveal nothing of the monster who destroyed Pinki, Jamila. Mary and the other children from Kandewadi. The murder details are in fact similar to that of a case in Noida where children from a slum were vanishing, something which went unnoticed until body parts materialised in the gutter near a specific house in Nithari. Moninder Singh Pandher, the owner of the house and his manservant were recently sentenced to death after seven years of court cases, convicted in the death of their ninth victim, a child called Pinki. Swaminathan deliberately includes a Pinki among her murdered children. 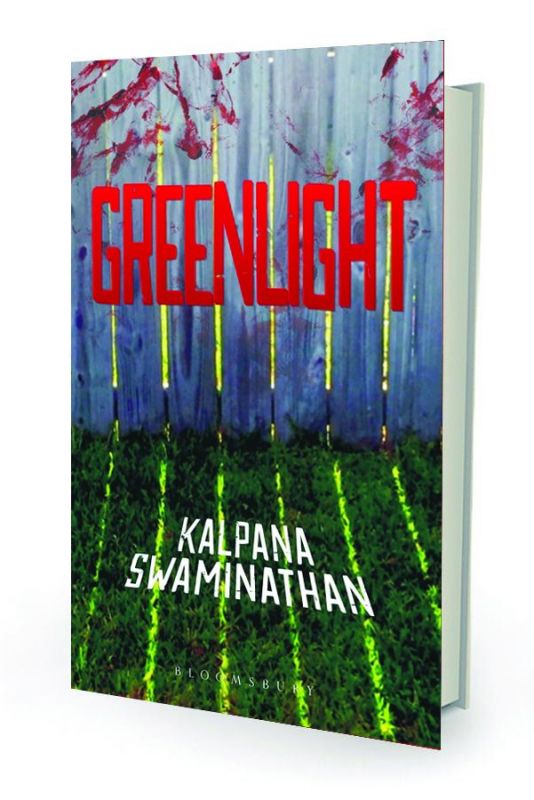 In Greenlight the message is that in a patriarchal India where the difference between the rich and the poor is vast, anything and everything has the green light to go ahead, especially when the victim is female. Age doesn’t matter — the victim, or survivor, as the case may be, becomes an object.

There is also a tendency to ‘mythologise’ the worst of scenarios by saying that it was prevalent in the Hindu scriptures and therefore has the acceptance of scripture behind it which is something that we encounter in the media every day.

Apart from the little girls there are other murders, mostly women, and behind it all is a terrifying psychopath who aspires to rise above the mundane by transcending conventional morality and making the ultimate forbidden sacrifices. In another life he would have been a tantric.

Swaminathan has her smoke and mirrors pat, giving away very little, barring the most tantalising of clues like an expensive parfum prive bottle. Her sleuth, when she is not undercover, has a streak of elegance reflected in her taste for saris and her accessories.

Is there a false step in the book? Perhaps Arun who seems to have taken Sita in by his charm but who appears to be the typical patriarchal Indian male. Perhaps, too, the first set of tweets need not have been so long.
Anjana Basu is the author of Curses in Ivory and Black Tongue