The contents in the luggage of a home-bound expat from Dubai usually include goodies like perfumes, chocolates and dry fruits, but when Syam Balakrishnan landed in Kochi airport for his vacation, his baggage was full of canvases — his art works from his expat life. Back home, he placed them along with the works he had left behind while moving to the UAE as a 3D artist. Friends who came to visit were awestruck by his unfettered love for art even after spending years abroad.

They suggested that he hold an exhibition of his works — not for fame or money, but to just let know the world that such magnificent art works exist.

Walk in to Durbar Hall and see Syam’s magic of art in oil, acrylic and watercolour. 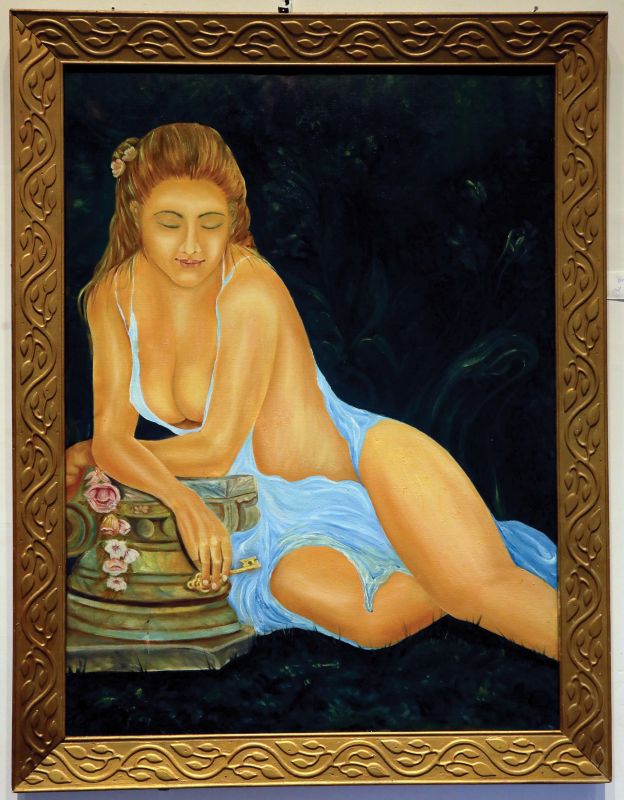 “Most of the art works were made during my after-work hours in Dubai. The exhibits have been painted over the past 20 years,” says Syam, who points at a miniature canvas which shows a boy and a girl in the meadows watching grazing cattle – that’s his first painting.

A native of Vaduthala in Kochi, Syam’s interest in painting was identified by his father who enrolled him in Kalabhavan where he got professionally trained. “I paint using brush, knife and fingers on canvas, fabric and glass. There are no specific themes or interests; I paint about anything. You can see that from these works here,” he says. Though nature and animals seem to be the highlights, there are inspired works – from listening to Bob Dylan, admiring the works of Goan artist Mario Miranda, his own professional arena of 3D art… Raindrops on My Shoes was painted while listening to Dylan; that one is inspired from his song. The party work is inspired from his favourite artist — Goa-based Mario Miranda. And then there’s his favourite work — an oil painting Warrior featuring a Red Indian hunter. 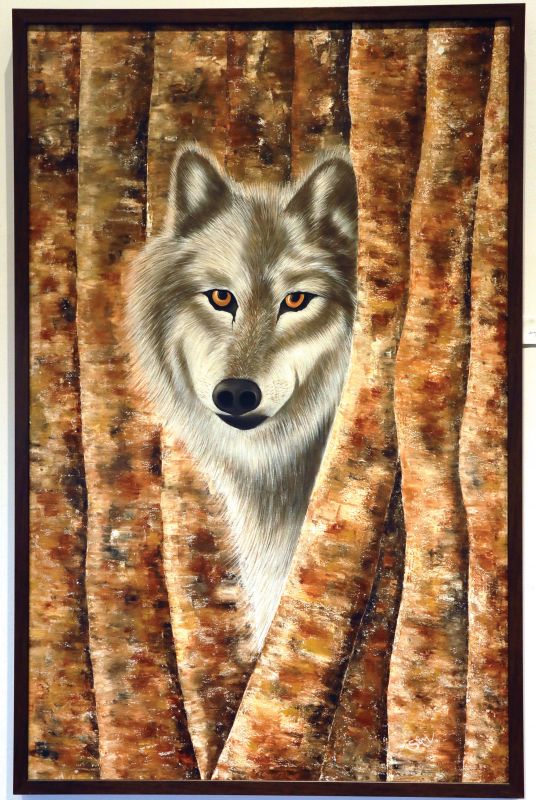 From another frame stares a wolf with its sharp, piercing eyes; wherever you stand, it appears that the cold gaze is aimed at you. “That work is titled Wolf in the Woods and it’s a 3D work that gives an impression that its eyes follow you wherever you go. A lot of people came asking for it, but I am not selling my works. I have emotional connect with my works. I can’t part with them that easily,” he says.

Call him an emotional person who doesn’t prefer money for art, Syam wouldn’t care. For each work, he spends so much time and gives his whole heart. He says, “I don’t do quick works. I spend so much time on each one. Some of them have taken more than two months to complete. And I don’t work on multiple projects. I paint one at a time.”

On the corner of the gallery is a half-finished work he is currently on — a rainbow-haired dancing girl. He hopes to finish it soon, as his vacation ends in a month. Syam’s exhibition with 22 works on display will conclude on Thursday.

Do's and dont's before running marathon

Embrace 2020 on a healthy note, with almonds!