The position of the artist is humble. He is essentially a channel. — Piet Mondrian. With so much of awareness being spread about art, one such show which recently concluded in ChitrakalaParishath was not just about art but it was about celebrating wildlife, something which has garnered a lot of attention thanks to our wayward infrastructure resulting in the neglect of wild animals. Prasad Natarajan who is known by his on screen name On my easel juxtaposed an art show which was a fitting tribute to wildlife. 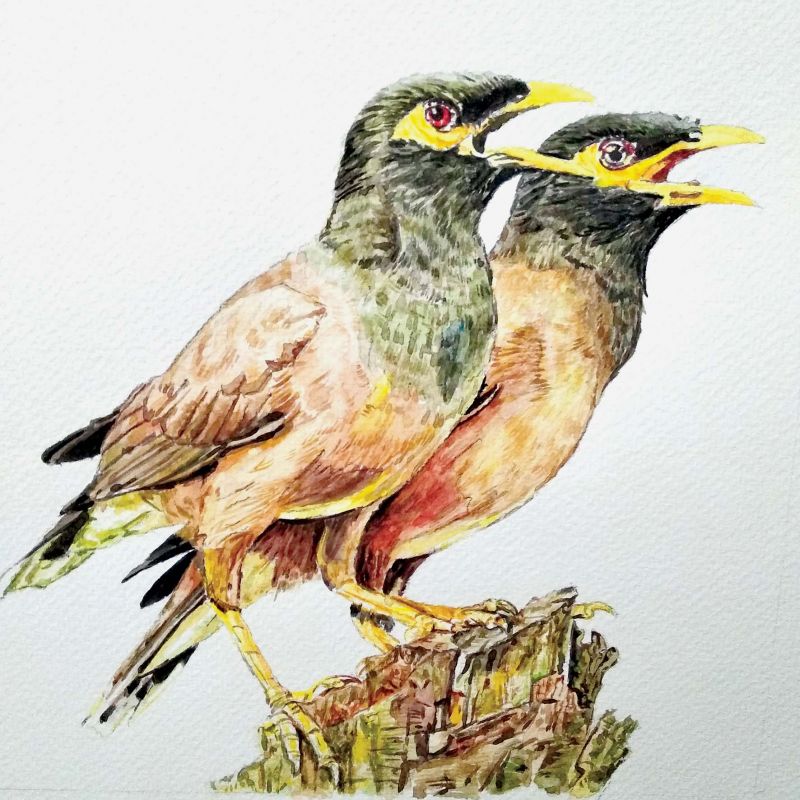 Says Prasad Natarajan, the founder “I formed Artists for Wildlife and Nature’ in 2017 by. Our main aim is to promote wildlife and nature art. We provide a platform that encourages different forms of wildlife art and support professional and amateur artists alike. Members of the Trust have a wide variety of events throughout the year to choose from. These include workshops to help members to advance their artistic skills. Members will also be provided with ample opportunities to observe numerous species of animals, birds and other species in the wild.’’

One of the most well-known wildlife painters in India, Prasad has showcased some of his stunning works in the show. He believes that visual representation is a powerful medium to reach across the world and that art is an important tool and a powerful medium in Wildlife conservation. The miniature show which had affordable artworks by different artists, showed wildlife in full bloom. Other notable artists in the show were Prasanna Kumar whose Myna’s were standout. Abhijna Desai’s deer works were exceptional too.

The show concluded recently at Karnataka ChitrakalaParishath. Shakti Prasad who observes Animal behaviours, Smitha Kashi and veteran artist Umesh Prasad were at their usual best. LaxmanKabadi’s solo show at ChitrakalaParishath which ran simultaneously with the above show was very blissful in its own way. Laxman’s use of watercolour and his exceptional hand at dry pastel shone in the art show.

Laxman says “I’m an artist. It is my responsibility and duty to develop an artistic creation that is acceptable by the society and make them know the unknown. From the last decade, I’m continuously working on this direction and have been creating art pieces that are magical.”Most of the artworks in the show were done in the historical places of Karnataka such as Hampi, Badami, Aihole, Pattadakkal, Belur, Halebidu and others. Laxman’s use of light and shade shows his mastery in watercolour since it is not an easy form to master, Lakshman looks ahead to doing more shows in the future with different mediums.

—The writer is an art  expert and curator.