Rebecca's adaptation, like the book itself, tells the story as seen by the protagonist, the ill-fated man of melancholy, Gregor Samsa.

"Art gives you another vocabulary; it's like learning a new language," says Rebecca Spurgeon, whose adaptation of Franz Kafka's Metamorphosis returns to the stage after a successful debut.

'When Gregor Samsa woke one morning from troubled dreams, he found he had turned in to a giant insect.' The iconic opening line has captured the heart of many an artist and Spurgeon, with her love for literature, was no different. Amazed by the depth of his writing and touched by the story of his life, Rebecca always longed for her chance to bring Kafka to the stage. And the process, she says, was something of a nightmare. "The toughest part was that people already know the story and those who have Metamorphosis have an image of it in their minds," says Rebecca. She knew, however, at the outset, that her aim was never to reinvent this perception, "I can't undo what is already in the mind of a reader. Theatrically, the challenge was to delve deeper and understand the nuances of the story." 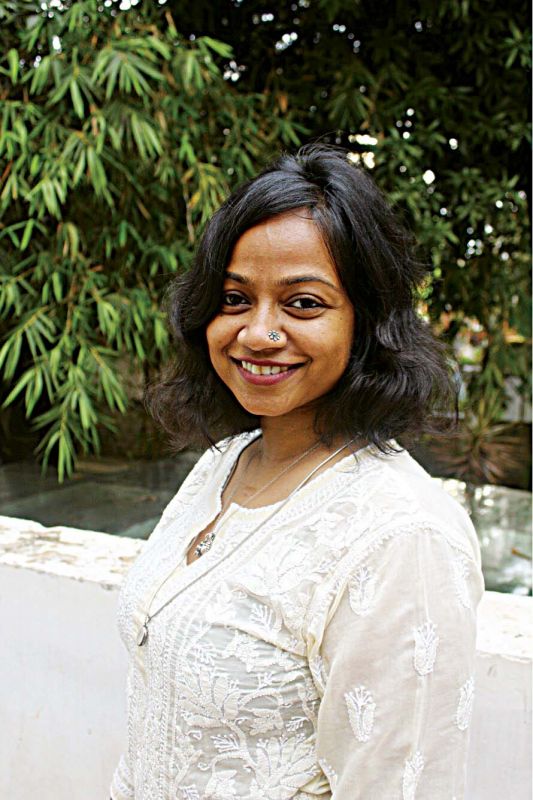 Rebecca's adaptation, like the book itself, tells the story as seen by the protagonist, the ill-fated man of melancholy, Gregor Samsa. "What did it mean for this man who had no control over what was happening to him and go through the horror of parental rejection in addition to the helpless inability to communicate he appears to have felt."

She was drawn at once to Kafka's slug metaphor, one of his most autobiographical. "One thing that really struck me was Kafka's relationship with his father, since I could relate to it and Metamorphosis is autobiographical. Presenting it on stage through Gregor's eyes makes the experience personal and yet universal." Rebecca did not set out with a specific idea for the performance and took a year to come up with the final product as one idea conspired into another.

The play unfolded with a marked economy of movement and sound, "A hand moves and there is a reason for it. So it was a choice of movement artist versus actor because finding a combination of the two is very rare," says Rebecca who hit the jackpot with actor Swetanshu Bora.

The play is an amalgamation of device theatre, sound and shadow with minimal text, "People find it amusing that Kafka is being performed with such little text but there is so much more to the book than its storyline. The sound and the silence are characters in themselves."

Gregor Samsa's transformation into an insect was open to a multitude of depictions but in order to save the audience from any visual shocks, they settle with putting Bora in a body suit. "We must see the heart of the man behind the insect body. I believe if Kafka wanted to draw attention to the slug itself, he would have done so differently."

Rebecca believes, "You should approach any art form by what is it saying to you rather than what you want it to say to you." Offering multiple layers of transformation that each of us experience, even if we don't want or understand that, this adaptation has made metamorphosis Rebecca's as it explores the poetic darkness of Kafka's mind.