Dreaming the Bangarra: When the aborigines go walkabout

What: Bangarra Dance Theatre
When: Oct 29
Where: Ambedkar Bhavan

In 1989, Carole Johnson, an African-American arts administrator, founded the Bangarra Dance Theatre. To the aborigines of Australia, this was a significant milestone, their culture, ancient though it was, had been desecrated by years of violence and prosecution. Through dance, the glory of their past, the indigenous experience found new life in the vocabulary of contemporary dance. The Bangarra Dance Theatre is finally in Bengaluru, part of the Australia Fest.

In 1991, things took another leap when Stephen Page joined the company as its artistic director. With him came his brother, David, who went on to compose the music for a number of Bangarra performances.

"The idea is to tell stories about the indigenous experience today," says Philippe Magid, the executive director at Bangarra. "The music is composed from scratch, as are the costumes and the sets. All of it contains traces of a culture that goes back 65,000 years but it's a contemporary retelling, with contenporary dance." 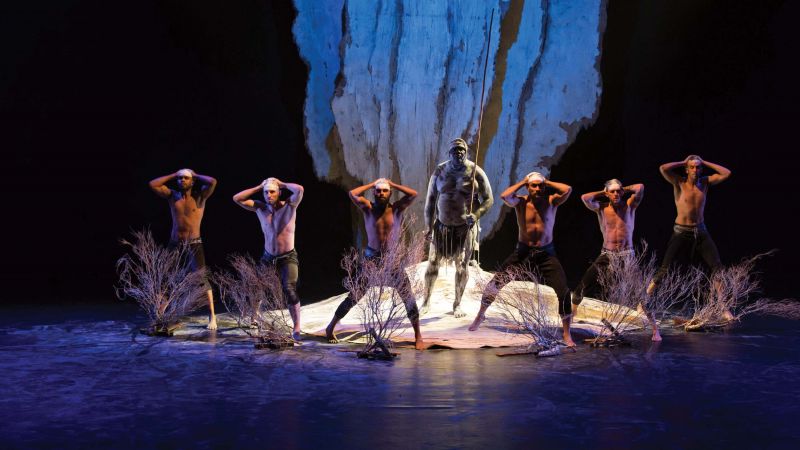 The experience, as one of the Bangarra dancers described it, is subtle, the sort of performance that will leave its audience thinking the next day. It's full of magic and wonder, a world of totems and spiritual animals guides - their guardians, perhaps, in the Outback's unforgiving terrain.

For instance, their debut production in 1992, Praying Mantis Dreaming, tells the story of a young Aborigine girl setting out to live in the city. In Walkabout, which came a decade later in 2002, dancers trace the history of the Aborigine people ever since the arrival of the British.

The Aborigines have found themselves a somewhat strained place in mainstream society, although centuries of persecution have left both the race and its customs on shaky ground. How do they give in to the new without relinquishing their past? How does the rest of the world understand the complexities and nuances of indigenous life?