Rohit tried to visualise the thoughts and growth of an innovative mind.

It’s long been debated whether doodling can help people focus better. Research claims that it can even improve memory and enable people to grasp new concepts easily. A living proof of this phenomenon is city-based Rohit Soni, a user experience designer at a multinational company, who has come up with the ‘doodle kit project’ to promote the art as much as possible. 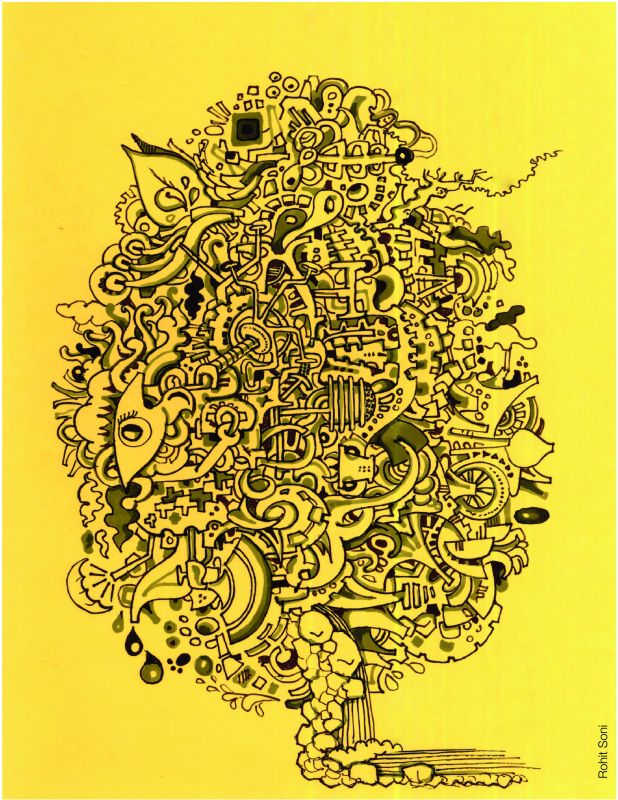 Talking about his journey, the 28-year-old doodle artist shares how doodling was always such a big part of his life. “I have been drawing since I was a child because it was part of the school curriculum, but what I got really attached to were the scribbles and sketches that I used to do on the last page of my notebooks,” he shares, adding, “The teachers always thought I wasn’t paying attention, but that’s how I learnt! Doodles helped me visualise the lessons and made me remember better.” 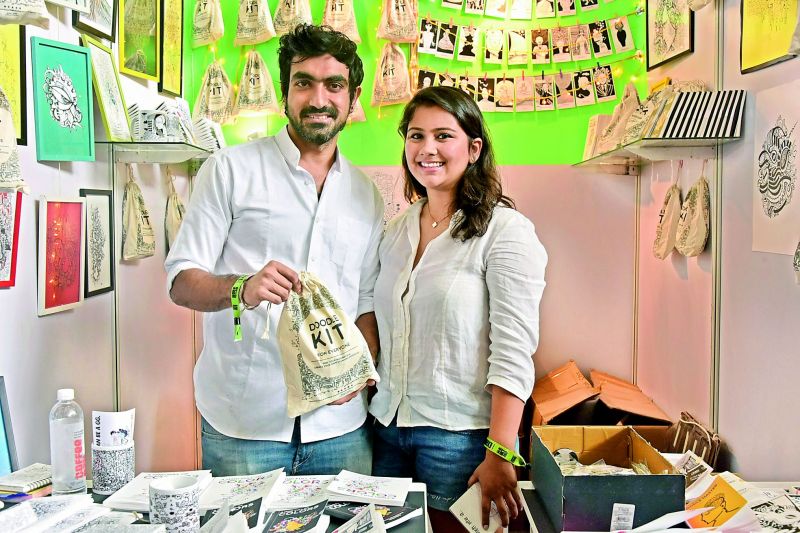 Everyone can be creative, all that they need are the tools and a little push — Rohit Soni, doodle artist

Rohit says he wants to change the negative connotation attached to doodling. “At one point, it got so bad for me that my teachers suggested that I go to a special school since I was only drawing and not studying. But doodling is a language that can express so many things. If you go back to the history of mankind, the first form of communication was by cave paintings. My thoughts would be really complicated in my mind and once I put them down on paper, I felt inner peace,” says the young artist.

Rohit reveals that he wanted to be an architect when he was in school, but didn’t do well in math. “Math was all formulae, it wasn’t visual enough for me. I then took up biology and ended up scoring really well because I drew so many diagrams, and the teacher thought I understood everything!” he says. He then went on to do a product design course at NIFT and a Masters in design from IIT Mumbai.

While the first edition of the doodle kit was released last year, the final version just came out a few months ago, and has had takers from Mumbai, Delhi and Hyderabad. “Everyone can be creative, all that they need are the tools and a little push. That’s what the doodle kit does,” says Rohit and explains, “In the kit, there’s an exercise book with cues after every few pages to get the user to use their imagination and conjure up something interesting. There’s an outline of a t-shirt where users can design a doodle on it. The doodle kit also contains a sketch book, two doodle pens, some glitter and a stamp... in one of the exercises, we ask them to make a 3D doodle since doodling is not just about drawing, but is about expressing oneself.”

Rohit says that a lot of research has gone into the making of the kit. “Many people experience a creative block and so did I. At one stage, I wanted to write a book titled How I lost My Creativity. I tried various things to jog my mind... I would put my head in a bucket of water and get it out only after I thought of an idea! I socialised a lot and tried to think out-of-the-box. Travelling also does wonders to creativity, and expands one’s horizons. With all these in mind, I figured out what jogs a person’s imagination and used it in the kit. I have exhibited in USA and Dubai too, and there’s been an overwhelming response,” he concludes.