Take a look at B.D. Dethan’s paintings displayed at the A, B and C galleries in Durbar Hall, Ernakulam, one can trace the evolution of the artist in him over the past 52 years. The works divided in six categories, viz. — avastha, botanical fantasies, faces, parinamam, kali, and poetry —  stand as testimony to his experimental mind. Six series, six approaches. “I keep changing my styles, which is very unlikely among artists. It is a risk.

But, I am not worried about taking risks,” says Dethan,  smiling. He is also not worried about viewers purchasing the works. “To see my works stacked neatly on these walls is enough to satiate my heart,” he confesses. 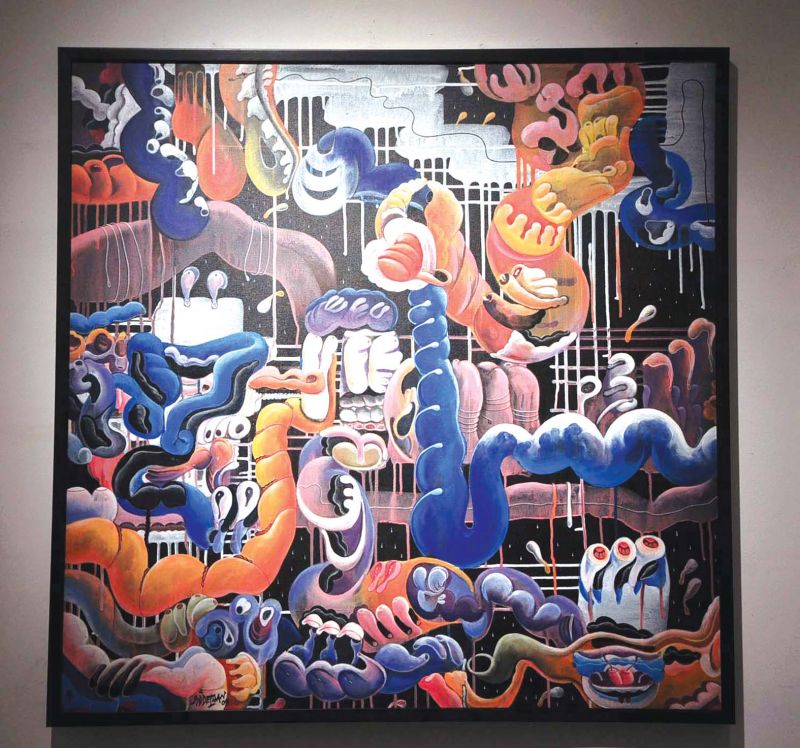 In the gallery, the show begins with botanical fantasies, which comprises acrylic paintings depicting an imaginative, colourful world. Kali, predominantly done in black and white, symbolises kaliyug. “I took some time to do kali. I did small sketches using pen and ink before working on big canvases. I made around 65 sketches, cut them, and then merged them to get the thought right. I could not think of any other shades for this series,” says Dethan, who set the black-and-white images on a mildly-coloured background.

Avastha  and parinamam show existence and evolution, respectively. For the latter, he assumed the role of a sculptor. He took interesting images from  magazine pages and scratched on them with sharp objects to derive new shapes. In certain cases, he added a few lines and colours to derive a new definition out of the existing  object, symbolising the concept of evolution. “Most works carry no colour. I added new meanings just with scratches,” says Dethan. 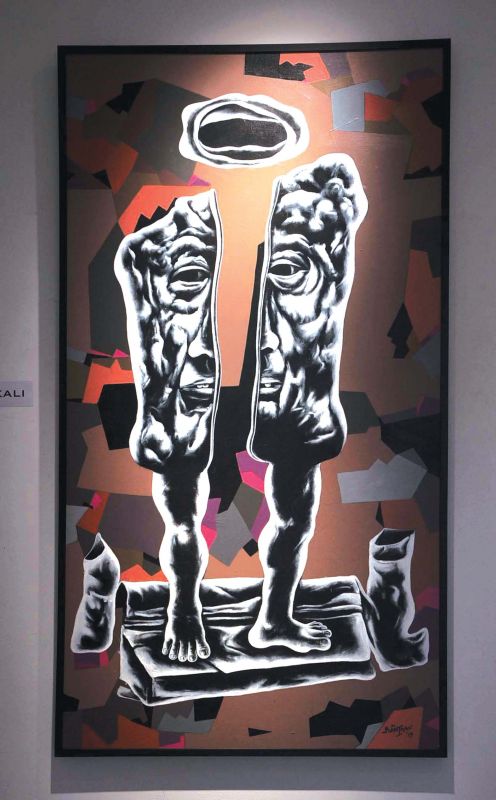 Faces done in charcoal features agonies of human kind. One can find different kinds of faces with various features, but all of them bear the same emotion — sadness. Dethan says this series, drawn in 1992, is an answer to the quest  that what would happen if people lose the value of kindness. The faces are distorted, a recurring feature in Dethan’s works. “Only fingers and charcoal have been used to do these faces. I had no reference to do this series. They happened spontaneously,” he recalls.

The best word to describe Poetry is innocence. They carry the mind of child that is least bothered about perfection in life. “These works are inspired from Tagore’s poems. I drew them pretty quickly, like a child does. I could realise their beauty only after putting them here.”

A few of Dethan’s series like the ‘abstract series’ and ‘nude complexion’ are not included in the exhibition. The show will conclude on August 28.