DECCAN CHRONICLE. | PRIYA SREEKUMAR
Published May 25, 2016, 12:00 am IST
Updated May 25, 2016, 12:07 am IST
The Kochi biennale has given a major fillip to the art scene in Kerala with the state hosting a large number of exhibitions and gallery openings

Graffiti at the Students Biennale

After several years on the sidelines, Kerala is today considered a major art hub as far as sales volumes, innovations and expositions are considered. The concept of an art curator was almost unheard of, with little possibility of art works reaching the national and international galleries. But that has now changed and there is no arguing that Kochi biennale has given the art scene here the much needed boost and breathed life into galleries.

Contemporary art has now spilled over to the streets with many youngsters taking the graffiti route to highlight social issues. Art has burst forth from constraints into a kaleidoscope of ideas, forms and interpretations. Art exhibitions, new galleries and student’s biennales signal the tempo of art activities across the state. Curators and gallery owners support artists by not only funding their ideas but by giving them the space to showcase their creations.

Satish Menon of the White Walls Art Gallery, which recently opened in Kochi, conducted a curated show of award winning artists. Satish’s main objective of starting the gallery was to make art accessible to the common man. He says, “White Walls wants to let art be the bridge between artists and the local people. To facilitate this, we have been organising creative workshops every week where the public meet and interact with contemporary artists. We focus on local artists because there is a need to understand, promote and acknowledge local talent. Look at the statistics — the top Indian artists are from Kerala”. 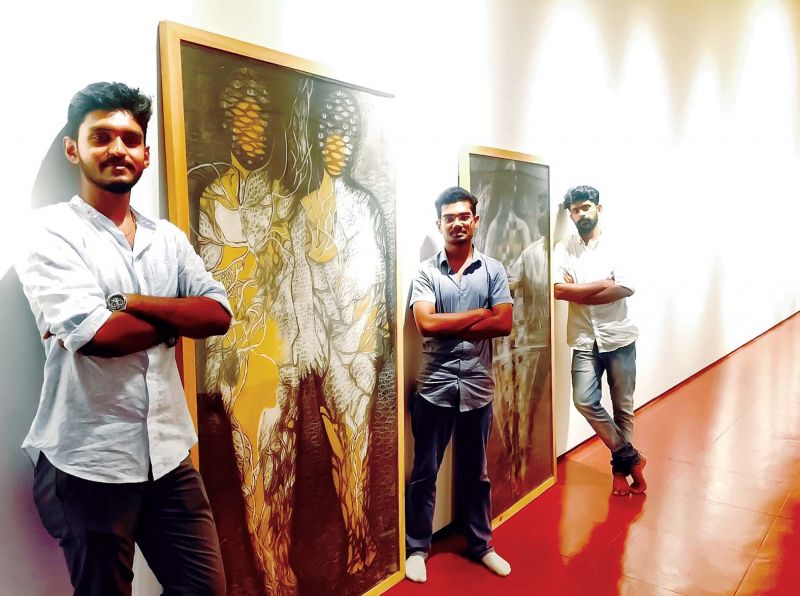 Satish acknowledges that the biennale has thrown set conventions and patterns to the wind, but says that it is more of an event. “We need galleries where talented artists can display their work and we intend to provide that platform,” says Satish. Months back, Kerala Lalithakala Akademi came up with the idea of a Moving Art Gallery in Kozhikode, which had works of noted artists. The project’s intention was to bring art to places where it was not popular and accessible and also to encourage citizens to buy art to adorn their living spaces. 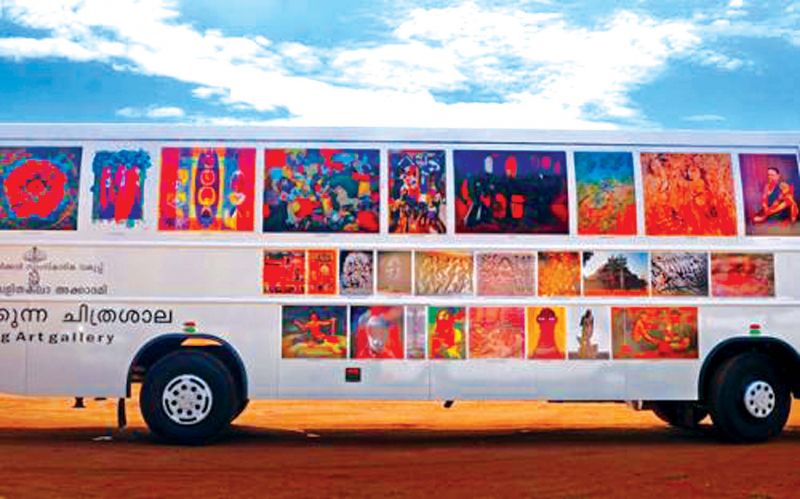 The youth too are enamoured by the world of colours and opportunities. Balamurali Haneesh, Christy Parappukaran and Jithin Roy are engineering graduates from Rajagiri Engineering College. After almost a year of research they understood the art market and the scope for artists and decided to embark on a platform, Parampara, which has a selection of art exclusively for Kerala artists. Parampara features works of 200 artists in its collection.

Balamurali says, “I think after the Kochi-Muziris Biennale people here are starting to understand the importance of art. An e-commerce platform allows us to sell our art globally. At the same time it is our mission to revive the art market here in India.” There are around 20,000 artists in Kerala and there is a need to address that number and talent. Collecting art has always been a recession- proof investment. 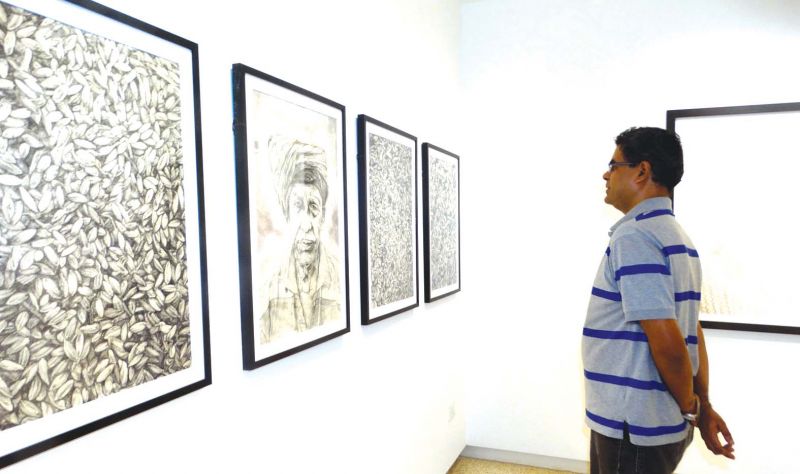 “The response to our show has been spectacular. The general public have come to see our show in great numbers even with very little advertising”, he says. Educational institutions too are pitching in to promote art in the state. Sacred Heart College Thevara recently organised a Students biennale where students were encouraged to do installations and paint graffiti. Angel, a coordinator, says, “There are a lot of platforms for dancers and singers, but very few for artists in colleges so we wanted an event where students could give expressions to their thoughts and feelings. The response from the students, public and the faculty was very positive and students used to start drawing after classes till late at night.”

Joel and his team, comprising Sreeraj, Vishnu and Minu, organised an event called Redraw Kochi that let artists give vent to their passion, coupled with a social cause. Members and volunteers drew some graffiti near Kaloor bus stand after clearing garbage piles. Says Joel: “The area chosen was filled with garbage and all we did was put a notice on our social pages; we got response from volunteers who helped in clearing the garbage and painting the wall”.