The power and pathos of Sonagachi’s mysterious world

The author begins the novel with her discovery of the child Lakshmi of the famed documentary in one of the affluent neighbourhoods of Kolkata. Malati’s daughter was now a respectable, self-possessed adult whom everyone knew as Anjali.

There is something acutely poignant about the image of an ambitious mother grooming her daughter for her first night which she hopes will be the beginning of  a successful career in sex. It is through  such images that the reader learns the story of three generations of sex workers. The first, Saraju, was abducted from a refugee camp as a child and forced into the sex trade that flourishes in Sonagachi — the mysterious red-light district of Kolkata.

The author of Not Just Another Story, Jhimli  Mukherjee Pandey, is a journalist by profession and journalists are forever looking for “stories” — practically on a daily basis. But, as the title of the novel proclaims, this is not just another story. It all began when the author set out determinedly on her quest to get a new angle on the children who featured in the award-winning documentary film, Born into Brothels. Her 500-word article was duly carried by her paper but the seeds of this novel were sown then. The multiple trips that she made to Sonagachi threw up fresh experiences every single time and these were woven into the fabric of the novel. Perhaps it needed a woman — an intrepid but  also a curious and sensitive one — to write this story with the empathy that it deserves. 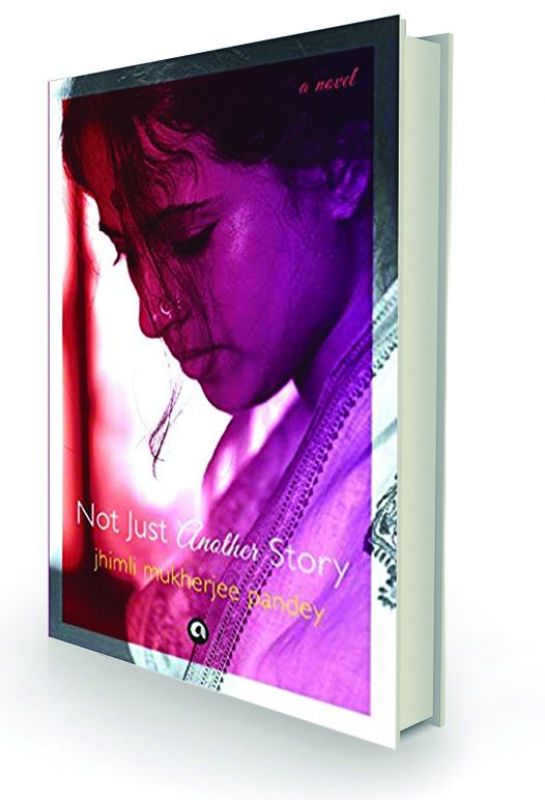 Not Just Another Story by Jhimli Mukherjee Pandey Aleph, Rs 399

Even the lanes and bylanes of Sonagachi have intricate divisions of class and hierarchy of relationships. The residents of this area go through the usual ups and downs of life and the emotions that are demonstrated by “regular” family members also bubble up in the Sonagachi “families”. Anger, jealousy, fear, stoicism, kindness, generosity, petulance, despair, ambition and more — the full range of emotions is displayed adroitly in the stories of the three women and their associates. Society in Sonagachi  comprises females of various ages. There is the child who is to be broken in, the novice who is in the process of learning the skills of her trade, the sought-after expert who is at the peak of her career, the veteran who mentors and then there is the spent senior who leads a retired life. It is a woman-centric book filled with power and pathos but the irony is that the world of Sonagachi has been built around the lust of men.

Golapi’s husband and in-laws sold her off to an agent so that he could marry a woman who would bring in a hefty dowry. When Golapi sobbed and wept at this betrayal she was told that she should be thankful that she had escaped death by “accident” (many women die this way) and now she should shed her inhibitions and learn to enjoy her new life. Saraju had tried to educate her daughter Malati and protect her from her own plight. But Malati was lured by the promise of a more comfortable and even glamorous world and little did she realise that she would be set up with three starving men and that her first earning would be from a gang rape. Unlike her mother Saraju, Malati didn’t want her daughter Lakshmi to be “saved” by education even when she was offered the chance. “You will never understand our life, our reality,” she told the potential “saviours”. She doggedly maintained that no one could escape from this life and earn elsewhere. It was therefore best to accept this truth and make the most of it.

The author begins the novel with  her  discovery of the child Lakshmi of the famed documentary in one of the affluent neighbourhoods of Kolkata. Malati’s daughter  was now a respectable, self-possessed adult  whom everyone knew as Anjali. Her story never made it to the newspaper — Jhimli the writer kept her word.

The author learned that it was Malati’s daughter Lakshmi alias Anjali, who had painstakingly learned to see “the truth of a man” and scaled great heights in the lucrative and relatively genteel profession of a sophisticated paid escort.  Rich and successful men were happy to shell out  generously to enjoy her company.

Read this book if you wish to explore the little understood world of the sex workers of Sonagachi. In the process you will see a different side of the culturally acclaimed city of Kolkata and you will also learn that “rich or poor, men are men”.

The writer is a veteran school educator based in Kolkata

Walden: Death of a bookstore in Hyderabad