Mohan Guruswamy
The writer, a policy analyst studying economic and security issues, held senior positions in government and industry. He also specialises in the Chinese economy

Sharp economics offers glimpse of Subramanian Swamy we never had

Subramanian Swamy is a brilliant man. His educational lineage says it all. He was educated at Delhi’s Hindu College, Indian Institute of Statistics, Calcutta and Harvard University where he obtained a PhD in Economics at the age of twenty-six in 1965, where his guide was the Nobel Laureate Simon Kuznets. Soon after he joined the faculty as an assistant professor. While at Harvard he was also a resident tutor at Lowell House, an interesting position since it also entitles the appointee a set of rooms in the hall of residence with a wood fireplace. When I took this position in 1982, I got the same set of rooms. The coincidences didn't end there. When I was given a room at the now Harvard Institute of Inter
national Development (now Center for International Development) on 1737 Cambridge Street, I was allotted the room he once used. But coincidences happily stop there. I wouldn’t claim anything close to Swamy’s academic accomplishments and brilliance.

When he was teaching economics at Harvard, Swamy caught the attention of a RSS ideologue, Madhavrao Mulay, who invited him back to India. In 1974 Swamy was found a place in the Rajya Sabha as a Jan Sangh member from UP. His tenure in the upper house ended when the Congress party had him expelled from Parliament for his now famous Scarlet Pimpernel act during the Emergency. Swamy didn’t just invite Indira Gandhi’s baleful attention. He also invited Atal Behari Vajpayee’s baleful attentions. For some reason Vajpayee felt threatened by Swamy and his overt ambitions. Swamy made few bones that he saw himself as a future Prime Minister. He could have been, if his temperament and overweening ambition didn’t overtake him. But Vajpayee and Advani saw to it that Swamy left the BJP. 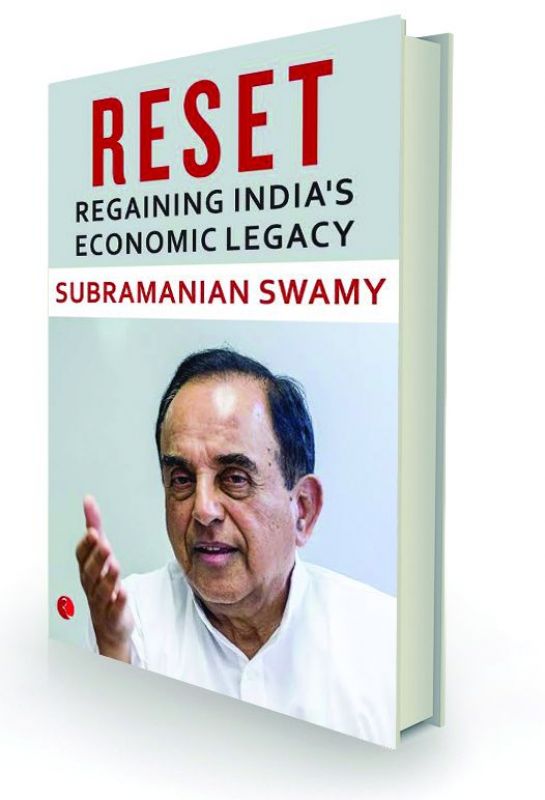 Incidentally, such was Swamy's standing as an economist, the World Bank relied on a study by Harvard Professor Dwight Perkins and him to downgrade China’s per capita GDP to entitle it for the concessional IDA credit. This also ensured that India’s share of low cost IDA credit was almost halved. It is little wonder then that Chairman Deng Xiaoping received both of them in the Great Hall in Beijing. Swamy, like Perkins is a Mandarin speaker, and is also reputed as an expert on the Chinese economy. The government of India could have benefitted much by listening to him on this experience, but Arun Jaitely saw to it that he didn’t get Modi’s ear.

If he did perhaps the Indian economy wouldn’t be in the mess it is in now. In Reset: Regaining India’s Economic Legacy, Swamy quite articulately and even brilliantly explains the reasons for India’s present predicament.  He confirms what most economists of any standing have been saying. The economy is tanking. He writes that the “decline in GDP growth will continue into this financial year, dropping to below even the 5.8 percent annual equivalent Q1 rate”. Indeed it is. The true GDP growth many suspect is even lower than that. To buttress that Swamy quotes another Subramaniam (Arvind) who has discovered post exit perspicacity to opine that growth may actually be about 2.5 percent less than officially claimed. To be sure Swamy doesn’t see any optimism in the immediate horizon. To buttress this feeling, he helpfully quotes Dr Rathin Roy, till recently a member of the PM’s Economic Advisory Council, that the novice Finance Minister has fudged the budget figures and that for the “Budget Estimates (BE) to be credible, revenue receipts will need to rise by a whopping 1.1 percent of the GDP, while the Union Budget just allows for 0.12 percent increase!”

Reset is a well-crafted and articulated study of what ails the India economy. It racily traces the history of India’s economy, from the colonial exploitation to the lost opportunities due to the mindless Central Planning bureaucratic web, the missed industrialisation and the missed opportunities of UPA 1 and 2. It has none of the “I think and I believe” stuff Indian thinkers and leaders are prone to. It is replete with data to support every conclusion and doesn’t mince words. This is the Swamy we never had.

However, the useful part of the book effectively ends at page 171. Then there is a sixteen-page appendix; I suspect an afterthought, “Towards A New Ideology of Integral Humanism” which is a restatement of accumulated RSS gibberish and some notions propounded by its leading thinkers like Madhav Sadashiv Golwalkar and Deen Dayal Upadhyaya. It concludes “Now in 2019, India’s GDP is the third largest in the world after USA and China. India has the potential to move ahead of China in the next ten years and then challenge the USA because of Indian demonstrated capacity to innovate new technologies for faster growth”. The last great RSS innovation of new technologies was when the “nuclear physicist” Dr Murli Manohar Joshi in 1996

discovered Ramar Pillai Ramar from a Tamil Nadu village who claimed to be able to transmute water to gasoline by a herbal formula that he claimed was the result of a miraculous bush Boswellia ovalifoliolata. Thanks to Joshi, Pillai

obtained 20 acres of land to cultivate his bush. But in fact it turned out that he was using sleight of hand to substitute kerosene for the liquid he claimed to have derived from the bush. In October 2016 Pillai and an associate were convicted of fraud and sentenced to three years RI.

The writer, a policy analyst studying economic and security issues, held senior positions in government and industry. He also specialises in the Chinese economy.