Husain went on even to propose a united Middle East, with Israel a part of it. Those who daily follow news from the Middle East and sees Israeli policies towards fellow Arabs, Palestinians in particular, may chuckle about it, if not simply jeer at this idea. (Photo: AFP)

What is the Muslim belief? What is Islam? How have Muslims lived over the years? When did the phenomenon of Islamism enter the Muslim world? How did it find acceptance and resistance within the community? How did organisations like Al Qaeda and the Islamic State of Iraq and Syria (ISIS) come into being and how were they accepted or rejected by them? How do and how should the non-Islamic (outside) world and the West look at Islam and Muslims? Ed Husain, Britain-based radical-turned-scholar, ventures to answer all these questions and helps readers understand the House of Islam (the Islamic way of life and its worldview) in his book of the same name.

Husain, whose earlier work, The Islamist, was a bestseller, has been associated with Quilliam, a British think tank dedicated to promote dialogue among religions and champion moderate interpretations of them.

In House of Islam, Husain applies the curiosity of a layman rather than the convictions of a theologian to understand Islam, its history and its followers. He heralds his approach with a quote of Averroes, the apostle of reasoning among Islamic philosophers, who comforted his weeping disciples that even if people burn books, ideas transcend aeons to reach the minds of thinking people. 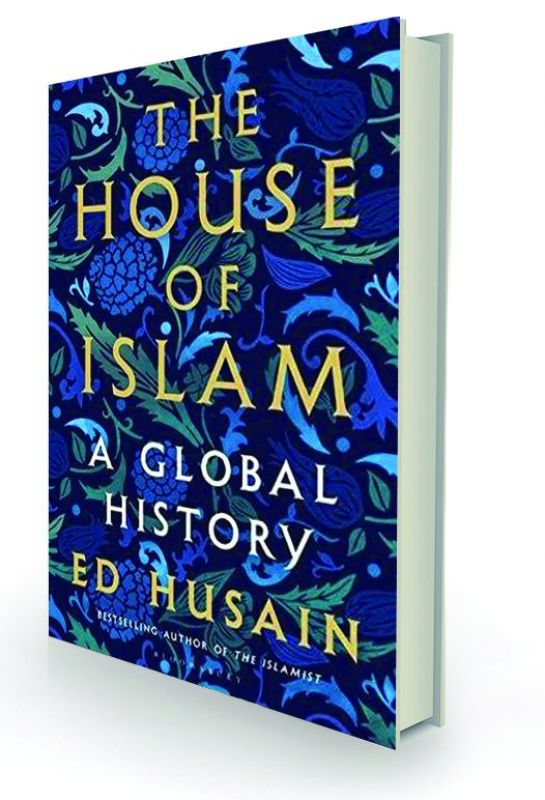 The House of Islam: A Global History by Ed Husain Bloomsbury, Rs 2,304

It is these ideas with which Husain tries to convey and bust many a myth about the birth and travel of Islam from Mecca to the rest of the world. For Husain, Islam is essentially a religion of philanthropes, even though conflicts of myriad hues inflicted the world of Islam from the very beginning of the post-Prophetic period. He quotes the Prophet, “Islam began as a stranger. One day, it will again return to being a stranger.”

The Prophet's prediction finds echoes in tomes of literature and journalistic endeavours produced to subtly call for the reinterpretation of Islam and sternly demonise Islam and its followers because of the birth of extremist organisations in West Asia, Africa and Asia. Husain sees rise of such organisations as direct result of the West-incited conflicts in the Muslims world and the literalist explanation of the religious texts by orthodox ulema (clerics). “Saudi influence… or Wahhabism (a subsect of Sunni Muslims based on teaching of 18th-century Saudi scholar Abdul Wahab)… led to such interpretations,” diagnoses Husain. Before Wahhabism devoured them, Muslims, Husain writes, lived a life that was rich, diversified and cosmopolitan during the period of the Ottomans.

He quotes Oxford historian John Darwin to illustrate this glimpse of the past. "The cultural life of Islam (in the Ottoman Empire and beyond) was strikingly cosmopolitan. An educated man might seek his fortune anywhere between the Balkans and Bengal."

The onslaught of Wahhabism, combined with the Ottomans’ own decay because of orthodox clergy, squeezed this cosmopolitan spirit out of Islam. Many years later, after the fall of Muslim empires in all continents of the world, Islam, as the Prophet predicted, stares at being a stranger. In addition, it's viewed through the prism of ideologies of outfits like Al Qaeda and ISIS by outsiders.

Lawrence of Arabia (the British archaeologist, Army officer, military theorist, diplomat, and writer, who coaxed various Arab tribes to revolt against the Ottoman Turks) promised the same Arab kingdom to all these tribal leaders. “We (the West) actively buttressed Wahhabism in the last century against Sufism (did we even know the difference?), and now we tear our hair in despair as Wahhabist intolerance spreads across the globe. More fighters are joining the jihadist conflicts and targeting even Muslims living in the West,” rues Husain.

For Husain, the Ottoman Empire was epitome of moderate Islam as it was based on teachings of most famous mystic of Muslim world, Maulana Jalaluddin Rumi, whose teachings are an anathema to radicalism and make Islam attractive to non-followers of the faith. “The Ottomans’ fall gave birth to Islamism as the fall of the German-Austrian Empire led to the rise of Nazism, and the fall of the Russian Empire resulted in the birth of Communism,” notes Husain.

To Husain, the remedy to problems of the Muslim world lies in shunning the literalist path of extremists (read Wahhabism) and following the ways of mystics like Rumi. “We have to douse the flames of fire burning the Middle East… it’s the battle of ideas that we have to win before it's too late,” he warns.

Right from the page 1 of the book, it’s clear that Husain is trying to introduce Islam primarily to the West and then to non-Muslims across the globe. But, as Husain finds fault in the West’s understanding of others, his own understanding of Islam and solutions to problems in the Muslim world is wrought with flaws too. He blames the Lawrence of Arabia for bringing the fall of his favourite Ottoman Empire. He is perhaps correct, but what he forgets to note is that Lawrence was a scholar and perhaps must have read Rumi too. He purposely sided with the marauding Arab tribes who were mostly followers of Wahhabism. Besides, as was then and as is today, it is among the policies of the West to sow seeds of conflicts by cashing in on schisms and factionalisms in the Muslim world, especially in the Middle East. So, what incentive does the West have to mend its ways?

Husain went on even to propose a united Middle East, with Israel a part of it. Those who daily follow news from the Middle East and sees Israeli policies towards fellow Arabs, Palestinians in particular, may chuckle about it, if not simply jeer at this idea.

The House of Islam is a must-read book for those who want an easy understanding of Islam, but for those who are already inside the house will have second thoughts before letting it enter their shelves.