A source of energy

Life beats down and crushes the soul and art reminds you that you have one. — Stella Adler .

Oorja, defines energy. A source of inspiration.  Oorja or energy in Sanskrit is the defining expression of the human spirit, that energy or life force which inspires and unifies us to reach out through creative expressions, be it through art, social action or community outreach, thus creatively building better communities. The artists of this magnificent group show have stayed true to the title and how. The art show is an amalgamation of some of the finest senior artists as well as some promising young artists who have specifically worked on several diverse themes.

The curator of the show, himself an accomplished artist MG Doddamani has curated the artworks with an aesthetic as well as artistic sense. The list of artists at the show make for an impressive lot : K T Shivprasad, Sachin Jaltare, S G Vasudev, Gurudas Shenoy, Basuki Das, M G Doddamani, JMS Mani, Niveditha Gowda, Sujata Sah Sejekan, Jyothi Gupta and others. While an ensemble of SG Vasudev, JMS Mani and Mg Doddamani have always had collectors and art lovers drool at their works.

JMS Mani’s Badami series recreates the simple, rustic life of Deccan plateau; M G Doddamani’s symbolic paintings depicting meaningful causes; S G Vasudev’s creative expressions in various medium-drawings, paintings, reliefs in copper and tapestries in silk are second to none. In the words of MG Doddamani, one of the artists and the curator “As artists, we are inspired by the society at large. And through our paintings, we are able to create awareness for social causes that plague the society today. Many of our artworks on display share the artist’s perspective on women empowerment issues and other growing concerns.’’ 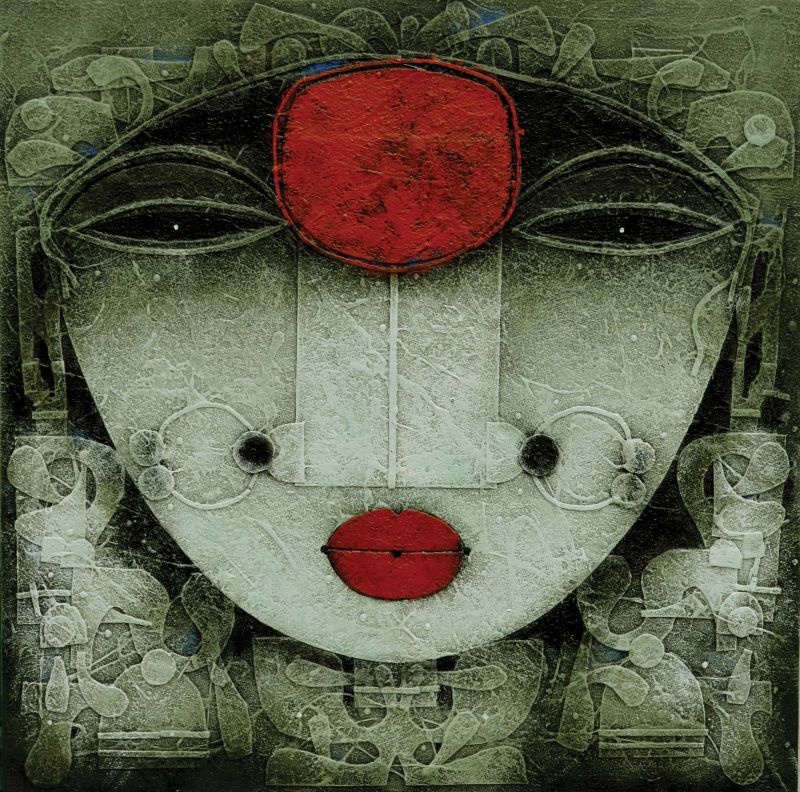 Speaking about his own work, his series of Buddha, he has depicted peace and harmony through play of light in the artworks to display positive energy to create an all-inclusive world, for humans and animals, and nature at-large.  For Sujata, Art is about self exploration and finding solace within oneself or self-science as the artist calls it. In the painting, The Buddha is disguised as a shepherd who, through the lotus is taking the cow towards eternity.

For artist Ritu Chawla Mathur, her new series ‘Doors-Untold Stories’ is her way of depicting the frailities of the society and giving it back in her own way. The Art show has a social angle to it, it will support the causes of Stree Jagriti Samiti, co-founded by Geeta Menon, recipient of many prestigious awards like Namma Bengaluru Awards’ Citizen of the year 2016 and Nirbhaya Nari Shakti Award 2017.