Bestselling author Vineet Bajpai needs no introduction. His stint with authoring books has so far been great.  His first fiction novel Harappa — Curse of the Blood River which released in June 2017, struck gold and  was a national bestseller. Soon after, his second novel (sequel to Harappa) Pralay — The Great Deluge released in January 2018 met with stupendous success.  And now, the third and final part of the Harappa series Kashi — Secret of the Black Temple has released, topping charts again. In a candid chat, he tells us more...

“I know this might sound silly, but even now when I read some of the more intense parts of HARAPPA, PRALAY and KASHI, my eyes well up. As I see it, this heady combination of mythology, history, fantasy, crime, human-ambition, love, mystery and deceit is precisely the reason why all three books have received boundless love from readers all over India, and have emerged as bestsellers,” shares Vineet, who’s recent read Kashi — Secret of the Black Temple  tells a tale of a  final war between light and darkness, good and evil, Gods and demons. 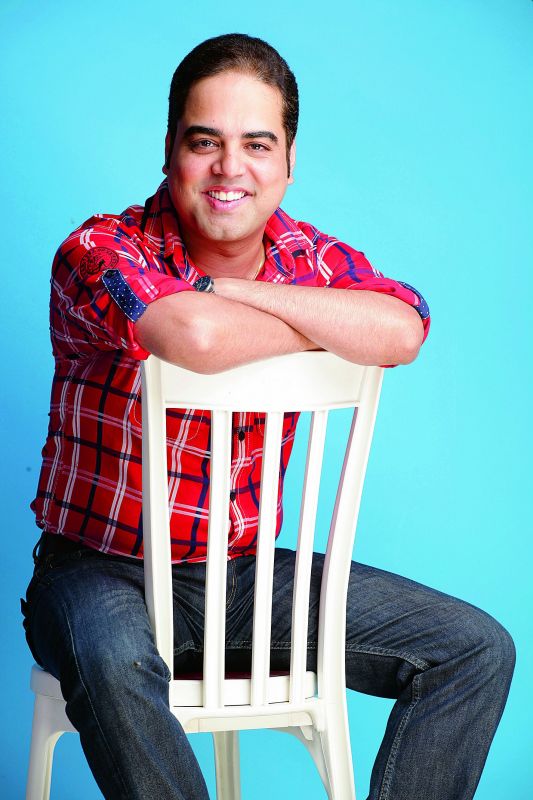 About Kashi, he avers, “"KASHI is the concluding part of the Trilogy, and was perhaps the most-awaited book of 2018. I had planned to complete it by early 2019. However, thousands of mails and messages from my readers insisting on an early release — worked like a source of energy. I completed the manuscript before time. I feel the decision was an excellent one. Even before a single copy of KASHI was printed, the book became a number-one bestseller via online pre-orders.”

The author, who was in the city recently, sheds light on his experience in namma ooru. “Bengaluru is beyond doubt one of my favourite cities in India. I came here first in 1995, immediately after class XIIth, to appear for the Service Selection Board of the Indian Navy. While I did not get selected to the Navy, I fell in love with the city. The weather, people, high-streets, food... everything was delightful. Now, of course, the landscape has changed and the city is far more metropolitan. But Bengaluru retains its charm. Visits to the city give me the rare and precious opportunity to meet Gurudev Sri Sri Ravi Shankar, and that is the biggest blessing. It was Gurudev who released Harappa at the Art of Living ashram, and the success that followed has a lot to do with his divine grace,” he elucidates.

While writing is a passion; the CEO loves to be on his toes all day. “Apart from writing, I am a full-time entrepreneur. I am the founder and chairman of the Magnon Group, one of India’s largest digital and advertising agencies, part of the Fortune 200 Omnicom network. I am also the founder of Talentrack —the country’s leading hiring-platform for the media and entertainment sector. So, you can say I am a corporate CEO, start-up tech entrepreneur and a writer... all encapsulated into one raging ball of fire!” he chuckles.

What’s next? “I am developing the fourth book of the Harappa Series. This book is tentatively titled Dhoomketu – Oceans on Fire. I am happy that I am sharing this title in the media for the first time here. But before this book is released, I am working on completing an exciting period novel — a violent and mystical love-story in the backdrop of the Great Mutiny of 1857. The book should be out by the end of 2019. Dhoomketu will be out in 2020.”