A tale of trauma

After four books — Journey of Two Hearts, It Had To Be You, I Tagged Her In My Hear, and It’s Not Right, But It’s Okay — under his belt, author Anuj Tiwari’s new book Give Your Heart a Break is yet another intriguing tale inspired by real events. Dealing with themes such as heartbreak and acceptance, the book tells a story of Addya – a flamboyant, confident woman leading a cheerful life until the day she gets married. Her life takes a turn for worse when she is caught in a deteriorating relationship, and, just like any other Indian woman, she tries to stretch her limits to cope with the situation until her brother lends a supporting hand.  `

“This is my sister’s story, and I started writing about it because like my sister, millions are suffering. I can’t change the world, but at least if I bring people something that can be helpful for them, I have done my job as an author,” says Anuj, who is also a poet, motivational speaker, and lyricist. The author also adds that the plot also focuses on an unshakeable sibling bond that is at once unique and universal. “This book will connect with one who plays the role of brother, father, husband, or a lover. It’s an unfortunate moment for a brother to write a story of his sister, which is heart wrenching and painful. I decided to write after taking her consent,” confesses the author. 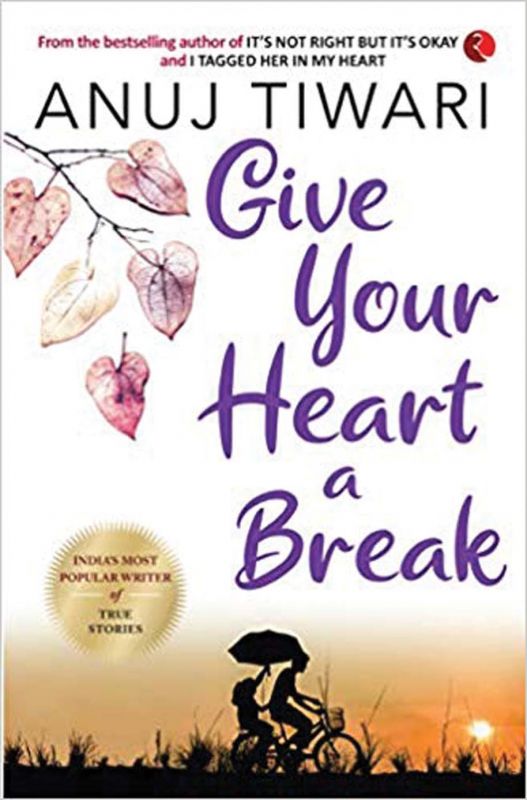 The book also follows the story of Dimpy aunty, who shares a close bond with Addya’s brother Arjun. While the protagonist’s introduction is disturbing owing to her personal life crisis, Dimpy aunty appears to be a strong female figure in the book. Ask if the contradiction of both the female characters was intended, the author responds in negative. “Dimpy aunty has also gone through the problems and hurdles to live a life she deserved, but it is just a coincidence and matter of time when you become stronger for your people, even if you are broken inside,” Anuj explains.

A self-proclaimed ‘people’s author’, Anuj finds his inspiration from things that may be mundane for many; Give Your Heart a Break is touted to be his first novel based on the sibling relationship. “There is nothing written about this before, so I thought writing about it without any parameter of success or acceptance,” says the author. Asked if writing about real instances is easier than concocting a story, he reveals that it is equally complex. “At least, you don’t receive threats for not writing such books. Research would have been better if you don’t have your and your family’s life at stake. I was writing a book about men’s crimes within four walls.

It is not a safe deal,” says the author in conclusion.