Adrift by Amrish Malvankar and Horizon by artist Shailesh Parwatkar

“I’ve always longed to  make those very incorrectness –— those deviations, remodellings and changes of reality, so that they may become, yes, untruth if you like  — but truer than the literal truth.” — Vincent Van Gogh, from The Letters of Vincent Van Gogh.

Famed artists Amrish Malvankar and Shailesh Parwatkar’s shows titled Adrift and True Horizon at CKP will be showcased towards the month end. Amrish Malvankar and Shailesh Parwatkar, both prolific artists who work in a visual medium that is both realistic and abstract, establish the notion of duality – transcending with easy facility from one language to another. The exhibition Adrift is premised on glancing at works that resonates with this notion that is eternal and spiritual. 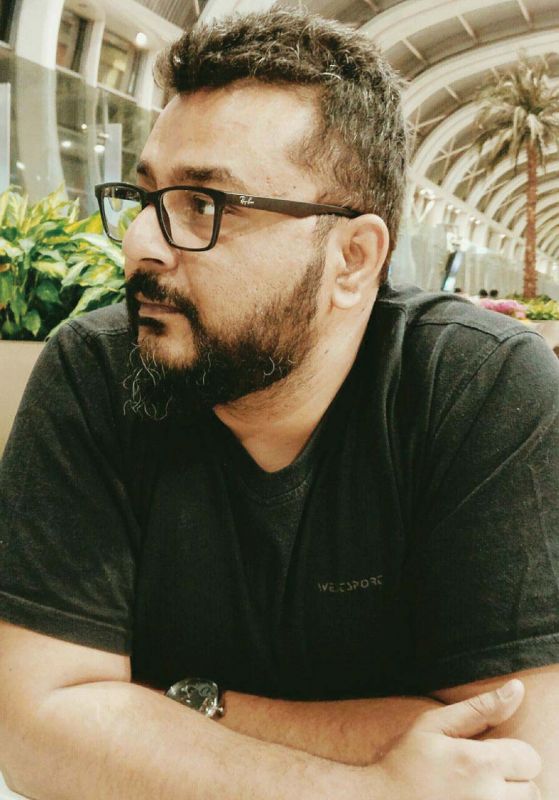 The artists are both graduates of the prestigious JJ School of Architecture, Mumbai, and have been successful architects in Bengaluru with over two decades experience. Their keen sense of design and eye for natural beauty has spilled onto the canvas, creating impeccable works of art. Adrift is a mono-print series of paintings that allows colour, form and bold lines to frolic across the canvas, creating an immersive experience of the mind and soul. Each painting encourages the viewer to let his thoughts flow freely with abandon, gingerly tied only by imagination. New Horizon plays with the concept of a mirage whilst keeping the horizon as a focus, the artist allows for delicate lines of colour to fade and merge.

This creates a beautiful illusion that disappears as you step away from the canvas. Amrish says, “This is my 26th show and my fifth solo show. I began my career as an architect as my parents never considered art as a serious career. I stopped practicing architecture in 2008 and my wife played a pivotal role in helping me exhibit my art publicly.”

Amrish’s Adrift, has monoprints / monotype series of paintings which, captures the artist’s thoughts as they flow, merge and come together on paper, creating an imagery that anchors you but keeps your mind afloat. Exploring form, colour and textures, the artist creates a arresting visual image which eggs your imagination to go wild. Bold lines, stark contrasts and striking compositions, delicate technique and form make for a captivating image. Each painting captures a thought that sieves Adrift from reality and tenuously moored by imagination. Shailesh’s series, True Horizon has a different concept entirely centred around the horizon. The horizon is an imaginary line, which recedes as you approach it. Keeping the horizon in focus, the artist has cleverly put in the mirage effect, which gives an illusion of forms and figures – only to disappear into the landscape when you step back. Both do justice to the artists’ respective concepts creating a visually stunning masterpiece.

— The writer is an art expert and curator. The shows are on from June 26 to June 30, at Chitrakala Parishath.