Result of itch to hit the sweet spot

His chapters are names, not numbers. Ravi, Anand, Rama, Madhu, Devang. Detailed anecdotes of an IT company in Bengaluru, of a meditation centre somewhere, of a remote village in the north. You tend to place the first-time author – Vishak Shakti – into each of these places, for how else would he know the nitty-gritties so well. But he hasn’t been to most of the places he writes in detail about, Vishak says, in an interview. It was curiosity that made him write Mango People in Banana Republic — his first book. A curiosity to find out if you may partake in your pet indulgence — writing in his case — and get away with it.

He has a philosophy for it too. “Imagine an unbearable itch coming on, in the middle of a crowded street, and venturing to steal a scratch. That I think is the universal writing impulse.” That’s how he writes too, not quite what you call literary fiction, neither pulp, it’s somewhere in between. It is not clear where he got this itch from. Perhaps in the years he grew up in Thiruvananthapuram, or perhaps later when he spent his life outside of his home state, ‘toiling in the tech industry, in places like Bengaluru, Hyderabad and Mumbai’.

Then he says confusedly, “Having grown up in Kerala, which is culturally a country in its own right, when I look at India, I can’t help but notice the weird. As an expat Malayali, when I look at Kerala, I can’t help but notice the bizarre. When my day job as a product manager gives respite, I tend to contemplate the weird and the bizarre, which probably led to this book.” 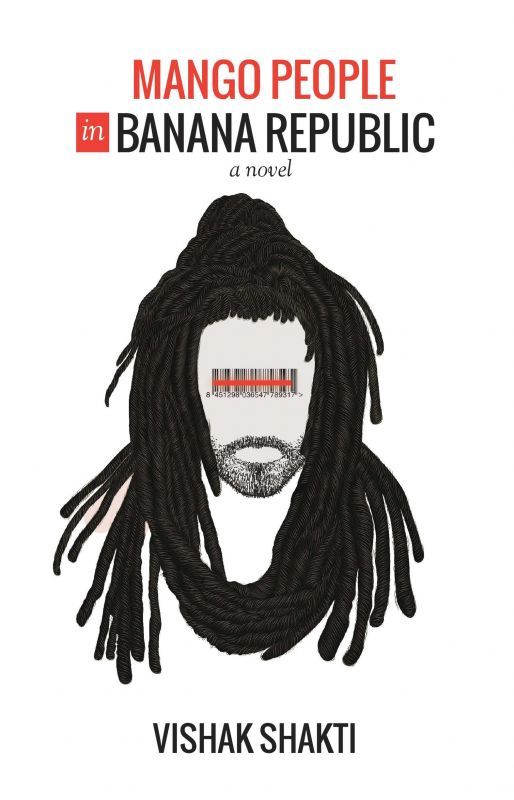 And this book, which talks about an IT man Ravi who leaves his job in a really unusual manner, about a scientist in meditation, about farmers’ suicide and Maoist cause, is ‘really not about the issues addressed in it, or about the individuals’. It is about being in a state of politically manufactured identity crisis, which is the median living experience of the average Indian today, Vishak says in his characteristic pattern of wording. “And I think the Left, Right and Centre are culpable in this enterprise in competing measure. Possibly the only thing that keeps us sane as a population, that perhaps being a debatable claim, is our genetically Indian ability to lean back from time to time and look at the whole thing as a satire or even a farce.”

That’s what this is, a satire, or as described at the back of his book, ‘an absorbing read and a laugh’. Vishak knew what he didn’t want to write – a boring book that he had often found most prize winning books to be. Or frivolous that he found popular books to be. What has worked for him — ‘hit the sweet spot’ — are entertaining, well-written books with broader themes, like Stephen King’s Rage, Chuck Palahniuk’s Fight Club and Murakami’s Dance Dance Dance. “The attempt with this book (emphasis being on ‘attempt’) was to try and hit that sweet spot, because as some famous writer famously said, a writer must first entertain himself.”

International Museum Week from May 16 to 21 at Salar Jung