K C Singh
The writer is a former secretary in the external affairs ministry. He tweets at @ambkcsingh

Levison Wood’s travelogue, Arabia, is about what he calls his journey “Through the Heart of the Middle East”. This has a long and haloed precedent in British travellers exploring the deeper regions of  Arabia considered even till mid-twentieth century as not traversalable on foot. Sir Richard Francis Burton, linguist and explorer, visited Mecca in 19th century in disguise as non-Muslims are forbidden entry. He was also the first to translate Arabian Nights into English. In past century Sir Wilfred Thesiger crossed in foot in 1946 the Empty Quarter, vast sea of sand, that separates Saudi Arabia from Oman and United Arab Emirates. He repeated it the following year. His book Arabian Sands recounts that adventure. 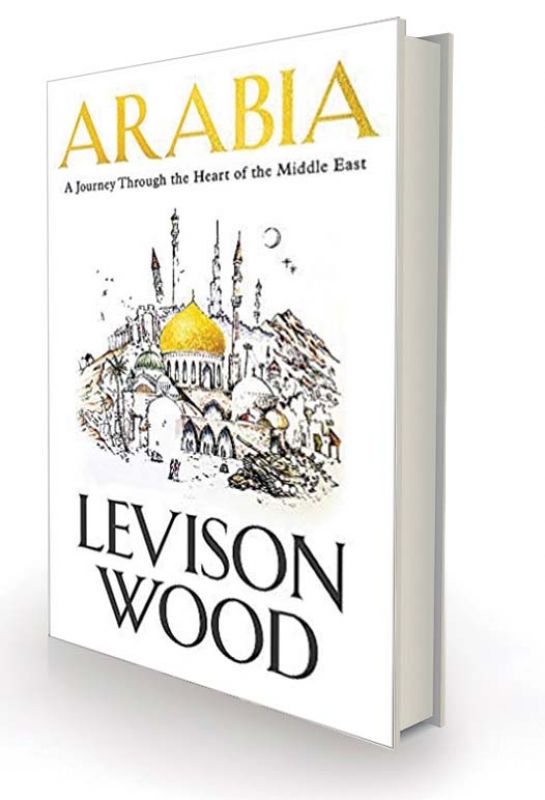 Arabia: A Journey Through The Heart of the Middle East by Levison Wood Hodder & Stoughton, 368 pp, Rs 561.22

But Wood’s journey is wider and traverses a geo-politically altered region which is not only more urbanised, richer but also dangerously divided by Shia-Sunni contestation, Islamic radicalisation and terrorism and myriad militias and even pirates. And yet as the writer explores the non-urban vastness behind the urban glitter or degradation he finds that the Bedouin traits of “courage, generosity, loyalty and stoic determination” persist amongst the people. There is also destruction and trauma as he meanders through literally the entire space from border of Turkey to a journey through Iraq, Kuwait, UAE, Oman, partly Yemen and then a by-sea-and-land journey through Somalia, Djibouti and onto Saudi Arabia. From there he works his way up through Jordan, Israel and eventually Lebanon.

What makes his travels absorbing is that he has combined on foot journey with hitch-hiking wherever roads and traffic permitted it. There are many nights where he camps outdoors or simply relies on his Bedouin companion’s native skills to meet the challenge of terrain and weather. His guide changes from country to country and Wood captures their traits and world view graphically. History and culture are related to current reality.

He arrives at Mosul, Iraq days after it was retaken from ISIS. He loiters through the debris and the ruins of al-Nuri mosque where al Baghdadi declared himself Caliph. He then travels South through ongoing combat against the backdrop of ruins of some of the oldest cities and cultures of the world. He visits abandoned five-thousand-year-old Sumerian ruins, with shards of pottery and bricks with cuneiform writing littered unattended. He stops, reminisces and moves on towards the half-way point- the Rub al Khali or Empty Quarter. En route he has interesting observations about new Arabia. In Dubai discussing easy availability of liquor and the locals generally ignoring even slightly inebriated foreigners he correctly concludes: “Basically, the rule, of thumb is it’s okay to get pissed, just don’t piss off the Arabs.”

The portion about his crossing of Empty Quarter, starting from Nizwa in Oman and traversing to the coast north of Salah provides drama as dangerous as cutting through terror affected parts of the region. The enemy here is nature resisting human intrusion. The dependence on camels and the local knowledge of the Bedouin guide in navigating and surviving in the harsh barrenness of seemingly endless desert makes for existential struggle that Thesiger underwent. In six decades the desert has remained as remote and remorseless.

His journey then winds through Saudi Arabia where his minder drives him along the Red Sea coast, bypassing Mecca, stopping in quaint and even deserted old villages. The occupants have opted for urban existence in a post-oil Saudi Arabia. But a chance encounter with rusted remains of a train blown up in 1917 brings Wood directly into footsteps of the other famous Arabist Col T.E. Lawrence, made even more famous by Peter O’ Toole in the movie, Lawrence of Arabia. He takes a little break as he celebrates Christmas in the Holy Land of Israel. But even there the Palestinian-Israeli stand-off provides the tense backdrop. Wood observes the irony of descendants of David wielding guns with rubber bullets with metal cores while the children of Goliath, in a role reversal, throw stones.

From Israel Wood is unable to cross into Lebanon or Syria but discovers a cosy arrangement between Israel and ISIS. In this strife torn region strange are many bedfellows as nations jockey to survive or simply protect their national interests. But the most fascinating is his short sojourn in Damascus. The capital of Syria, still undamaged by war and destruction, rampantly manifest elsewhere, is a magical oasis of secular coexistence with girls in miniskirts and storytellers in an old bathhouse turned into a cafe.

The journey eventually ends at Lebanese port of Byblos, from where the Phoenicians spread their power and influence. The book is very easy read despite carrying the reader through complex and dangerous lands. For those not familiar with the region it is a welcome introduction. For those with some knowledge it still provides new socio-political insights. It is not a geo-political treatise.

Being a travelogue it carries the reader through lands that have seen uneven prosperity, ethnic fissures and religious contestation between the secular and the bigoted. Ironically the current turbulence has been caused by US intervention in Iraq in 2003 and Arab Spring, which deposed autocratic rulers of Egypt, Libya and Tunisia. The result has not been democracy and constitutionalism. It is by literally walking through this fractured world that Wood did the impossible. He survived to tell his interesting tale.

The writer is a former secretary in the external affairs ministry. He tweets at @ambkcsingh