Sijin with his doodle at World Art Dubai.

Dubai became a blessing for Sijin Gopinathan. Art came back to his life in a strange way. After work hours he began going to artist meetups, where for two hours, they’d all sit inside a restaurant or an open ground and make theme-based sketches. Sijin had just landed in Dubai and found that the painting materials were expensive. So he went back to his pen or pencil and began doodling. All he needed was an A3 notebook. He had no idea then that doodling was going to take him to places he had only dreamt of before — like the World Art Dubai.

“I have gone to the World Art Dubai before and wished that I could do live painting there. And now it happened, when I became one of the participants of the Doodle Marathon, which had four artists doodling over four days,” Sijin says on a call from Dubai. He has been there for four years now, called there from Thiruvananthapuram for a job after someone was impressed by his website Thee Designer. He is a UI Designer and Illustrator, a job he loves doing so much that he doesn’t want to be a full-time artist. “I like the tech part and the art too,” he says. 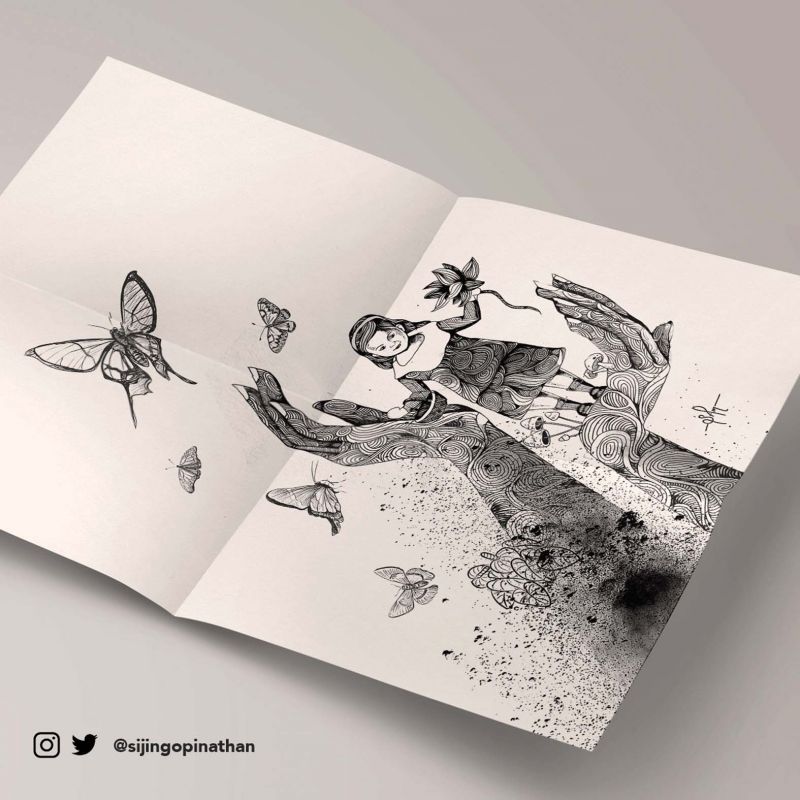 The doodle at the Global Woman's In Leadership Economic Forum.

Sijin’s doodle art also got selected at the Global Woman In Leadership Economic Forum, 2017, where he spoke, and got appreciated by the likes of filmmaker Anurag Kashyap. He had also taken part in the ‘Year of Zayed’ group art exhibition combining Indian mural art with the colour gold as well as the tech conference at American University of Dubai where he made tech-based live paintings.

None of this has been easy. Even now he works on his art every night, after office hours, from 9 pm to 3 am. There is little sleep, he knows, but it is worth it. And he makes up for lost sleep during the weekend — Fridays and Saturdays in Dubai. His family — wife Sreedevi, a teacher,  and a little girl Nora – inspires him too and he speaks lovingly of the mother and baby he drew. 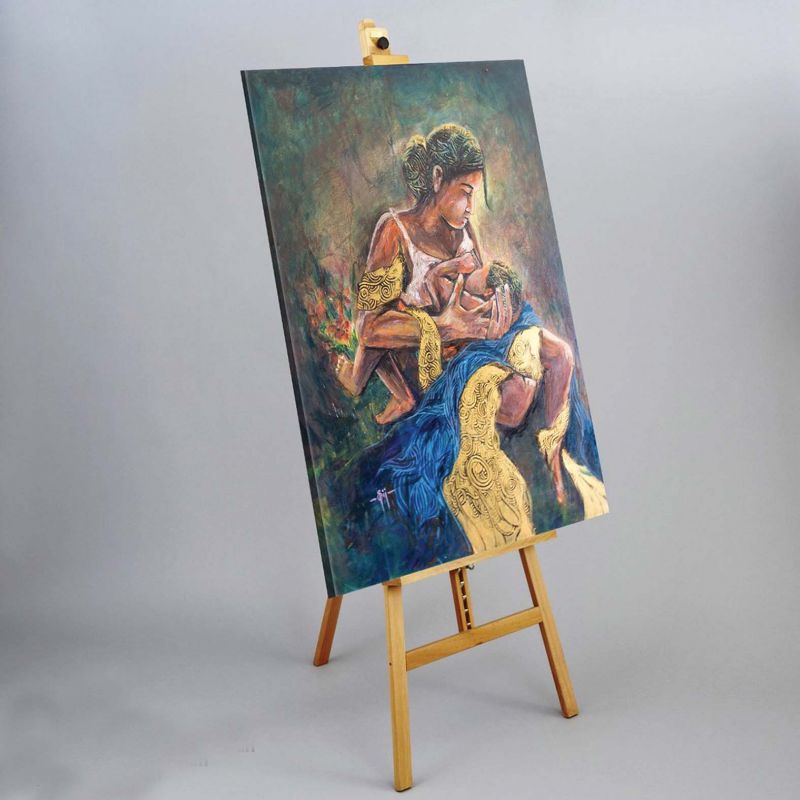 Inspiration also comes from his artist group meetings on Mondays and Thursdays. “I must know more than 200 artists in UAE — of different nationalities and cultures. If we tend to use a lot of green because of what Kerala is, you find Egyptians using yellow.”

Growing up in Thiruvananthapuram, Sijin had taken part in everything from pencil drawing competitions in class 1, to art contests in newspapers, winning prizes. He took his diploma in graphic designing from Image. He hopes to come to Thiruvananthapuram in July to put up his first solo exhibition here, associating with a friend Zafar Ameer.