Book Review: Will the Chinese Belt and Road change the geopolitical game?

Hambantota port in Sri Lanka, which was built with Chinese collaboration as part of the Belt and Road Initiative;

China’s Belt and Road Initiative (referred these days simply as “Belt and Road”) is possibly the most discussed issue in global circles today. It not only poses the big question of whether China will dominate the world soon but also how different countries in it will be shaped by this giant economic and geopolitical initiative.

Bruno Macaes, Portugal’s former Europe Minister and currently a senior fellow in China’s Renmin University, has written a book that not only takes a look at the project but also traces its implications for the global order. It is a book that needs to be read in today’s geopolitical environment where China’s rise to superpower status seems inevitable.

India too has much to think about the Belt and Road, despite having rejected it at the political level. Despite its obvious downside, could India be missing out on a development that appears set to change the world and particularly the Eurasian supercontinent?

Author Macaes, apart from explaining what the Belt and Road Initiative is all about, also focuses on the issue of India’s involvement or lack of it. “China has called India its natural partner in the Belt and Road, but views in India are decidedly cooler”, the author points out.

“In this book I present India as, in some fundamental sense, the key to the Belt and Road. That has less to do with geography than with history. As two rising giants, China and India will play a disproportionate role in shaping the new world political and economic order, but like every claim on the future their role remains ambiguous.” 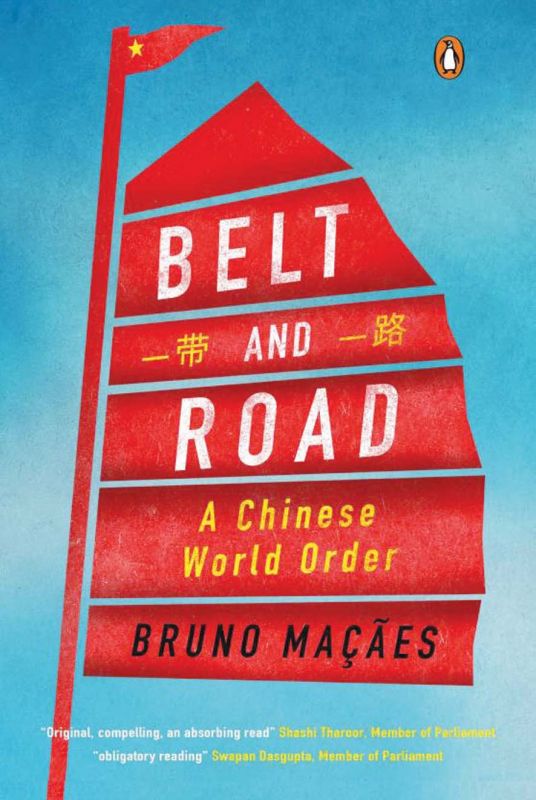 The Belt and Road is more a concept than a legal or economic blueprint signed and sealed by its conceptualisers, according to the author. A large part of the book explains what the Belt and Road is all about, its nuts and bolts and then goes on to discuss the impact it is having on the world political and economic spheres.

The narrative takes us across the globe where momentous changes are occurring as Chinese money, expertise and engineering spawn entire cities, railroads, ports and highways. But more than anything else the book is rich fodder for thought.

“The best image of the Belt and Road is not the trains crossing the Eurasian supercontinent, or the ports and industrial parks opening up along the way. It’s the cities being built up from scratch. These are what will change the physical and human landscape of the planet, creating new ways of life, new ideas, new adventures… This is where the real competition between states and between political models will happen. It is not about territory; the economy is what matters. Nor is it about who has the biggest companies; those can relocate or be disrupted. It’s really about ecosystems: collection of companies, workers and consumers — clusters of culture, social life and economic activity. In other words, cities.”

In the end the author posits the central question surrounding the Belt and Road project: will it succeed? “If all goes according to plan,” he writes, “the Belt and Road will change the shape of the world economy and world politics, returning us to a time when China occupied, if not the centre, at least a central place in global networks.” But will that indeed happen?

Among the challenges the author lists, is financial. Too much cheap financing leading to mounting debt could clobber the Chinese global project. Similarly, growing opposition from countries that realise big ticket Chinese investments are driving them deep into debt. These countries include Malaysia, Pakistan, Myanmar, the Congo and many others.

The author, however, believes that the Chinese debt threat may be exaggerated. Just as the US dollar “enjoys the ‘exorbitant privilege’ of being accepted everywhere as a bearer of value even though it is not backed by any tangible asset, so too the Chinese Yuan — which is not freely convertible — must be accepted by participants in the Chinese economy — on its way to become the world’s largest — which gives the government the ability to print money at will in order to stimulate economic growth, with limited risk of inflation”.

One possibility, the author suggests, is the eventual decentralisation of the Belt and Road project. Just as today, we talk about American leadership rather than domination of the global order, the author argues, “the Belt and Road may evolve into a complex system where countries occupy different levels in its hierarchy and some may even acquire managing rights in the initiative”.

There are many questions of course and the debate over China’s Belt and Road initiative will continue in the years and decades to come. But, as the author points out, it will be a game changing development for the entire world. Like it or hate it, it is going to dominate the world economy and the geopolitical discourse.

This book poses myriad questions and offers tantalising scenarios. It’s a must read for those who want to know more about this impossible-to-ignore Chinese initiative and join in the debate about its future.

The writer is an independent commentator on political and security issues