Poonam aka Audrey and her creations

Poonam aka Audrey is a 22-year-old 3rd year university student from Dhaka, Bangladesh, majoring in Marketing. What makes her different from any other youngster of her age; however, is the fact that she etches amazing doodles that will leave any art lover spellbound. 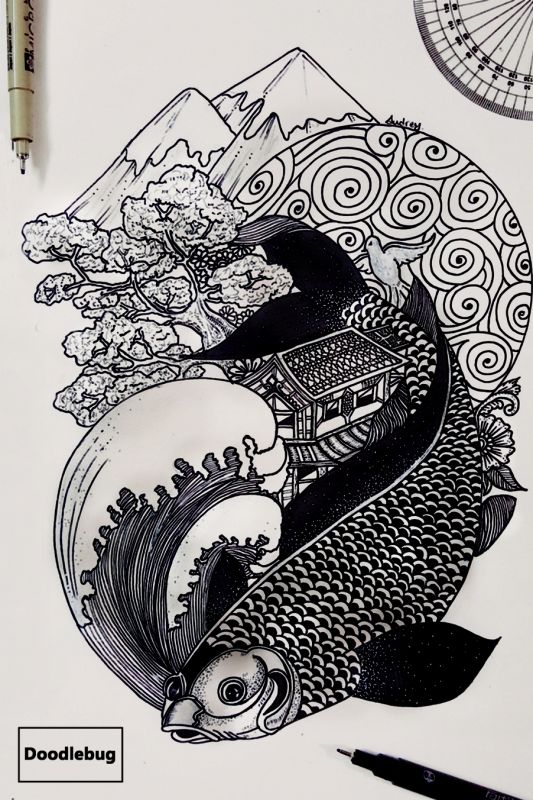 Image of a fish as sketched by Poonam

Speaking about her pet project Doodlebug, Poonam says that it started off with her posting her works on social media accounts, but after a while her friends started to push her into making a page where she could share them with other art lovers.

“At first I was a bit skeptical because that required me to confidently put my work on public display and the whole idea made me nervous. But eventually, I started posting things on a regular basis and saw positive response on it. That lead me to getting my initial projects through Doodlebug. “

Poonam’s affinity towards doodling was furthered by her introduction to the world of Zentangle.

“I joined this huge community of artists who practiced the art of Zentangle almost religiously and I started posting my two cents there, once in a while.”

She goes on to add, “It became this therapy for me to release my anxiety. The more details, the calmer it made me. After I opened up the page, I realized how Doodlebug became this sort of an art diary, more like a stage for self expression and my personal growth.

Poonam has been drawing for as long as she can remember, however coming up with her artistic style of expression saw her jumping from different mediums a lot. “From 4th grade to 6th grade I was heavily drawn towards anime, character designing, etc and then I went on and started to dabble around with water colors. It wasn’t until the end of 2014 when I started to scribble around with a pen and one thing led to another and I ended up finding a blend between fun, upbeat doodling and a stricter and detailed zentangle based approach.”

For the youngster, art is a form of escapism and she says that her inspirations in her love are many.

“The intricacy of Gustav Klimt is what interested me to get into the whole idea of heavy details. I also adore Sara Herranz’s sensual and effortless presentation of feminine attributes along with Henn Kim’s personal illustrative style.”

She goes on to add that apart from them she has mostly been stirred by various Japanese cultural aspects and artistic concepts including Ukiyo-e which roughly translates into ‘pictures of the floating world.’

Poonam has already started on a career where she works as an artist and an illustrator, apart from trying to keep up her university grades, (“Which is incredibly stressful on its own,” she adds) she is also teaching and says that even if she tried quitting that, her students would never let her go.

“It’s adorable and scary at the same time,” she says.

“They have been very supportive and encouraging when it came to my artistic endeavors; my most loyal fans if I must say.”

From an intricate image of a fish in water, its scales etched to perfection amidst rising waves, or a representation of Mona Lisa using only ink and nib, the works of Poonam are intricate representations of beautiful artistry. And Poonam says that etching them are not always easy.

“For my renditions of famous artworks, they took like 5-7 hours each. I didn’t exactly have any intentions to butcher the original masterpieces so it took more attention and patience than the regular ones which take like 2-3 hours at least.”

She further adds, “If I’m not procrastinating or going through a block which would lead to days or weeks (sometimes even months)!”

Another aspect of Poonam’s doodles are the marked lack of color that she exhibits in them , her artwork accentuates the black of the nib on paper and make for riveting study of famed artworks.

“Colors are much sanctified in my head I suppose, each color and shade represents an emotion or reason, and so I’m very careful as to how or where I use it. But when I draw anything in black and white it’s more about a certain expression, almost like a thought that is definitive on its own.”

While maintaining her studies and commercial projects take their toll, Poonam says that people are nice enough to give her the space she needs. “I have had 2 finals on the same day as my commission submissions," she says, adding, “Luckily for me, I get to work with incredibly nice and patient people."

As for how people have reacted to her artwork, Poonam concludes, “The people, who regularly follow my art blogs and support my art, are some of the most amazing followers ever. They are quite intrigued as to what I draw or how I do it. I mean, I literally get messages asking why I haven’t been posting art videos ever since I started and why the shop has been under construction.” 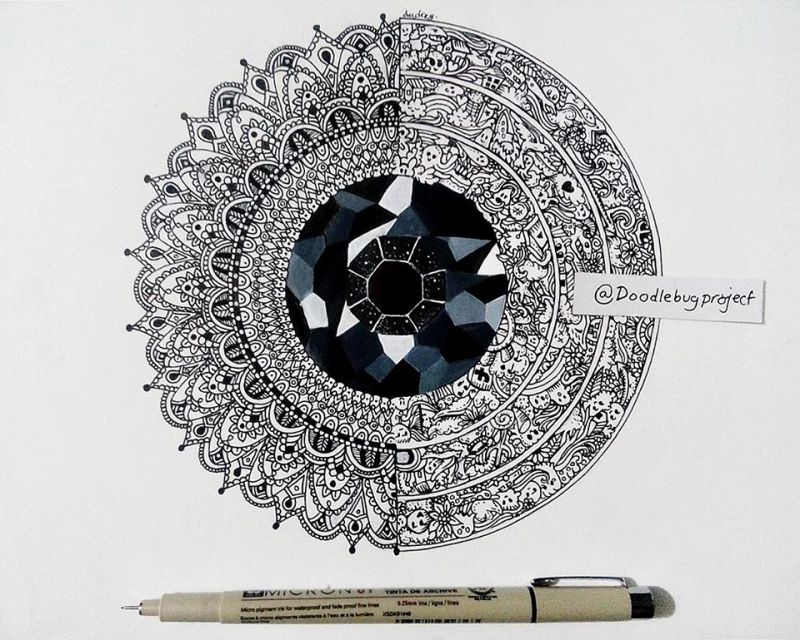 A sketch by Poonam

“I honestly, have been flattered to a great extent because it showed how much I have affected them with my art and how much it is appreciated.”