The idea for Sara simmered in Shashi Warrier’s head for a few years, germinating precisely when he started developing an interest in cooking. His reason for learning to cook, he confesses, was to be more independent.  “I started working on Sara in 2016,” states Shashi. Shashi has written seven books prior to this, he says this is his first romantic novel. “I was nervous about Sara all the while I wrote it because I didn’t figure out the ending until the book was three-quarters done,” he divulges. 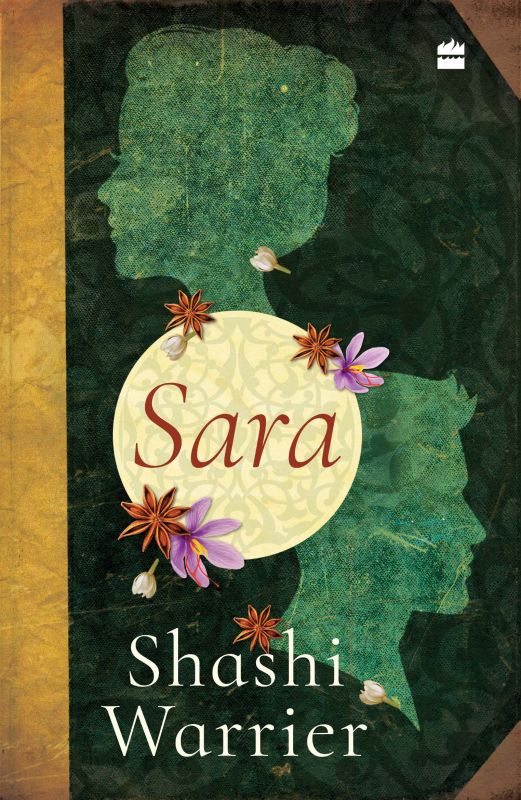 Shashi talks about how cooking formed the background of Sara, a novel that narrates the love story of Junaid, a chef and restaurateur in London, and Alice, a Christian girl who walks into his restaurant one day asking for ‘Junaid of Fatehgarh’. She is curious as she’d heard many stories about the lip-smacking food that Junaid would make, from her great-grandmother, who lived in Fatehgarh during the days of the British Raj. As the story plays out, the readers get to immerse themselves in a deep and passionate love affair, and ride the rollercoaster of its ups and downs.

The book has a few autobiographical elements, like the young Junaid’s meeting with Alice. He meets her in his late thirties just like Shashi met his wife Prita. “We were classmates in the 1970s. Nothing happened at that time. Her father was in the government service and my father in the Army. We lived in Thiruvananthapuram, Kerala,” he narrates. “Later, her father was transferred to Bombay. My father retired from service. We both went ahead with our lives until she happened to see my book,” he continues. When they got back in touch, Prita was married and Shashi, a bachelor. As life moved on, she lost her son and her marriage ended. They later got together and soon became husband and wife. “All this happened in my late thirties. My parents had given up hope. I had problems with my shoulder and one eye. To those who’d come home considering an alliance with me for their daughter, my father would say, ‘the boy has one bad eye, one bad shoulder, no job, he gorges himself, sleeps and snores all day, and he sits all night with my typewriter writing God knows what’. Then, they would go,” he laughs, recalling those days.

Shashi says the basic traits, including the progressive attitude of Junaid, are derived from himself. Also, his restaurant is set in London where the author spent a few years. “I was working in England in 1993 - that’s when Junaid meets Alice - so I had no trouble with the London of that period. But some of the bits - the cemetery, the place where they get married, and so on - I researched. I placed Junaid’s restaurant on Regent Street because I was familiar with that street in the 1990s, thanks to some visits to Veeraswamy’s, a well-known South Indian restaurant there.” The book The Raj at Table: A Culinary History of the British in India by David Burton has helped him in developing the British Raj part.  Ask him about the secret recipe of Junaid that Alice is curious about, he says that is pure imagination and struck him in a totally different ambience. “I got it while playing with the dogs on the Someshwar beach near home,” admits the beach lover.

He credits his love for beaches to his wife. “She loves beaches, and introduced me to them,I get most of my ideas out on the beach. Sadly, half the beach has been washed away this year in the rain. Another inspiration is riding the bike. I used to go for long-distance motorcycling until my surgery. I plan to get back to it soon,” Shashi is hopeful.