Quirky sleuth on hunt for serial killer in surreal thriller

The book quickens towards the end when the bodies and the threats pile up.

A detective with an odd name and Sherlock Holmes’ height. Where Juni Dagger comes from is suspect because he has green eyes and a habit of stiffing people with his food bills. Hired to track down snipers in a village, which seems suspiciously like Pondicherry, though it is a port city. People are being shot down serially for no reason that anyone can guess and the mayor has brought in a famous sleuth to sort things out. Dagger demands a sidekick since he doesn’t have one of his own and all famous sleuths have one. The mayor provides him with the nerdy Monroe and the two flounder through the restaurants of Meraupatnam. Juni occasionally manages to stop someone getting shot but without much luck in finding out who is behind it all. 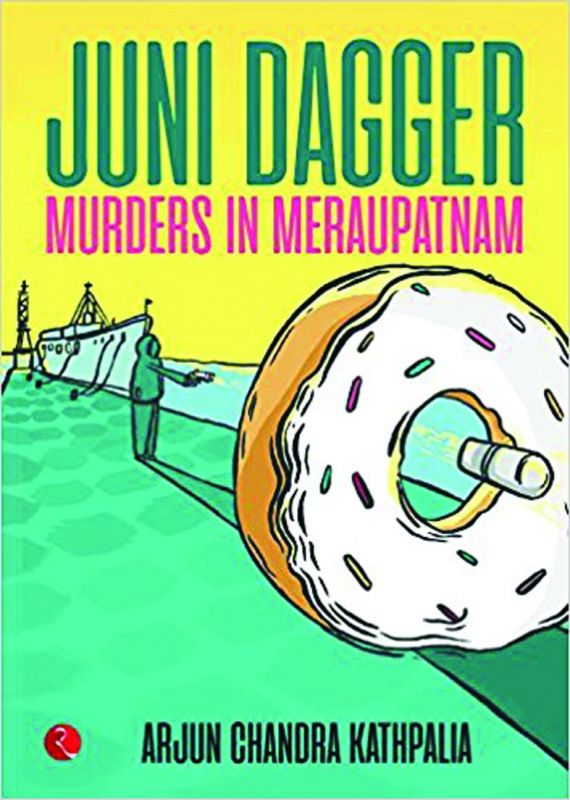 Arjun Chandra Kathpalia is 16 and has all the 16-year-old’s tropes. The world he creates is more cosmopolitan than Indian — a fusion where his main characters are named Monroe and Cameron and his heroine is a nascent ninja with the star pointed shuriken at her disposal. Since this is his first book, Kathpalia takes his time in coming to grips with the plot and obviously has great fun with the fact that Dagger loves shawarma. He is in fact a serial eater moving from shawarma to pizza to balti pie, but finds himself frustrated where seafood is concerned because a mysterious rhyme hints that prawns are part of the clue to the murders.

Kathpalia has a cast of quirky characters who hold the story up while they sort out their relationships, their food habits and their suspicions. There is plenty of action… dead snipers dropping off cornices on people, or living ones popping suicide pills under Juni Dagger’s nose time and again. A lot of it is due to the fact that it is a debut book written by a young person who has places and characters in a potpourri whizzing round and round in his head. There is also the fact that plotting the requisite red herrings takes time and some people used quirks to act as the smoke and mirrors.

The book quickens towards the end when the bodies and the threats pile up. Kathpalia keeps readers guessing as to who is committing the murders and certainly there will be more Juni Dagger books in the offing.

However, readers do need to know how he got his name. A streak of surrealism running through the story gives it a different take on the usual thrillers and this one will appeal to gamers who will appreciate the body a minute phenomenon with people shunting from place to place.

— Anjana Basu is the author of Rhythms of Darkness

Book review | Of teachers, creativity, change and other forces that mould us